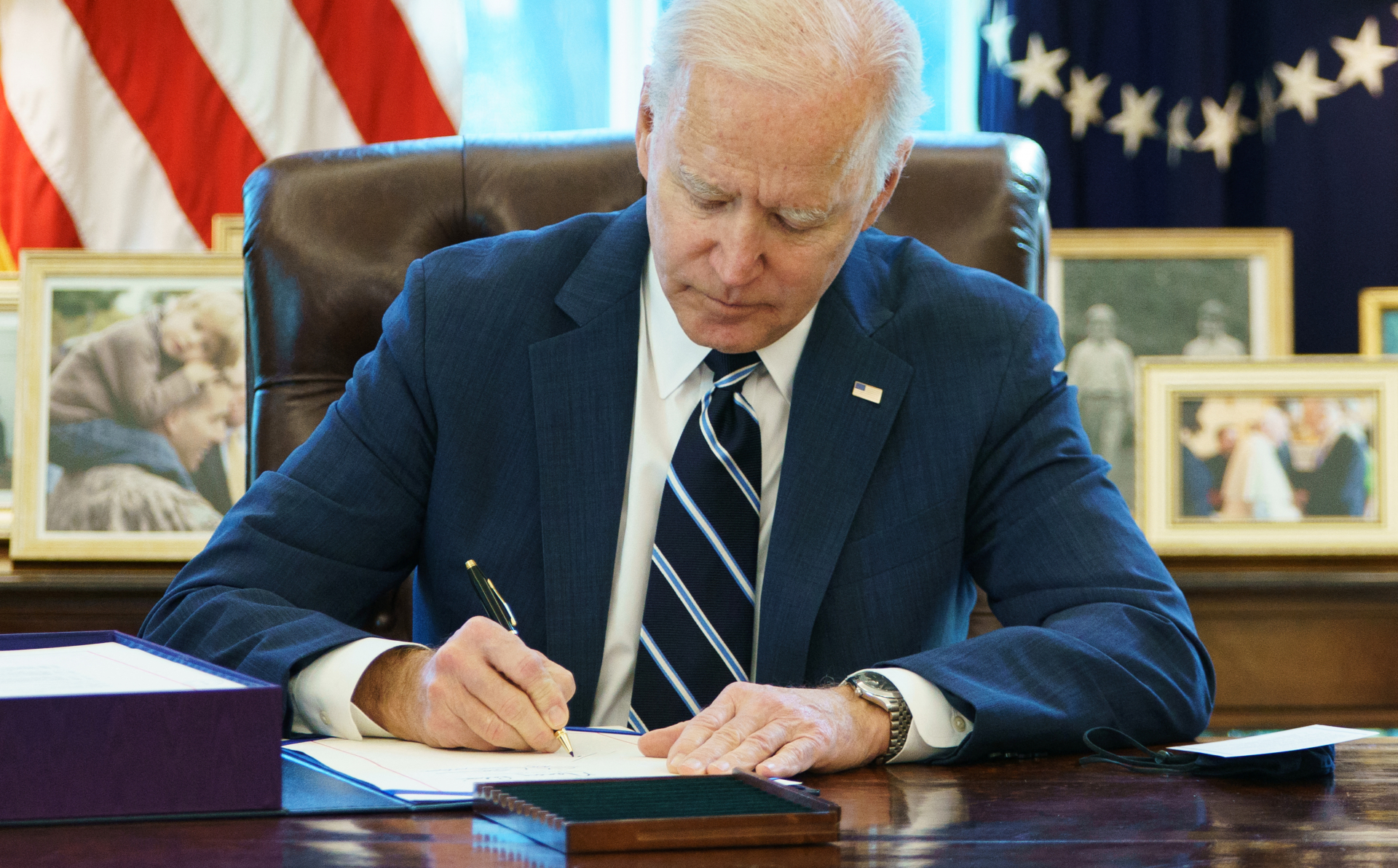 US President Joe Biden signing the American Rescue Plan on March 11, 2021, in the Oval Office of the White House in Washington, DC. (AFP / Mandel Ngan)

Social media posts claim the $1.9 trillion pandemic relief act includes enough money to pay every American $1 million, and there would still be funds to spare. This is false; it would cost more than $300 trillion for all of the country’s citizens to receive that amount.

“1.9 trillion. They could have given every AMERICAN a million dollars and saved 1.5 trillion. Think about that,” says a March 14, 2021 Facebook post.

President Joe Biden signed H.R.1319, officially known as the “American Rescue Plan Act of 2021,” on March 11 after its passage in Congress without Republican support.

The money unlocked by the legislation is not close to the amount required to pay every US citizen $1 million.

According to US Census Bureau data, there are more than 300 million American citizens. Paying each of them that amount would cost in excess of $300 trillion.

Other posts on Facebook claim more than $1.2 trillion is unaccounted for after deducting the cost of stimulus checks paid to individuals under the relief package.

But the posts incorrectly say that those payments amount to $2,000 when they in fact do not exceed $1,400 and will not go to everyone because of caps on earnings eligibility for families, single taxpayers and heads of households. The posts also fail to account for other parts of the act which spreads aid across broad swaths of pandemic-stricken American society. Its measures include an extension of $300 a week unemployment benefits, assistance for health insurance, and ramped up funds for Covid-19 vaccines.