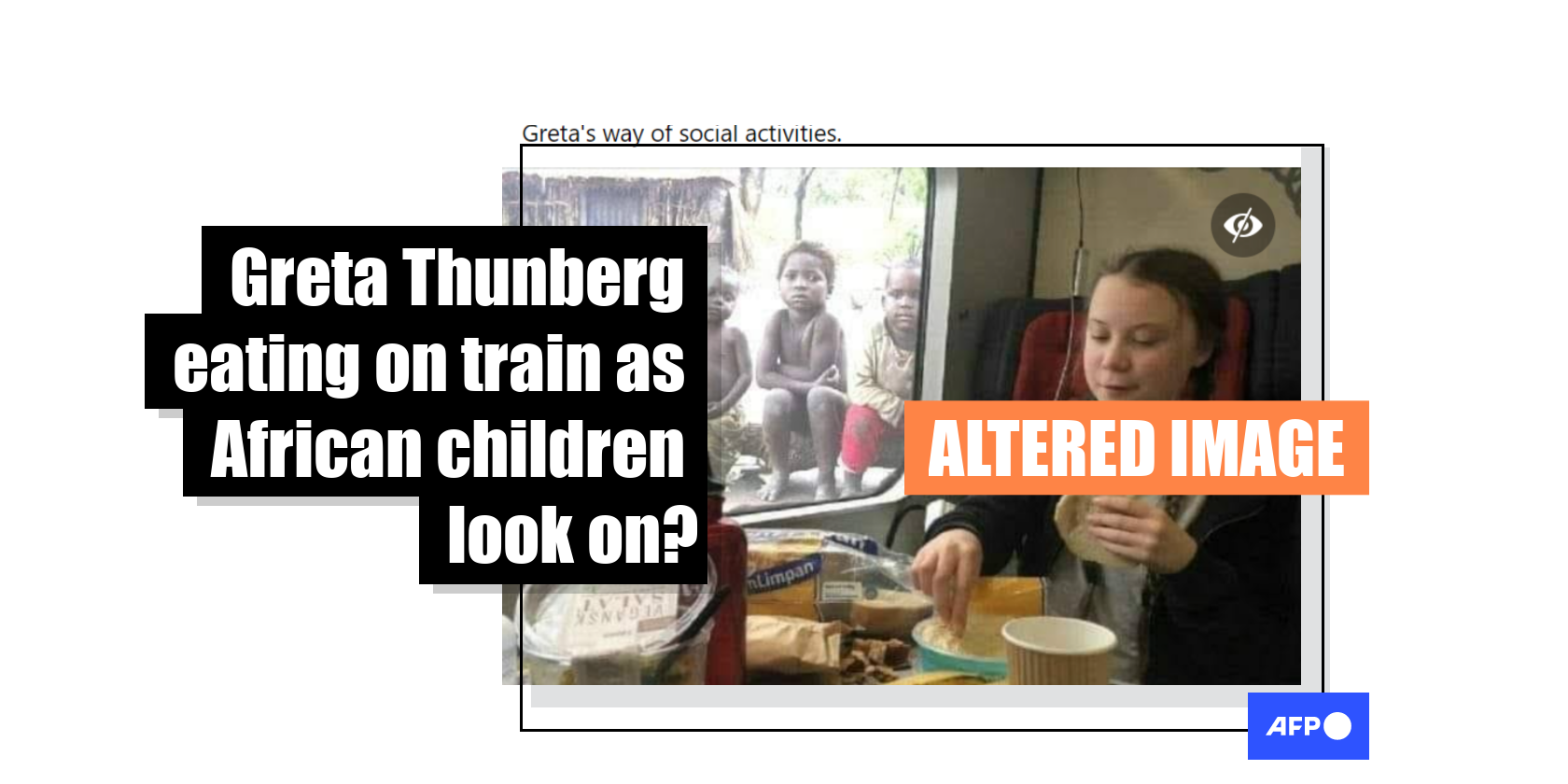 An image has been shared in multiple Facebook and Twitter posts that purports to show Swedish environmentalist Greta Thunberg eating on a train while a group of African children look on. The posts mocked Thunberg for her social activism after she tweeted in support of mass protests staged by Indian farmers in Delhi. The image, however, has been doctored: the image of Thunberg has been digitally manipulated to insert a photo of some children in the background.

The photo was published on Facebook here on February 16, 2021.

“In her Toolkit GretaThunberg wanted #AskIndiaWhy to trend. But India  turned the tables on Greta. #AskGretaWhy is trending at No.1 now. Greta’s way of social activities,” reads the post’s caption. 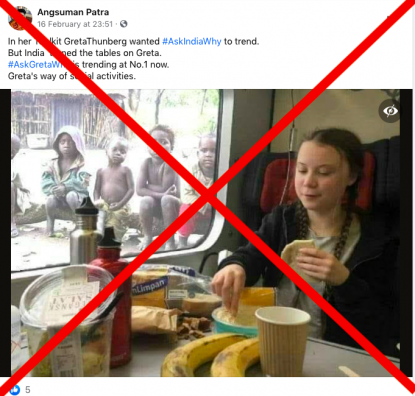 The post circulated online after Thunberg tweeted her support for  the Indian farmers farmers’ protests on February 4, 2021.

On February 19, 2021, she also voiced support for an Indian activist arrested over a guide for anti-government farmers protests, which the Swedish climate campaigner had earlier shared to social media. AFP reported on the developments here.

Below is a screenshot comparison of the doctored photo (L) and the original Twitter photo (R):

A reverse image search found the photo of children in the background was published by Reuters news agency in August 2007 in an article about a deserted village in the Central African Republic due to an armed conflict.

The photo caption reads:  “Children living in the forests sit at a makeshift camp for the internally displaced persons near the village of Bodouli August 23, 2007. According to locals, government soldiers attacked Korosigna without warning in January 2006, part of a two-year-old bush war fought against rag-tag rebels across northern parts of the former French colony, landlocked in the heart of Africa.” 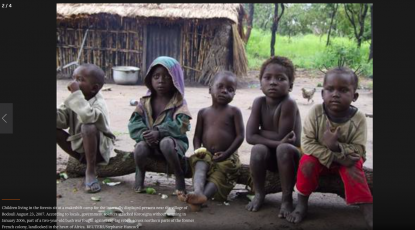 Screenshot of the Reuters photo

Eduardo Bolsonaro, the son of Brazilian President Jair Bolsonaro, posted the doctored image of Thunberg here on his official Twitter account in September 2019.