The images show soldiers digging up an old bomb

Social media posts shared thousands of times purport to show photos of Myanmar soldiers excavating the grave of Kyal Sin, a teenager who was gunned down at an anti-coup rally in early March 2021 in Myanmar's second largest city Mandalay. The claim is false: the images have circulated online since at least December 2020 in a TikTok video showing soldiers unearthing an old bomb.

Kyal Sin, nicknamed “Angel”,  was one of 38 anti-coup protesters killed in a brutal crackdown in Myanmar on March 3, 2021.

Her death attracted worldwide attention after images emerged of the 19-year-old at the protest wearing a t-shirt that read “Everything will be ok”. 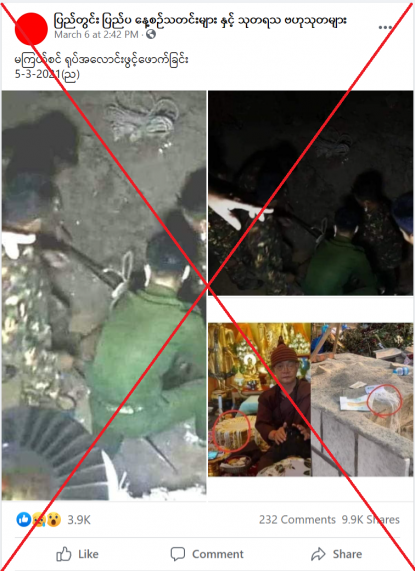 Kyal Sin’s grave was exhumed by authorities for examination shortly after her death.

State media MRTV said the body was exhumed with the permission of the family, claiming a subsequent investigation into material found on the body proved that she was not killed by the police.

Videos of local residents discovering the grave had been exhumed have been circulating on social media.

However, the photos have been taken out of context and were posted online before Kyal Sin's death.

A keyword search led to this TikTok video published on December 10, 2020, which shows soldiers digging up an old bomb. 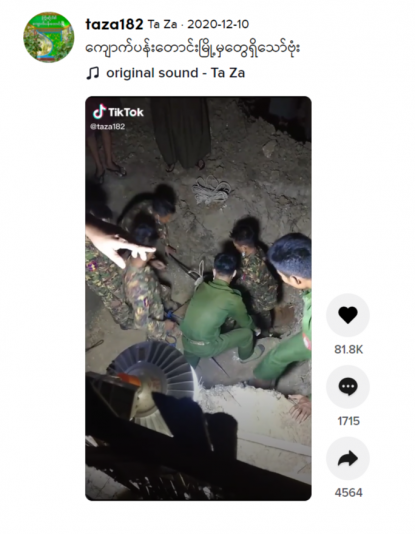 Screenshot of the TikTok video published by @Tayza182, taken on March 9, 2021

The caption of the TikTok video reads: “A bomb found in Kyaukpadaung”.

Kyaukpadaung is a town in Mandalay Region of Central Myanmar.

Below is screenshot comparison of the photo in misleading post (L) and the original TikTok video (R): 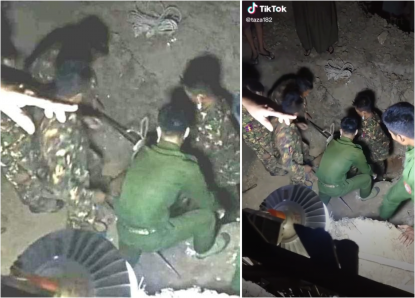