Facebook posts are being shared featuring an image of two women embracing -- one of them wearing a yellow dress and the other a black jumpsuit -- alongside a claim that the photo shows Tanzania’s new President Samia Suluhu Hassan and her daughter. The claim is false; the women in the picture are two Kenyan actresses who play a mother and daughter in a Swahili telenovela.

The accompanying image shows two women hugging; one with a yellowish tunic and a hijab wrapped loosely around her head, the other in a tight-fitting black jumpsuit.

The picture sparked a flurry of reactions online because Hassan is Muslim, and the attire of her purported daughter offends the religion’s morals. 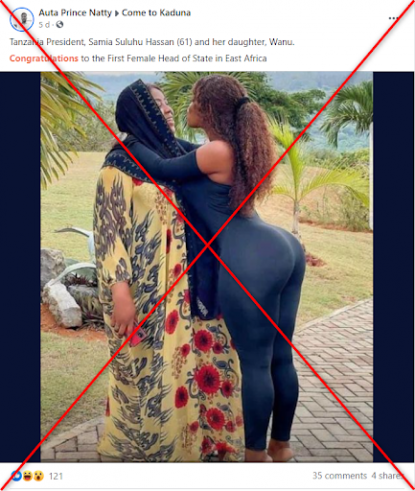 On Twitter, the same claim was shared here and here.

The picture does not depict either Hassan or her daughter, Mwanu Hafidh Ameir.

A reverse image search revealed this Facebook post published by Kenyan entertainment website, Ghafla Kenya, which has more than a million subscribers. The same image appears in the post with a caption that reads: “Actress Trish Khalid and her mother (sic).”

A Google search of the name “Trisha Khalid” led to her Instagram page and a post with the same picture.

“And then Life happened. I love you Mama,” wrote Khalid, tagging the Instagram account of the second woman, Saada Khamis Fateh.

Both Khalid and Fateh are actresses who play a daughter and mother in the Swahili telenovela Kovu (meaning scar in Swahili), which tells the story of a family returning to Kenya after decades in Tanzania. 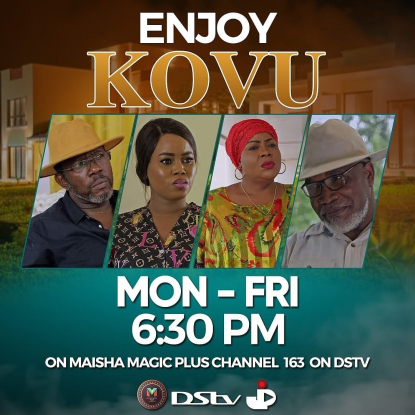 A poster of the Swahili telenovela, Kovu

The picture began circulating after Hassan assumed the presidency following the death of Tanzania’s former leader John Pombe Magufuli which was officially announced on March 17, 2021.