Facebook posts circulating in various languages purport to show a photo of Pope Francis kissing the hands of American banker David Rockefeller and a member of the wealthy Rothschild family. The claim is false: the photograph shows the pontiff meeting Holocaust survivors in Israel in 2014.

The image was also shared here, here, and here.

A similar claim appeared on Facebook in Spanish and French, purporting to show former US secretary of state Henry Kissinger alongside the pope, with Rothschild and Rockefeller.

A Google reverse search of the photo led AFP to this article published on May 26, 2014 in Italian newspaper La Stampa.

The article is about Pope Francis’s encounter with Holocaust survivors during a trip to Israel, where he was visiting the Vad Yashem memorial.

Footage of the encounter was uploaded to the centre’s YouTube channel and that of Israeli Prime Minister Benjamin Netanyahu. No mention of  Kissinger, Rockefeller or Rothschild appeared in the memorial’s media release, nor in the aforementioned videos of the encounter.

According to the memorial, the pope shook hands with Eliezer Grynfeld (whom the pope kissed in the post) and Moshe Ha-Elion (behind Grynfeld).

In the following AFP images, Grynfeld and Ha-Elion appear with the pontiff. 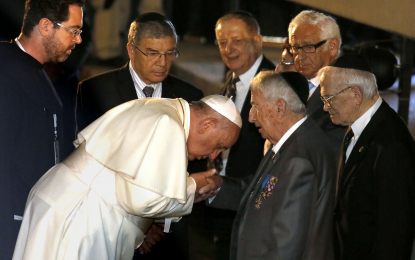 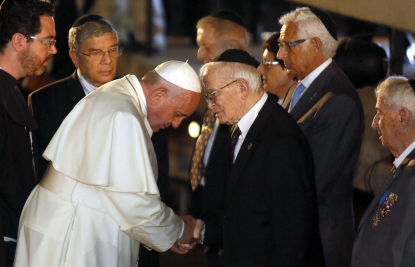 Below are pictures of the three men mentioned in the misleading posts, Rothschild (left), Kissinger (top-right) and Rockefeller. 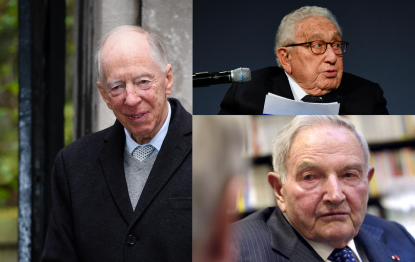