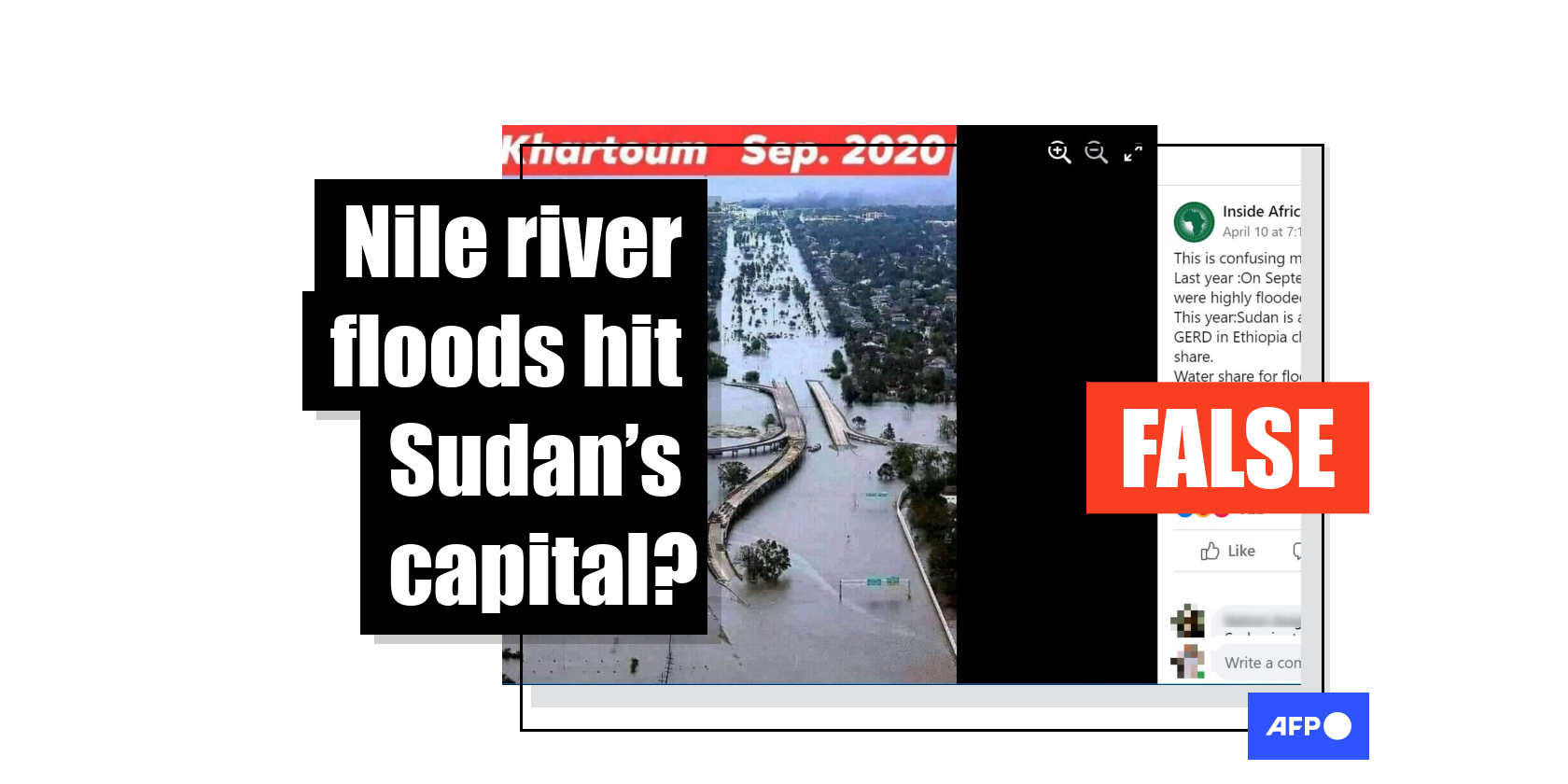 Several posts featuring an image of a flood have been shared on Facebook, claiming the image shows the Nile river inundating the streets of Sudan’s capital Khartoum in September 2020. But the claim is false: the image shows the aftermath of hurricane Katrina in New Orleans in 2005.

“This is confusing me. Last year :On September 2020, cities of Sudan were highly flooded by the water from Nile river. (sic). This year: Sudan is against the 2nd round filling of GERD in Ethiopia claiming it affects my water share,” the post’s caption reads in part.

The image in the Facebook post features flooded roads. Road signs on the bottom right-hand corner of the picture suggests it shows part of a highway under water.

Ethiopia, Sudan and Egypt have been at a standoff over the Grand Ethiopian Renaissance Dam (GERD) ever since Addis Ababa broke ground on it in 2011. Downstream neighbours Egypt and Sudan view the mega-dam as a threat to their dependence on Nile waters, while Ethiopia considers it essential for its development.

While former President Donald Trump suggested Egypt could “blow up” the dam to stop its construction, Sudan’s foreign minister recently ruled out military action to stop Ethiopia from filling the reservoirs.

Highest river waters since records began left people in the Khartoum area struggling to hold back rising floods in September 2020. However, the image used in the Facebook post does not show the city of Khartoum.

A reverse image search using TinEye revealed that the image was taken by Getty Images and shows the aftermath of hurricane Katrina.

The photograph was captured on August 29, 2005 in New Orleans, according to the Getty website.

The image was also published on the website of the US Department of Defense.