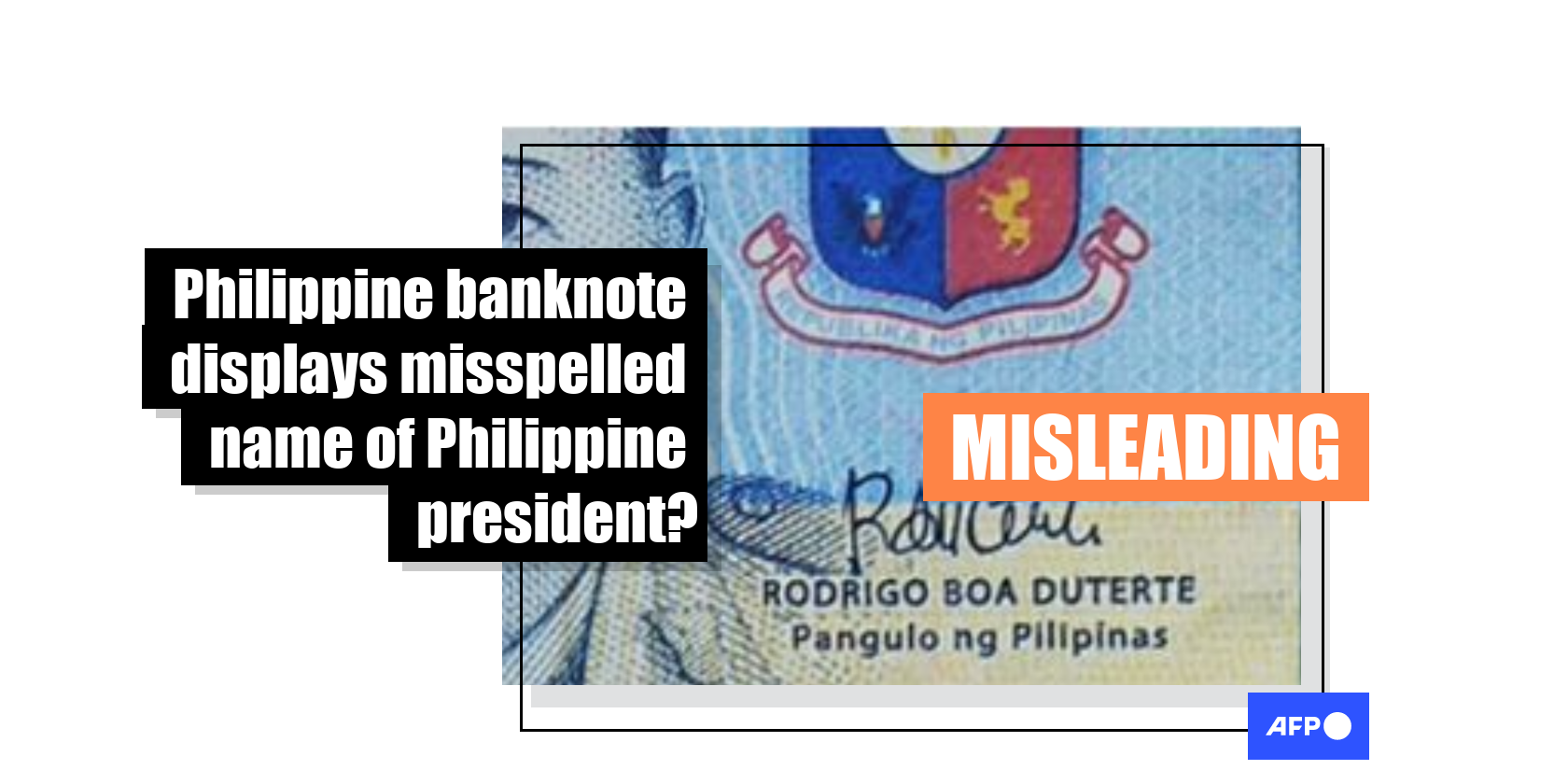 A photo has been shared in multiple social media posts and news reports alongside a claim it shows a genuine Philippine banknote which displays a misspelling of President Rodrigo Duterte’s name. The claim is misleading; the photo has been doctored to misspell Duterte’s name; the Philippine central bank denied issuing the banknote shown in the photo.

The photo was posted on Facebook here on September 28, 2020.

It shows a 1,000 Philippine pesos ($20.7) banknote, and is captioned in part: “Instead of 'Rodrigo Roa Duterte,' the banknote says 'Rodrigo Boa Duterte.'" 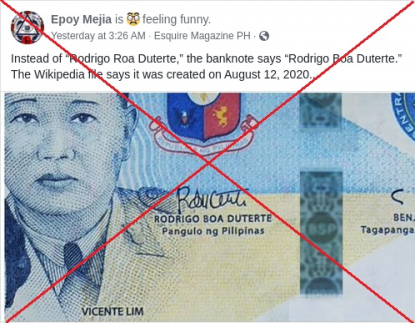 A screenshot of the misleading post, taken on October 5, 2020

The claim is misleading; the image has been doctored.

A closer analysis found the photo in the misleading posts had been digitally altered to insert the letter “B” instead of the original “R” in the word “Roa”.

Below is a screenshot comparison of the photo in the misleading posts (L) and a photo of a genuine 1,000 Philippine pesos banknote (R), with the alteration circled in red by AFP:

The central bank, which maintains sole authority to legally issue currency in the Philippines, also denied issuing the banknote.

This statement posted September 30, 2020 on the bank’s website states: “The 1000-Piso banknote with the alleged misspelled middle name of President Rodrigo Roa Duterte featured in a story in a website is not legal tender. The serial number shown in the said banknote does not match any of the ones issued by the BSP for the 1000-Piso Enhanced New Generation Currency banknote.”

A screenshot of the central bank’s statement, taken on October 5, 2020

Asked if the photo shows a counterfeit banknote, a representative for the bank told AFP in an email on October 2, 2020: “The Currency Analysis group cannot determine the authenticity/genuineness of the banknote based only on a photo; the actual note needs to be submitted to the BSP for examination.”