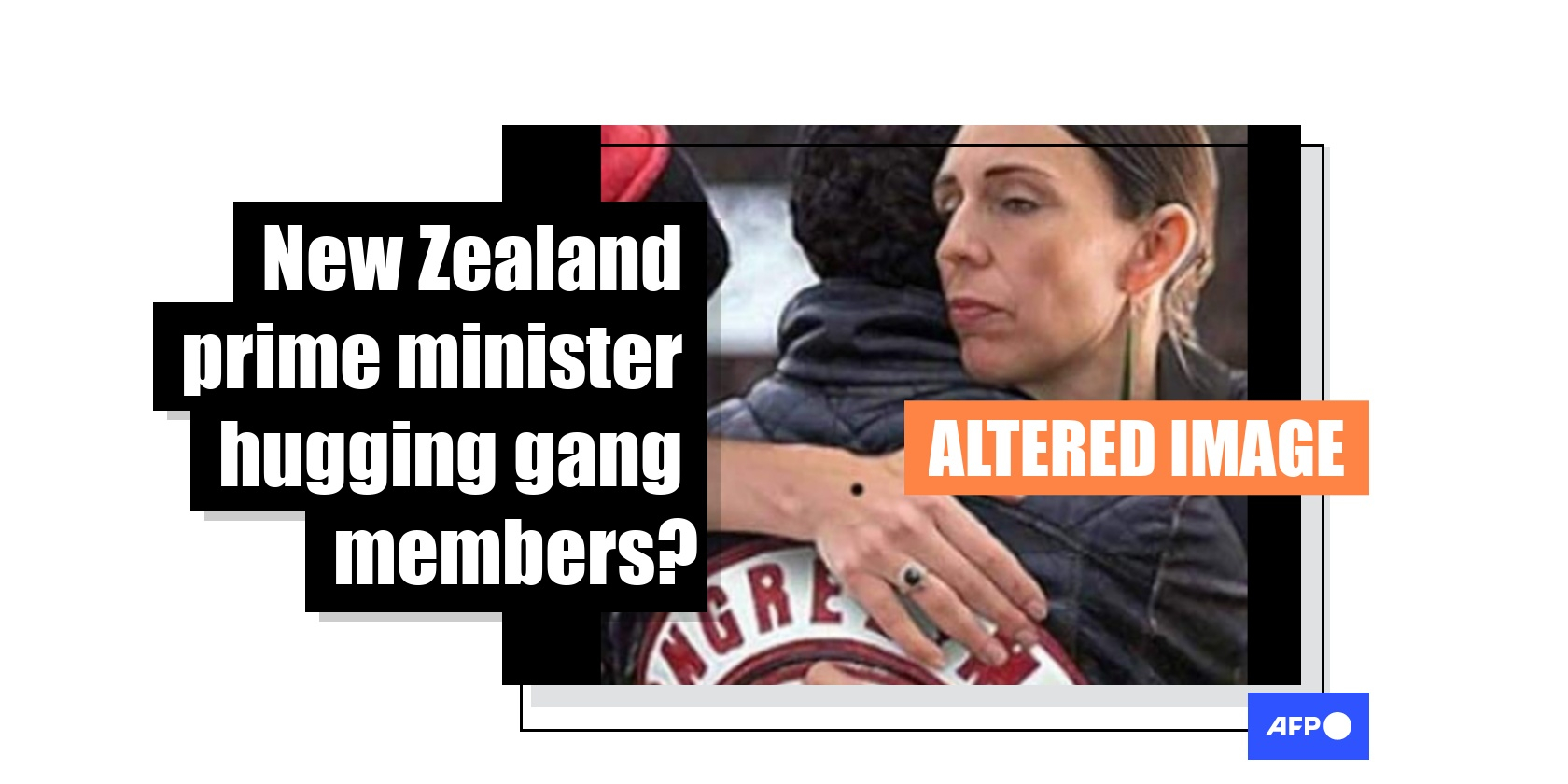 An image appearing to show New Zealand Prime Minister Jacinda Ardern hugging a man wearing the colours of infamous Kiwi gang the Mongrel Mob has been shared hundreds of times on Facebook. However, the image has been doctored; the picture of Ardern has been lifted from a genuine photo showing her hugging first responders after the White Island Volcano disaster in 2019, while the picture of gang members was taken at a police officer's funeral. 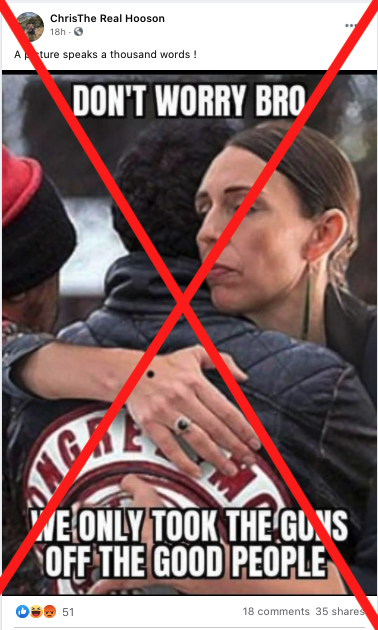 Text superimposed over the image reads: “DON’T WORRY BRO WE ONLY TOOK THE GUNS OFF THE GOOD PEOPLE”.

The image circulated after a bill aimed at restricting gun ownership for gang members was introduced by a Nations MP, but was not supported by Ardern's Labour Party during a vote in the New Zealand House of Representatives, Newshub reported here.

Labour later appeared to be on board with curbing weapon ownership for gang members, with Communications Minister Kris Faafoi announcing orders on weapons ownership for “high-risk people”.

The Labour government faced criticism for cracking down on firearms after it introduced new laws banning certain weapons in response to the 2019 Christchurch Mosque Shootings.

The image has been shared hundreds of times by New Zealand-based users (see here, here and here).

The image, however, is a composite of two different photos.

The image of Jacinda Ardern was taken in the aftermath of the White Island Volcano disaster and shows the her hugging a first responder, as seen in this December 10, 2019 report by Stuff.

The second image showing Mongrel Mob members is a tightly cropped version of this Getty Images photo showing gang members standing next to Police at the funeral of a slain law enforcement officer.

The original photo’s caption reads: “Police officers stand next to mongrel mob members outside the school where the funeral of murdered officer Murray Stretch was held today. (Photo by Ross Setford/Getty Images)”

A side by side comparison Jacinda Ardern hugging first responders (L) and Mongrel Mob members (R).

Ardern’s embrace of the unnamed first responder taken appears to have been cropped from the 2019 photo and pasted onto the image of the Mongrel Mob members, with her earrings and ring matching. 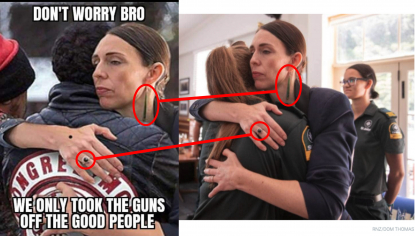 The gang members featured in both the original and the photoshopped image are also both wearing the same jacket and have the same hairstyle, as seen in the image comparison below. 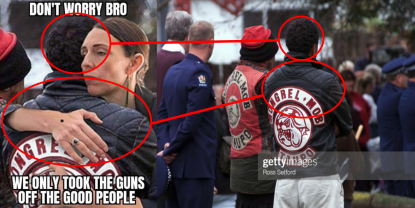