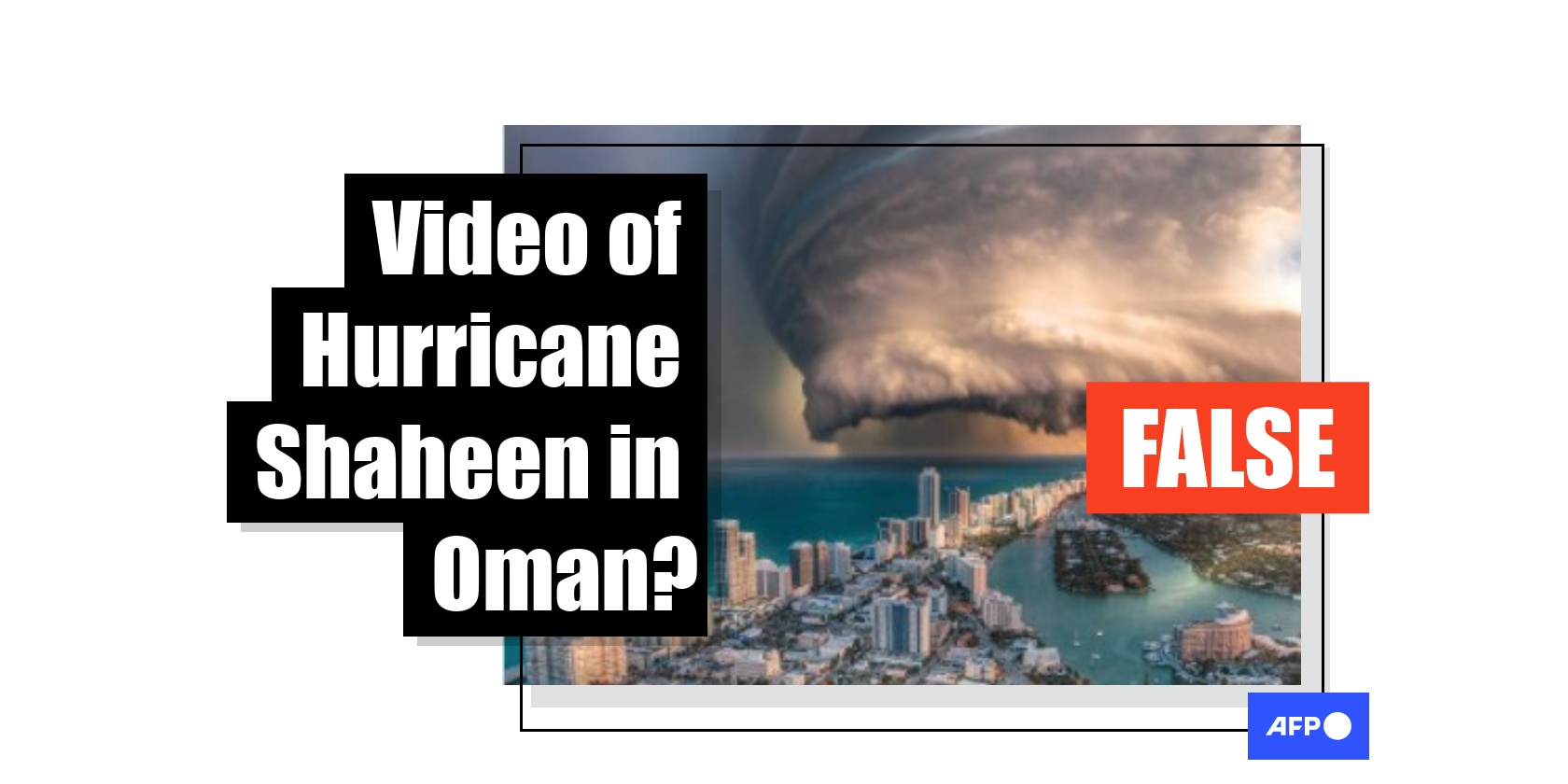 A video of a gathering storm looming over a coastal city is being shared on social media with a claim that it shows Hurricane Shaheen, a deadly cyclone that recently caused widespread damage in Oman. The claims are false; the clip was created with animation software and a composite image back in 2019.

“Hurricane Shaheen on the shores of Oman..Photographed from Burj Khalifa in Dubai.. look at the greatness of the Creator,” the caption reads. The video, however, does not depict these events.

AFP Fact Check recognised the video from previous debunks as the work of digital artist Brent Shavnore, who is also credited in the post’s comments section.

The clip was first debunked in 2019 following claims that it showed Hurricane Dorian in the Bahamas.

At the time, Shavnore explained that the video was an animated version of a composite image he created by combining an aerial shot of South Beach in Miami and a stock picture of storm clouds.

The animation, he said, was added by another Instagram user called TheGlitch, who published the video here on May 19, 2019. Shavnore posted it to Instagram on the same day.

In 2020, AFP Fact Check debunked another claim about a storm in the United States. In this instance, it was Shavnore’s composite image, not the video, that was misrepresented.

“This is probably one of my most shared pieces of 2020, it was insane how far it went around the world, from the morning news in France all the way to the Weather Channel in South Carolina,” Shavnore wrote on Instagram, crediting US-based rapper 50 Cent, comedian Mike Epps, and a politician in Pakistan for creating hype around his work.