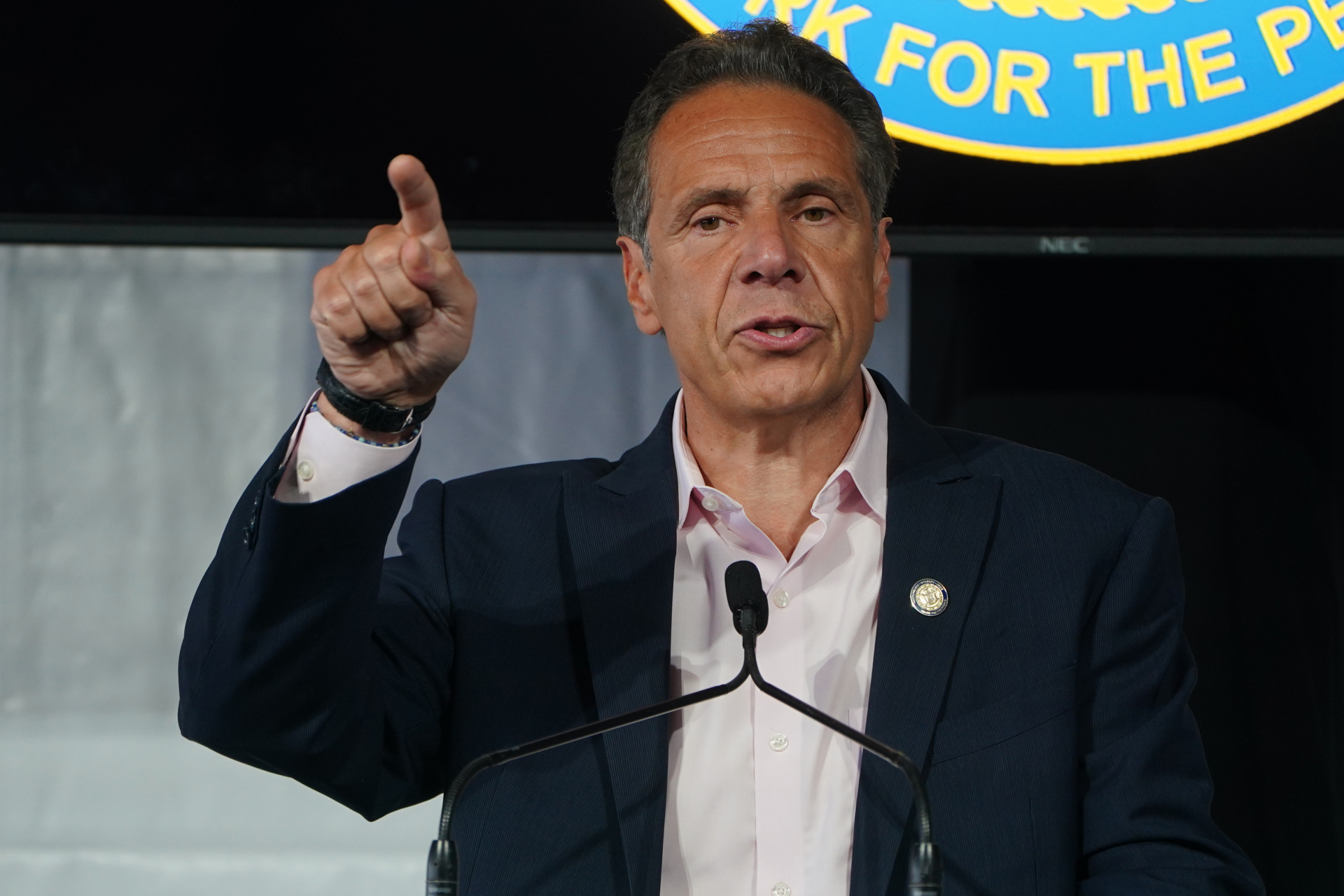 Andrew Cuomo at the opening ceremony for the Tribeca Festival in the Manhattan borough of New York City on June 9, 2021. ( POOL / CARLO ALLEGRI)

Social media posts widely circulated in South Korea claim that the US military has arrested and detained former Governor of New York Andrew Cuomo in August 2021. The claim is false and originated from a satirical website. The US Department of Defense dismissed the claim; and Cuomo has appeared at public events and been active on social media since his alleged arrest.

"The US military arrested Andrew Cuomo on August 15 in East Hampton, New York... He is currently detained in a temporary military detention facility before being transferred to the Guantanamo Bay Detention Camp," reads the Korean-language claim in part.

The post cites Real Raw News and features a screenshot of one of its reports published on August 16, 2021.

The report reads in part: "On Sunday, August 15, U.S. Navy Seals under JAG authority arrested Cuomo at property he leases in East Hampton, NY. A JAG spokesperson told RRN that the SEALS suffered no casualties but had to subdue two of Cuomo's bodyguards, both of whom the SEALs incapacitated using non-lethal force."

The claim circulated online as Cuomo announced his resignation on August 10, 2021 after New York's attorney general released the results of an investigation that found he sexually harassed at least 11 women, according to this AFP report.

Cuomo denied the accusations. He was replaced by Kathy Hochul.

A similar claim has been shared on Facebook here, here and here.

Real Raw News is a satirical website. A disclaimer on its "About Us" page reads: "This website contains humor, parody, and satire."

Screenshot of the disclaimer on Real Raw News website

A spokesperson of the US Department of Defense told AFP on August 25, 2021 that the reports were "fake news".

"Federal troops have no law enforcement powers within the US unless specifically authorised by Congress," the spokesperson added.

Since his alleged arrest, Cuomo has made various public appearances, including a live August 24 address after his resignation as New York Governor and a live August 22 press conference on Hurricane Henri Storm preparation updates.

As of August 27, 2021, keyword searches found no credible media reports or statements on Cuomo's alleged arrest.

AFP has previously debunked false reports on the purported arrests of other high-profile figures, including US Democrat Adam Schiff, former US president Barack Obama and Speaker of the House Nancy Pelosi.