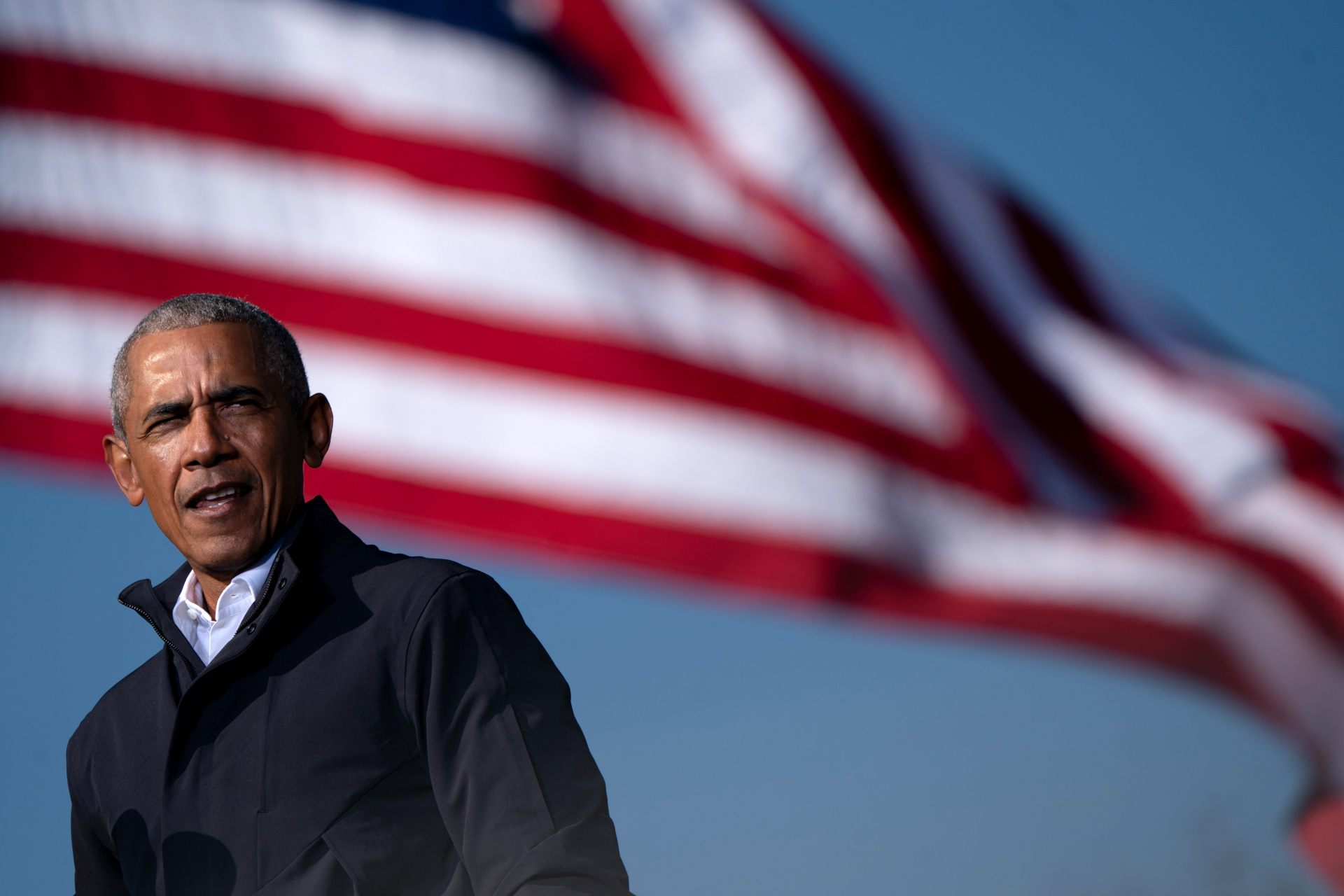 Former US President Barack Obama speaks at a Get Out the Vote rally as he campaigns for Democratic presidential candidate former Vice President Joe Biden in Atlanta, Georgia on November 2, 2020 (AFP / Elijah Nouvelage)

No, Obama was not arrested for espionage

According to online claims spurred by the Conservative Beaver, a two-month old website, former US president Barack Obama was arrested on November 28, 2020 on espionage charges. This is false; all the evidence used in the article was plagiarized from a Department of Justice news release about a former CIA officer arrested in August 2020 in Hawaii. No other news outlets reported on the arrest.

“Former President Barack Obama arrested for ESPIONAGE,” reads the headline of an article published on November 28 and shared 6,000 times.

According to the article, Obama conspired with a business partner to “communicate classified information” to Chinese intelligence officials.

Screenshot of the Conservative Beaver article

The body of the Conservative Beaver article near entirely plagiarizes an August 17, 2020 news release from the Department of Justice relating the arrest and charge of a former CIA officer in Hawaii.

The article’s unnamed author only replaced the name of the charged spy, Alexander Yuk Ching Ma, 67, for that of Obama, and altered the description of Ma’s accomplice from “a relative” to “a business partner.”

The article was also edited to include more recent tweets as evidence, but at least one of them from Guardian journalist Natalia Antonova was published as a joke mocking the implausible theory, Antonova confirmed to AFP via Twitter.

Another tweet mentioned in the article is from a Twitter user who wrote on November 30 that Obama had been arrested, and denied his source was the Conservative Beaver, without providing further evidence.

No other news outlet reported on the arrest of the former president, and none of his social media accounts mention any such incident.

The Conservative Beaver’s domain was registered on September 19, 2020 and is “run by a small team of volunteers across Canada,” according to its “About” page.

As of December 1, the outlet had not responded to an AFP enquiry about the Obama article.