A video has been viewed hundreds of times on Facebook alongside a claim it shows a Spanish singer performing an Indonesian patriotic song at the closing ceremony of the 2020 Tokyo Olympics. The claim is false: the video actually shows an English band performing the song at a concert in Indonesia in 2015. 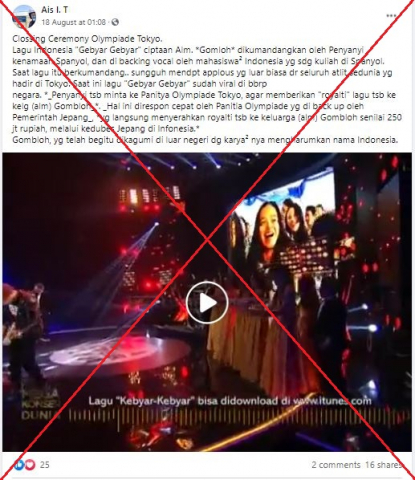 "Indonesian song 'Gebyar Gebyar' composed by the late *Gomloh* was sung by a famous Spanish singer, and with backing vocals by Indonesian students who were studying in Spain.

"When the song was played... it really got tremendous applause from all the athletes from around the world who were present in Tokyo."

The logo of Indonesian TV station RCTI can be seen overlaid in the centre of the video.

The same video has been watched more than 700 times on Facebook here, here, here and here, alongside a similar claim.

Local news outlets Tempo and Suara.com also published a report about the World Mega Concert, which was held in Jakarta to celebrate RCTI's 26th anniversary.

Below is a screenshot comparison between the video in the misleading post (L) and the original clip (R): 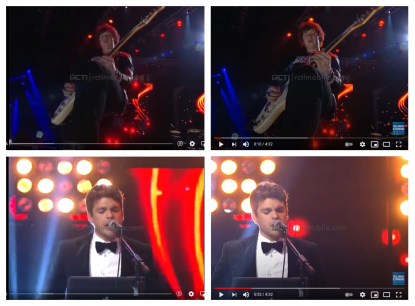 The band also released a music video of their rendition of “Kebyar Kebyar” on the YouTube channel of Warner Music Indonesia on August 15, 2021.

There is no mention of such a performance on the Tokyo Olympics' Closing Ceremony page, or in detailed live blogs of the event, such as this one from the Australian Broadcasting Corp.