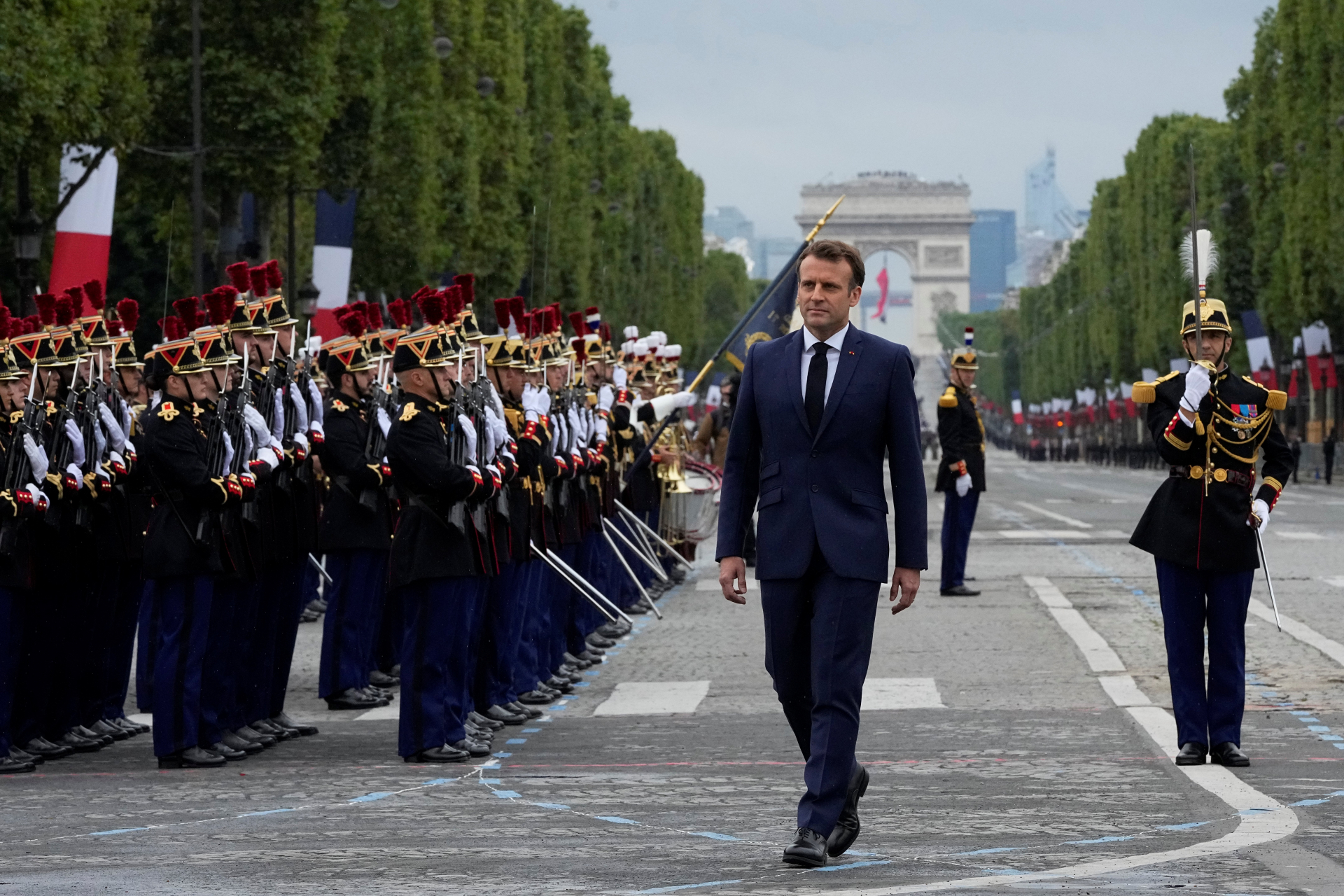 French President Emmanuel Macron walks past members of The Republican Guard as he reviews troops during the annual Bastille Day military parade on the Champs-Elysees in Paris on July 14, 2021 ( Pool / Michel Euler)

French president's security detail did not resign over Covid-19 bill

A French member of parliament and an American radio host claimed that Emmanuel Macron's entire security detail resigned to protest the French president's initiative imposing health passes to participate in many aspects of public life. This is false; the Republican Guard did not resign, and it is tasked with presidential palace security, not his direct physical safety.

"Protective Detail of France President ALL Resign over COVID Restrictions; will no longer protect President Macron," reads the headline of a July 24, 2021 article on the website of the Hal Turner Radio Show, a conspiracy-oriented program AFP has fact-checked before. Below the headline, a photo shows members of the Garde Républicaine, or Republican Guard, an elite French army corps tasked with special missions. 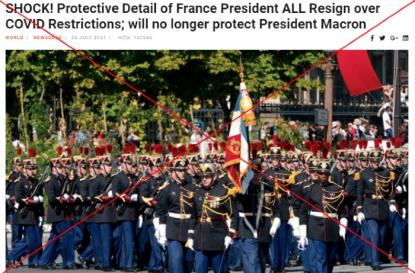 Screenshot of an online article taken on July 26, 2021

"The Republican Guard, a security detail established to protect the President of France, have ALL resigned, and will no longer protect President Macron!" the article says of the 2,800-strong force.

The Covid-19 restrictions mentioned in the headline refer to a decree by Macron that required proof of Covid-19 vaccination or a negative test to be able to attend events or enter places with more than 50 people. The "health pass" will be extended to restaurants, cafes and shopping centers in August.

This was formalized into law by the country's parliament on July 25, 2021, despite widespread protests against it.

However, the Republican Guard did not resign in relation to this law, and is not tasked with the French president's immediate physical safety.

The unit responsible for direct personal protection of the French head of state is the Groupe de sécurité de la présidence de la République, whose members hail from both the police and the Gendarmerie.

The Republican Guard is a French army unit tasked with "public safety missions and protocol representation," according to its official webpage. Its members are not in charge of the direct safety of the French president like the US Secret Service, but they indirectly play this role by ensuring the security of the Elysee Palace, where the president lives.

On social media, neither the Garde Républicaine nor the Gendarmerie, nor any French media, mentioned a mass resignation of the force's members.

The false claims regarding the Republican Guard began when Martine Wonner, an independent member of parliament in France, claimed in a video that the force no longer wished to protect Macron.

Wonner is a Covid-skeptic who was part of the government's party before she was ousted due to her controversial stances.

She also faced calls from her opposition party to quit that group after she urged people to lay siege to MPs who approved the health pass.

Before the vaccine passport law can be applied, it must be approved by France's highest administrative authority, the Constitutional Council, which will vote on it on August 5.