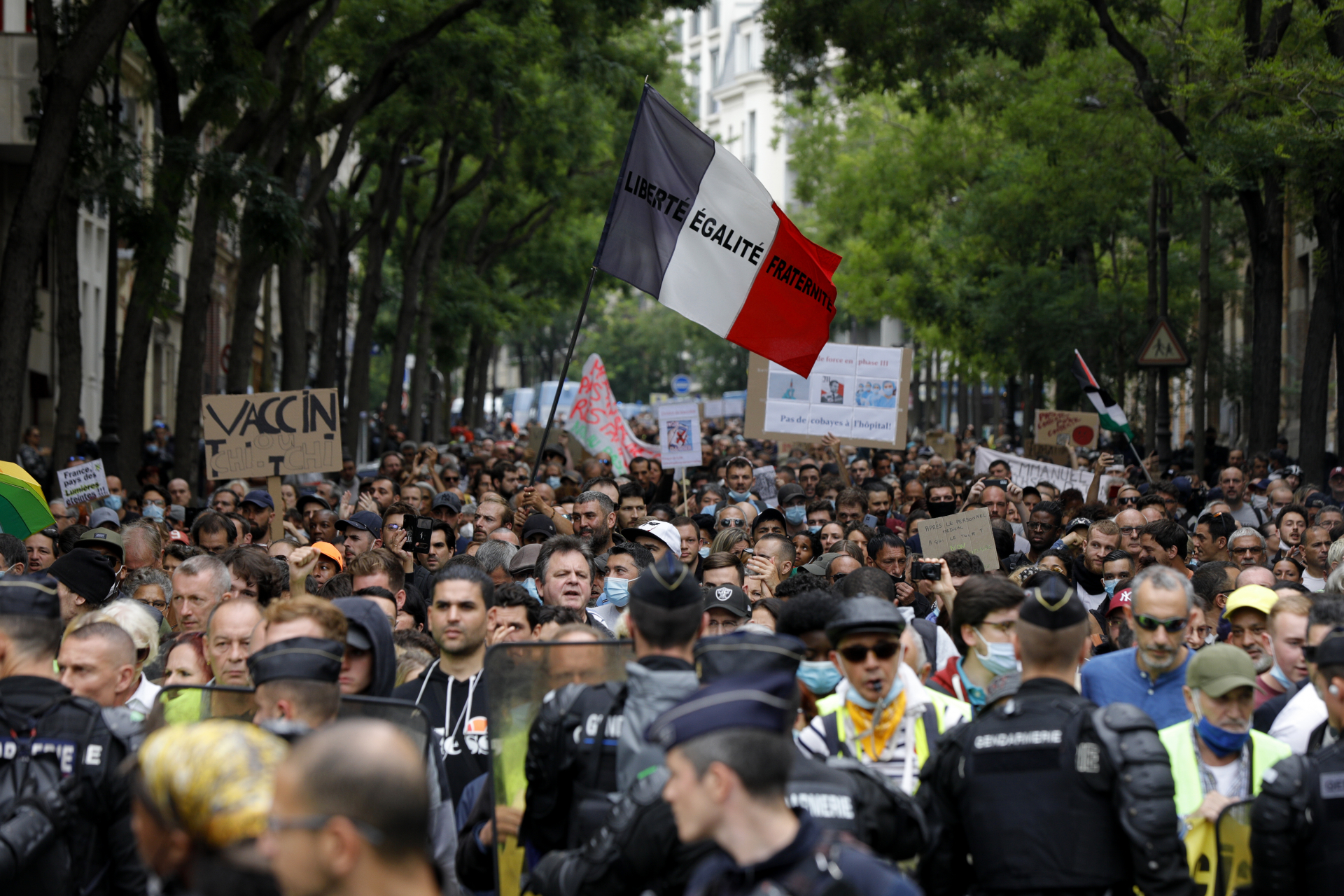 Gendarmes stand in front of a protester holding a national flag reading "Liberty Equality Fraternity" during a demonstration against coronavirus safety measures including a compulsory health pass called for by the French government, in Paris on July 17, 2021 ( AFP / Geoffroy van der Hasselt)

Facebook posts claim that a photo showing a crowd hundreds of thousands strong was taken during a protest against mandatory vaccination in Paris. But the photo depicts people celebrating France's 2018 World Cup win, not the demonstration in Paris on July 17, 2021.

"Millions in France stand up for bodily autonomy against medical tyranny," says the text shared with a photo on Facebook. It shows a large Paris avenue entirely covered with people, while a person in the foreground holds a French flag. 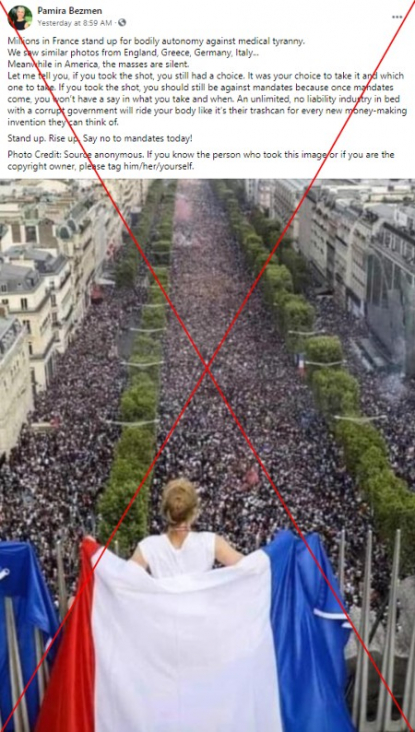 "Say no to mandates today!" the post continues, while another suggests that 1,380,000 people marched against Covid-19 measures in France on July 17.

A similar version of the claim circulated in French on July 18, referring to the protest where several thousand people across France demonstrated against a draft law that will pressure non-vaccinated people to get a jab against Covid-19.

However, a Google reverse image search reveals that this photo, which depicts Paris's Champs-Elysees avenue, was not taken during the July 17 protest against vaccine passports. 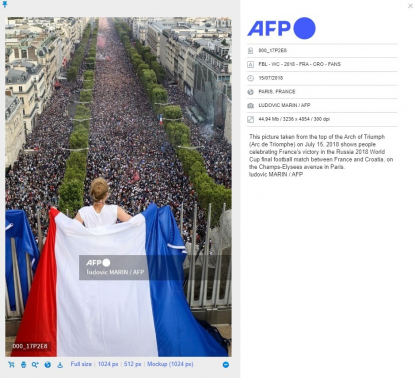 About 114,000 people did protest throughout France on July 17 against the proposed measure to curb the spread of Covid-19, and against the vaccines in general, according to the French Interior Ministry. But only a minority of the demonstrators were in Paris. 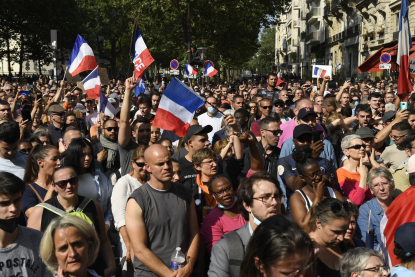 Several marches took place in the French capital, the main one drawing more than 10,000 people. It started in the city center and ended outside the French health ministry.

In May 2021, AFP Fact Check debunked similar posts aiming to inflate the number of participants in a protest against mask mandates and health passports in Montreal, Canada.