Video shows shooting in Brazil in 2020, not recently in South Africa

A video is being widely shared on social media alongside a claim that the footage shows a shooting that took place in South Africa amid ongoing violence in the country. The claims are false: the footage of a man being shot in the street shows an attack that occurred in Brazil in 2020.

A tweet posted on July 14, 2021, which received thousands of likes and retweets prior to being deleted by Twitter, featured a video of a gunman shooting at what appears to be an unarmed man on a busy street.

“Indians and white people are killing black people in South Africa,” the tweet read. “I hope you see this @CyrilRamaphosa #KZNViolence #PhoenixMassacre”.

The same Twitter account again reposted the video on July 15, 2021, repeating the claim that it took place in the town of Phoenix,25 kilometres northwest of Durban, which has become one of the latest hotspots in a spate of deadly protests in South Africa. 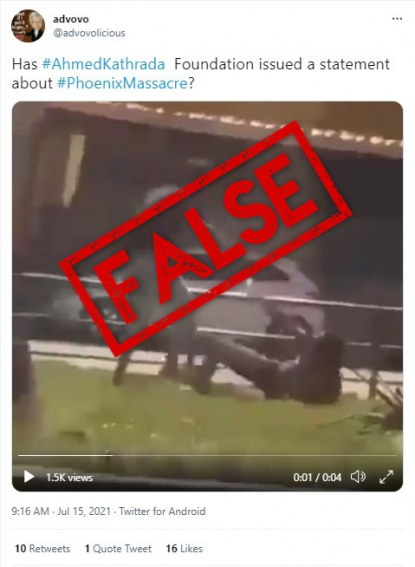 A reverse image search of screenshots from the video showed that it predates the protests in South Africa: It was published on a Russian website on June 17, 2020. The caption of the video says: “Shot a dude on the street in Brazil”.

This shooting took place on June 15, 2020, in the Brazilian city of Feira de Santana in an area known as Feira do Rolo.

As reported by local media at the time (here and here), the man in the video may have been shot for responding to an attempted robbery. Brazil’s G1 reported that  25-year-old José da Conceição Souza was taken to hospital. 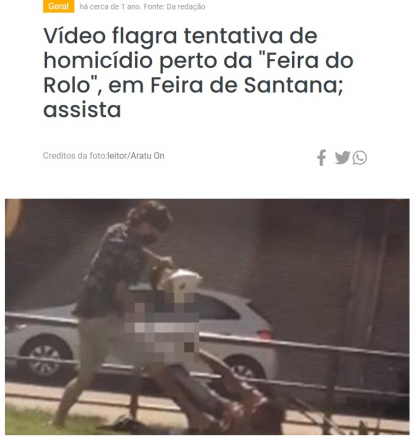 Unrest began in South Africa a day after former president Jacob Zuma began a 15-month jail term on July 8, 2021, for refusing to testify before a commission probing into the corruption that transpired during his presidency.

As reported by AFP, the death toll rose to 117 on July 15, 2021, and the government brought in armed forces to help the police quell the violence and looting that has stoked fears of shortages and dealt a crippling blow to the economy.

At least 15 of those fatalities are from Phoenix, according to a tweet by police ministry spokeswoman, Lirandzu Themba.

Fifteen people have been killed in #Phoenix since the start of the violence last week. https://t.co/DbRwHXSw4B

Looting continued on Thursday in KwaZulu-Natal but the situation was quieter in Johannesburg, where volunteers in the city's townships took part in cleanup operations. 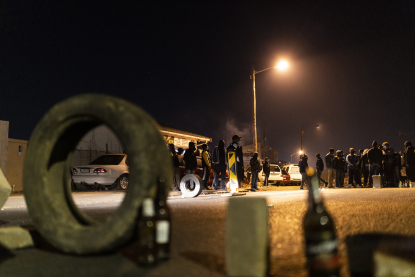 Armed community members gather at a roadblock in Phoenix Township, North Durban, on July 15, 2021, set up to prevent looters from reaching the community. ( AFP / GUILLEM SARTORIO)