A photo collage has been shared thousands of times in Facebook posts that claim it shows a trash-filled beach in the Philippine capital Manila purportedly before Rodrigo Duterte was elected president -- and the same beach after he ordered a cleanup during his term. But these posts are misleading: the trash-filled beach photo is miscaptioned as taken during the presidency of former leader Benigno Aquino III; both images in the photo collage have circulated in news reports since 2020 during Duterte’s term as president.

The first image shows a trash-filled beach overlaid with text that reads: “NOYNOY BEFORE”. The second shows a clean beach superimposed with the text: “DUTERTE NOW”.

The post’s Tagalog-language caption translates in part as: “They say President BS Aquino III is the protector against environmental waste.” 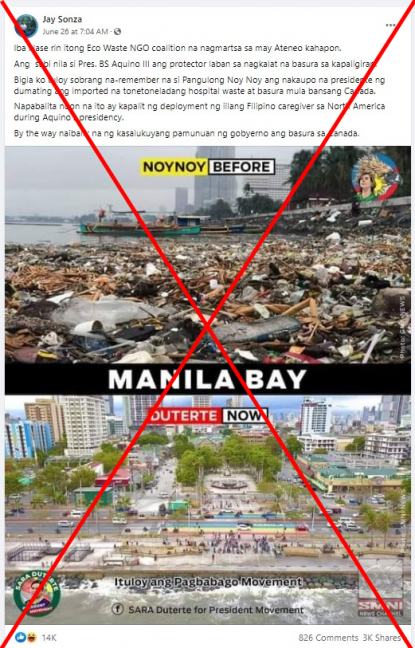 In 2019, Duterte announced a “major” Manila Bay cleanup. The following year his government began construction of an artificial white sand beach along a portion of the bay.

The controversial project has spurred a slew of misinformation, for example here, here and here debunked by AFP.

An identical photo collage was also shared alongside a similar claim in Facebook posts here, here and here.

But these posts are misleading: both images in the photo collage have circulated in reports published during Duterte’s term.

A reverse search on Google found the image of the trash-filled beach was published here by Philippine broadcaster GMA News on September 8, 2020 when the Duterte government’s white sand beach project was underway, not during former President Benigno “Noynoy” Aquino's term.

The image’s caption states in part: “A lot of trash drifted to Manila Bay, near the Manila Yacht Club. [This side] is more polluted compared to the other end where the [environment agency] is dumping white sand.”

The image corresponds to the 19-second mark of this television report aired by GMA News the same day.

Below is a screenshot comparison of the first image in the misleading posts (L) and the original photo from GMA News (R): 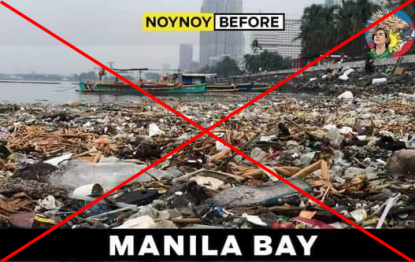 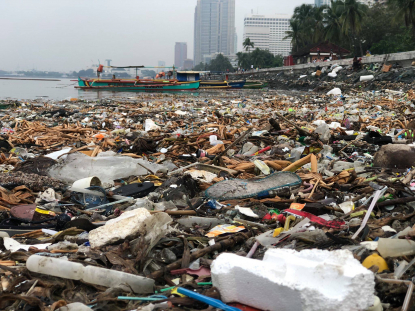 The image was taken in this location as seen on Google Maps.

Further reverse image searches found the second image had also appeared in a news report during the Duterte administration. It was shared here on May 24, 2021 by local media organisation SMNI News.

Below is a screenshot comparison of the second image in the misleading posts (L) and photo shared by SMNI News (R): 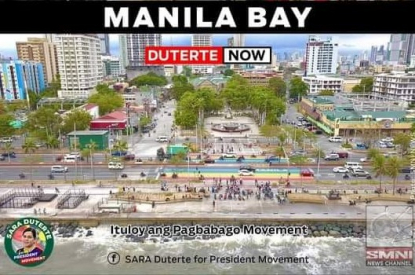 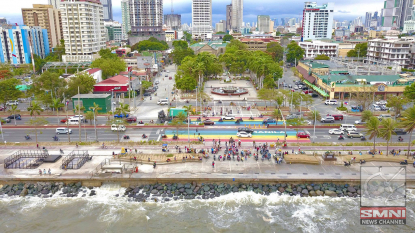 The rainbow-colored crosswalk seen in the image corresponds to these photos posted on the Facebook page of Manila City’s mayor in December 2020, when the newly-painted lanes were opened to the public.

The image corresponds to this location on Google Street View.