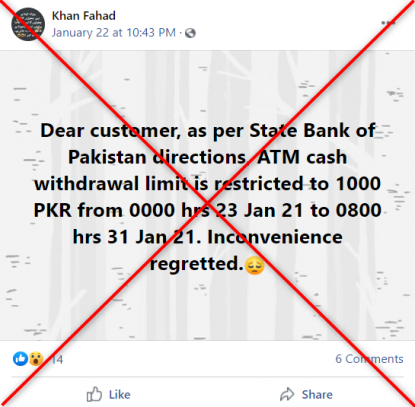 The same message has been shared in multiple Facebook posts, including here, here and here.

However, the message is a hoax.

The State Bank of Pakistan (SBP) issued a statement on Facebook and Twitter explaining it had not imposed any restriction on ATM cash withdrawals.

“SBP categorically rejects the false message making rounds on social media,” it said. “SBP does not put any limit on ATM withdrawal limit. Banks decide about such limits.”

1/2 SBP categorically rejects the false message making rounds on social media, attributing to it that ATM cash withdrawal limit is restricted to Rs. 1,000. 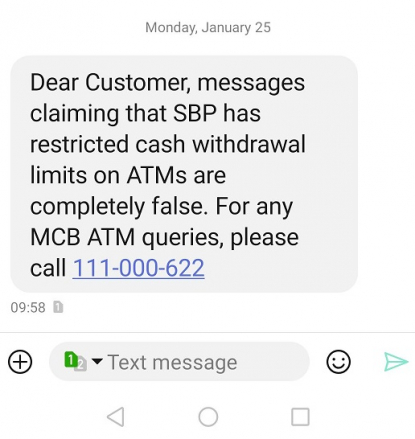 A journalist at AFP's Islamabad bureau and customer of Standard Chartered Bank (SCB) successfully withdrew 20,000 rupees (125 USD) at an ATM on January 27, 2021, as the receipt below shows.

Screenshot of an ATM withdrawal receipt on January 27, 2021