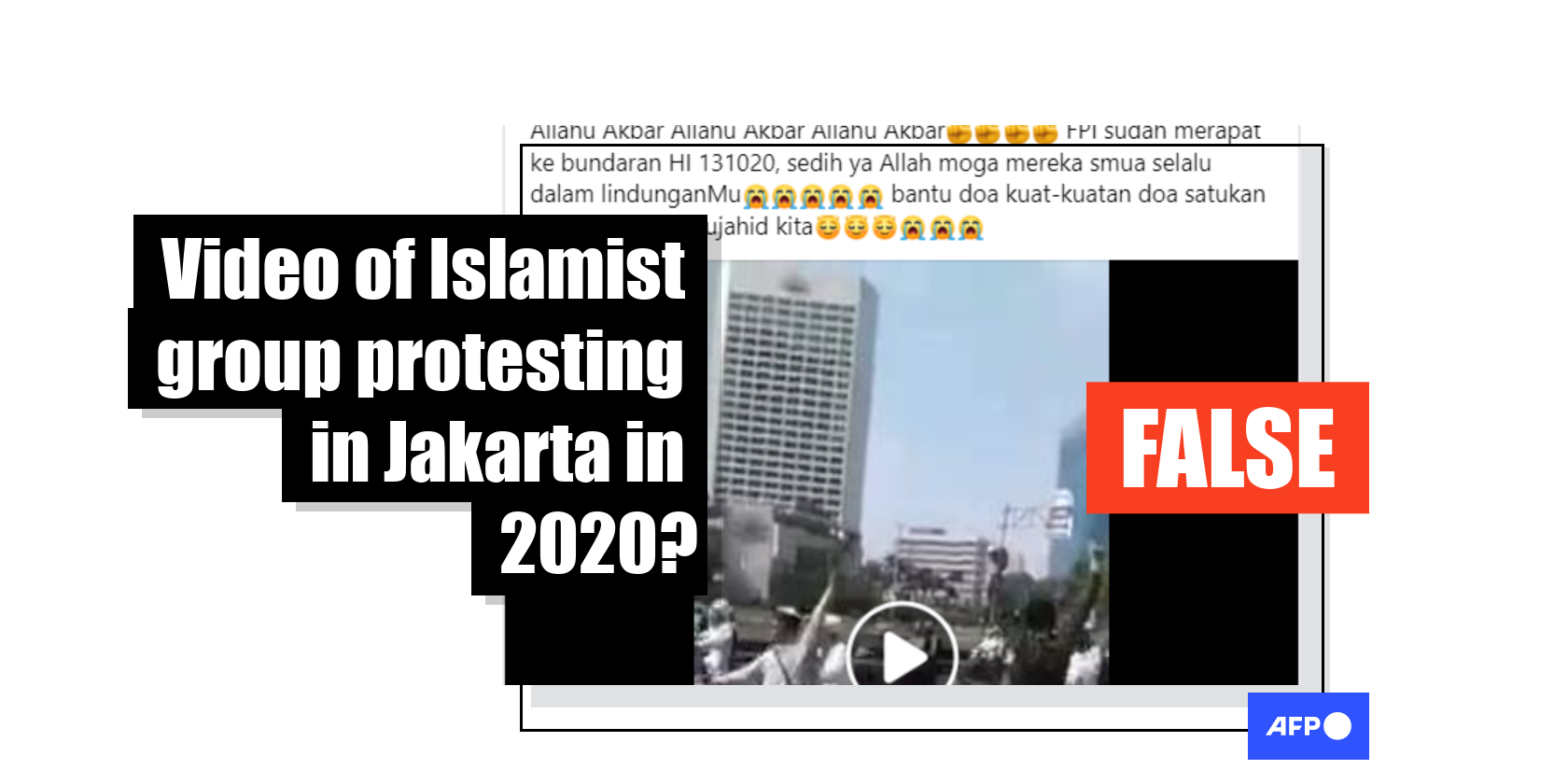 A video has been viewed thousands of times in multiple posts on Facebook and YouTube alongside a claim it shows members of the Islamic Defenders Front protesting on October 13, 2020. The claim is false; the footage has circulated online since at least 2019; the clip corresponds with reports about Indonesian Islamists protesting presidential election results in the Indonesian capital of Jakarta.

The video shows men in white driving motorcycles in a convoy at the Hotel Indonesia (HI) roundabout in central Jakarta. 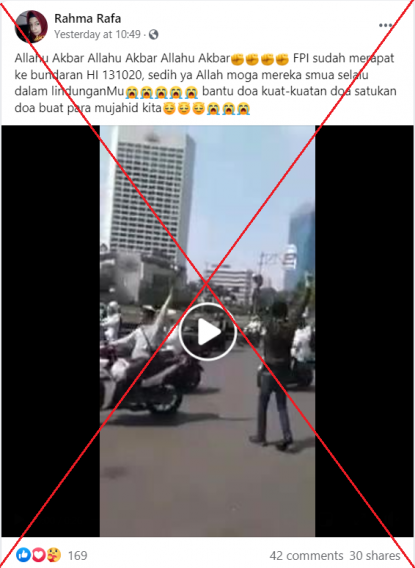 Allahu Akbar is Arabic for “God is Great.”

“FPI” refers to the Islamic Defenders Front, an Islamist group in Indonesia.

Mujahid refers to a person who strives or fights in support of Islam.

Several Islamist groups, including the FPI and the 212 Alumni Brotherhood (PA 212), staged a rally in Jakarta on October 13, 2020, to reject the controversial Job Creation Law, as reported by The Jakarta Post.

The video has been viewed more than 8,100 times after it was shared in other Facebook posts here, here, here and here; as well as on YouTube here and here alongside a similar claim.

A reverse image search on Yandex followed by keyword search on Google found a longer version of the video was posted here on YouTube on May 22, 2019.

Translated from Indonesian to English, the video’s title reads: “FPI is ready at HI roundabout 22519”.

Below is screenshot comparison of the footage in the misleading post (L) and video from YouTube (R):

The motorcycle convoy was also captured in this photo essay published by Indonesian news outlet Liputan6.com on May 22, 2019. The Indonesian-language title translates to English as: “Photos: Convoy of Turbaned Crowd to the Elections Supervisory Agency”.

Screenshot of the first Liputan6.com’s photo

The first photo’s caption reads: “A turbaned crowd took part in a motorbike convoy as they rode through the HI roundabout, Jakarta, Wednesday (22/5/2019). The participants of the May 22 protest will begin to gather at the Elections Supervisory Agency after the noon prayer.”