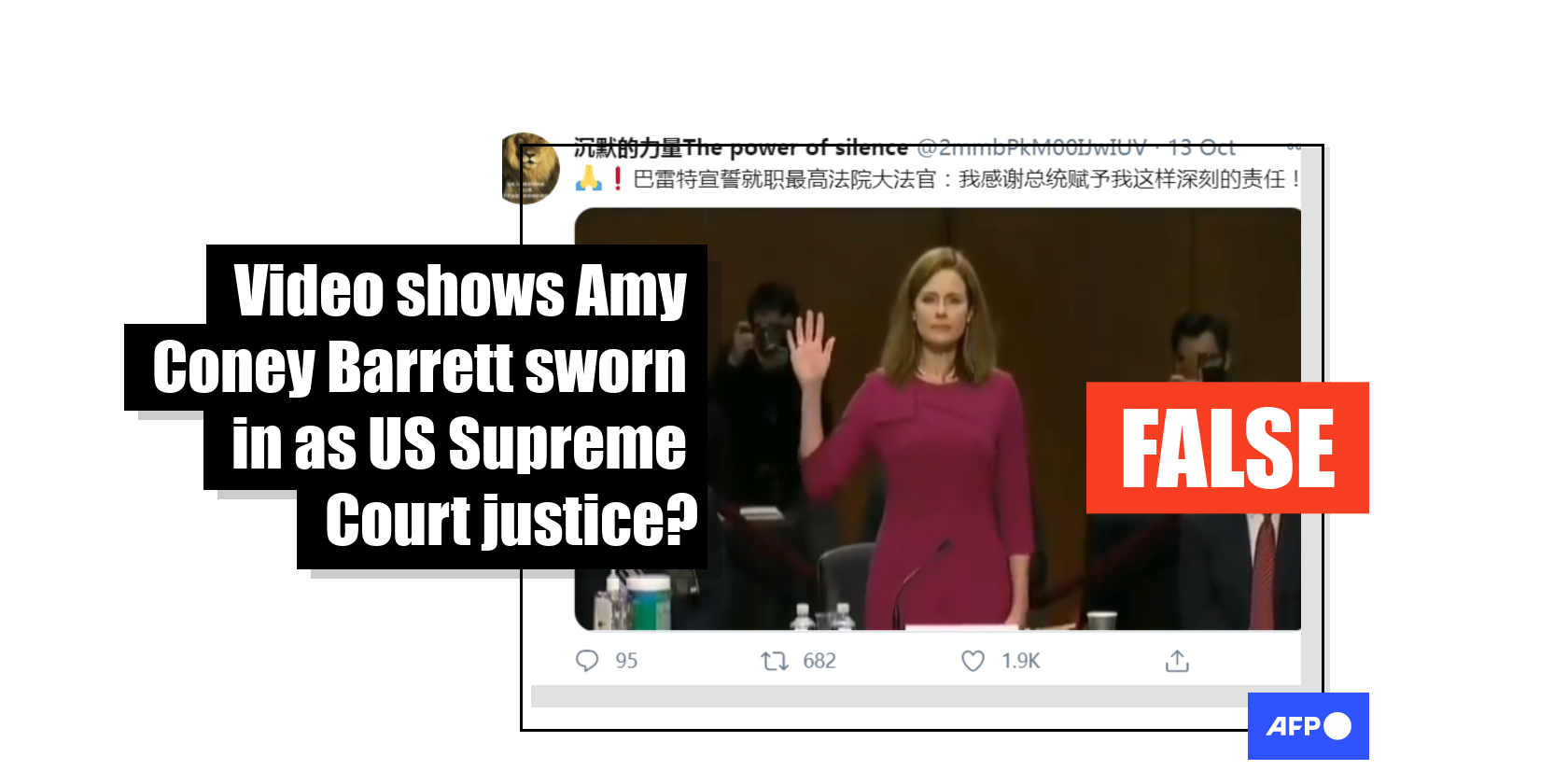 A video of Judge Amy Coney Barrett swearing an oath has been viewed tens of thousands of times on Twitter, Weibo and Facebook alongside a claim that Barrett has been sworn in as a justice on the US Supreme Court. The claim is false: the footage in fact shows Barrett as a Supreme Court nominee taking an oath before her confirmation hearing in the US Senate. 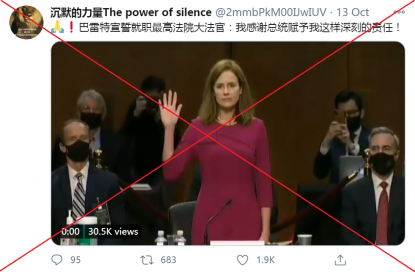 The video shows US federal Judge Amy Coney Barrett, who was nominated by President Donald Trump to serve on the Supreme Court, swearing an oath that is administered by US Senator Lindsey Graham.

The post’s simplified Chinese caption translates as: “Barrett was sworn in as Justice of the Supreme Court: I thank the President for trusting me with this profound responsibility!”

Some Twitter users appear to have been convinced of the claim, posting Chinese comments on the post that translate as: “God bless the United States, God bless the land and its people. Thank Trump for his contribution to the US” and “President Trump got through the close siege again. Look forward to the next action.”

Screenshot of the comments

The video was also shared alongside similar claims on Twitter here, here, and here; on Weibo here, here and here; and on Facebook here.

A keyword search found that the video in fact shows Barrett being sworn in at her confirmation hearing in the US Senate on October 12, 2020.

The oath was aired by C-SPAN, an official non-profit TV network that covers the workings of the US federal government, here and can be seen at the video’s 1:31:15 mark.

Below is a clip of Barrett taking the oath, which is administered by Chairman of the Senate Judiciary Committee Senator Lindsey Graham:

Below are two screenshot comparisons of the misleading Twitter video (L) and the C-SPAN footage (R): 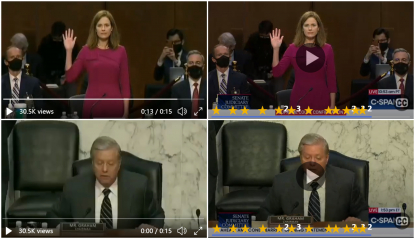 AFP also published video of Barrett being sworn into the Senate hearing on YouTube here.

US Supreme Court nominees are nominated by the president and then confirmed or rejected by the US Senate after a hearing process.

As of October 20, 2020, the Senate has not yet voted to confirm Barrett, as noted here on the Senate's official website.