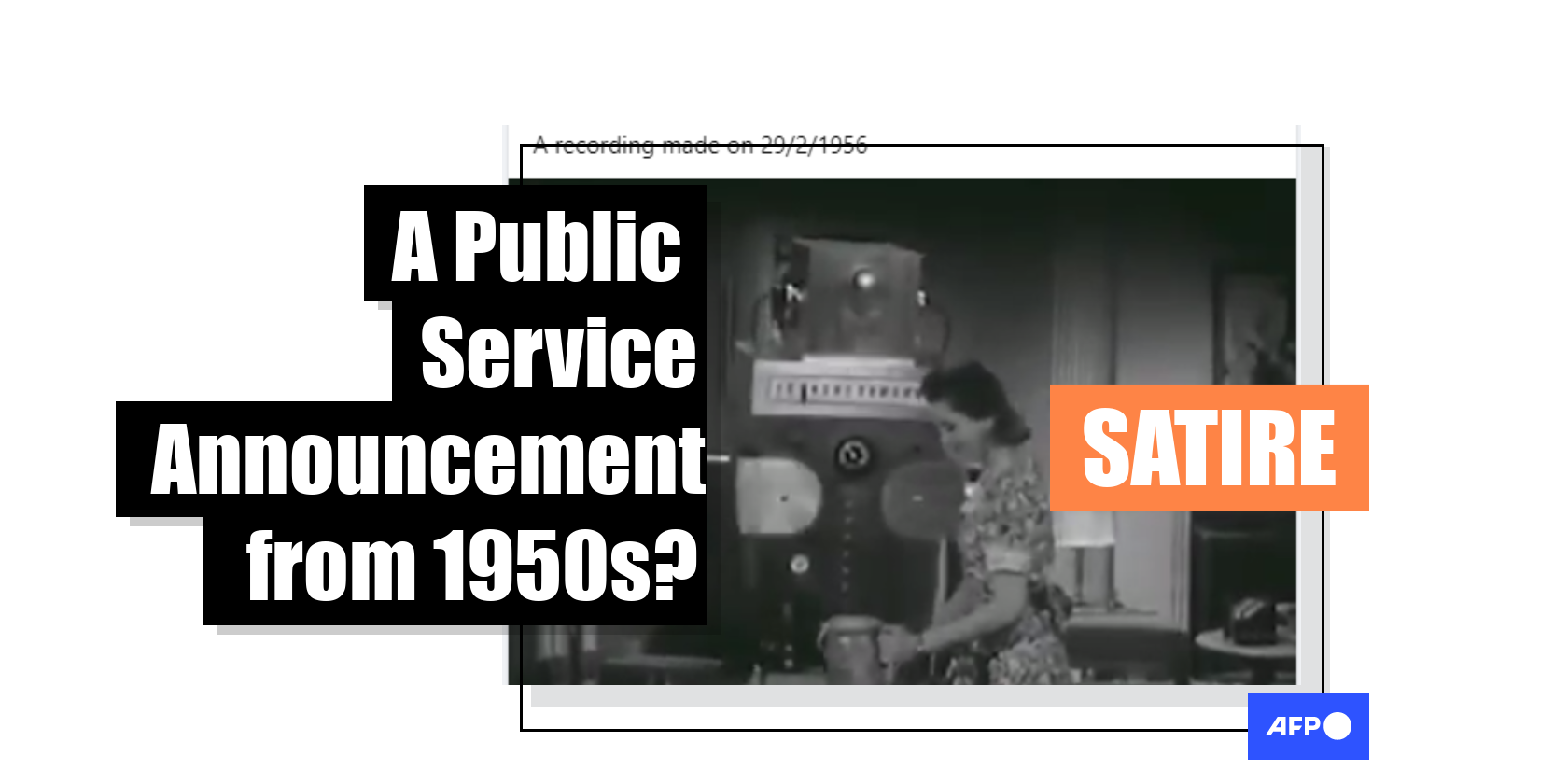 A video supposedly made in 1956 that warns of a deadly virus that will spread from “somewhere in Asia to the rest of the world” by “the year 2020” has been shared on Facebook thousands of times alongside a claim it accurately predicted the Covid-19 pandemic. The claim is false; the video creator told AFP it was made in 2020 for satire, in response to Covid-19 misinformation.

The claim was shared by a Papua New Guinea-based user here on Facebook on October 6, 2020. 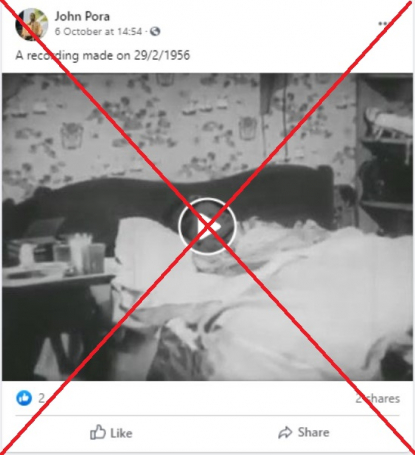 A voiceover plays throughout, which says in part: “When you think about the future, you probably envision the remarkable technologies you've seen in comics and movies. You may be surprised to learn what the future really could bring.

“Perhaps worst of all is the emergence of a deadly and potentially devastating disease… Experts predict that by the year 2020, a new virus will emerge and spread from somewhere in Asia to the rest of the world."

The video has also been shared thousands of times by Facebook users in Australia, The Netherlands, Nigeria, Pakistan and India; and viewed over 215,000 times here and here on YouTube.

Some social media users did appear to be misled by the video. One commented on this YouTube video: “Many happenings are not coincidental. They are wicked plans being carried out”.

The video, however, was not made in 1956 and was intended to be satirical.

A combined keyword and reverse image search found the video uploaded here on YouTube on February 29, 2020, on an account owned by author and satirist Max Patrick Schlienger, who uses the pseudonym RamsesThePigeon online.

The description of the video states: “yes, I only threw this together because I wanted to have a video upload on February 29th,” referring to the fact that 2020 is a leap year.

The caption continues, in part: “Archival and public domain materials were obtained from Archive.org”. Archive.org is a digital library of websites and other digital materials, including videos.

In an email to AFP dated September 30, 2020, Schlienger said he created the video "in response to the anti-scientific thinking and conspiracy theories that emerged as soon as Covid-19 began to become a serious concern worldwide.”

"The intent behind the video was to make fun of the more popular parts of the misinformation that was spreading at the time ... namely that Covid-19 was a largely harmless virus and the response to it was exaggerated," he said.

He added that the video is "a collection of public domain educational videos, commercials and horror films from the 1950s” and that he wrote and recorded the voiceover himself.

A separate reverse image search of keyframes from the video also shows that it used archival footage from the 1966 film “The Secretary: A Normal Day” at its 57-second mark.

SARS-CoV-2, the virus that causes the disease COVID-19, was first detected in the Chinese city of Wuhan in late 2019 and spread rapidly around the world in the following months.

The World Health Organization declared it a pandemic on March 11, 2020.