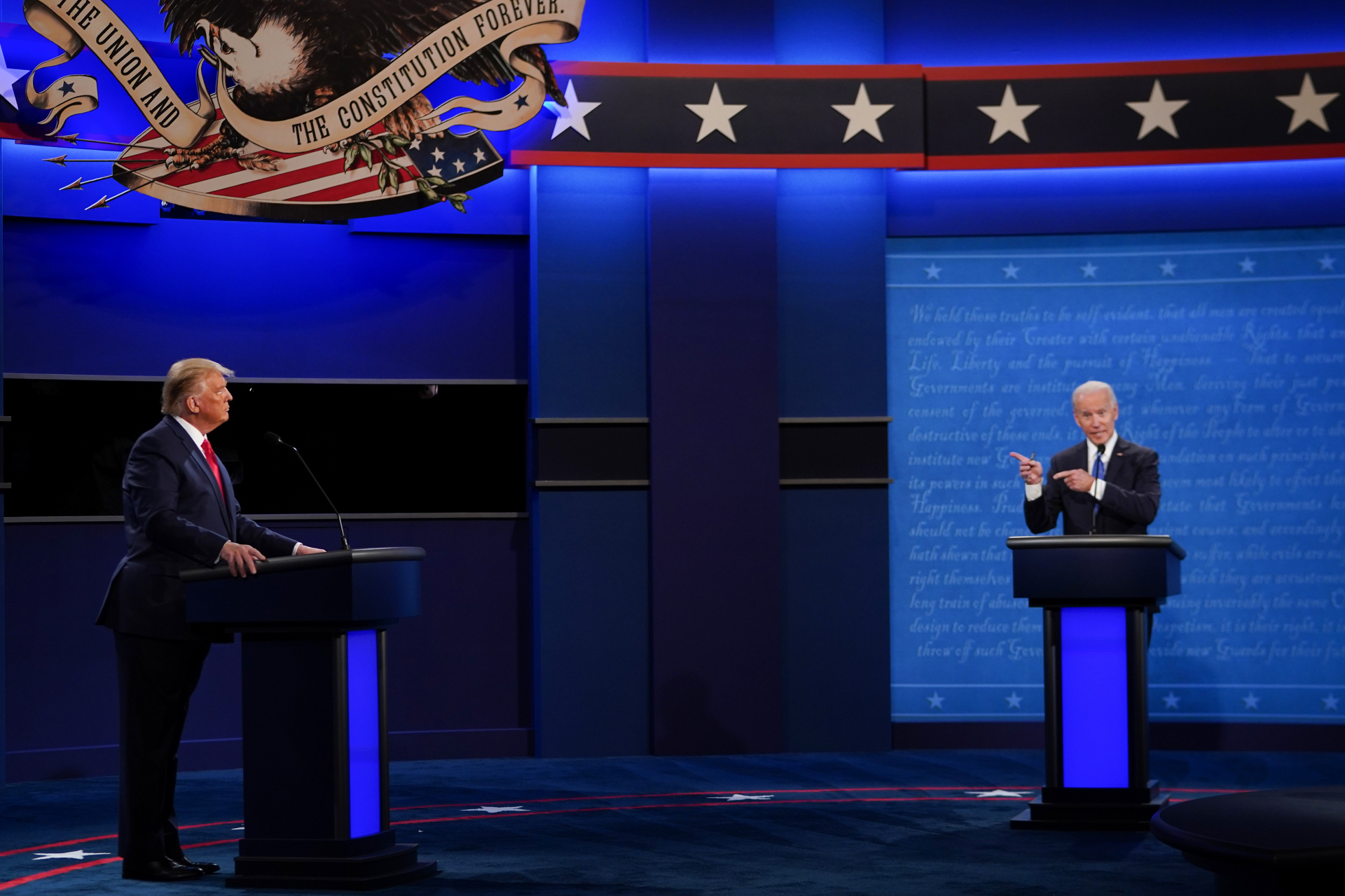 President Donald Trump and his Democratic challenger Joe Biden sparred over the coronavirus response, US policy on China, and race in America in their second and final debate of the 2020 election.

AFP examines what the candidates said on key issues at Thursday’s event in Nashville.

Speaking about the coronavirus, Trump said: “2.2 million people modeled out were expected to die. We closed up the greatest economy in the world in order to fight this horrible disease.”

Where does this figure come from?

The 2.2 million number -- which the president has also previously used to defend his response to the virus -- is a description from a report by the Imperial College Covid-19 Response Team of what could happen if no action were taken at all.

“In an unmitigated epidemic, we would predict approximately 510,000 deaths in GB and 2.2 million in the US,” it said.

However, the high toll projection has always been considered an unlikely worst case scenario, that would only occur if no preventative measures were taken.

US states, like other countries, did impose lockdowns and individuals, to varying degrees, have observed social distancing.

According to Johns Hopkins University, the US coronavirus death toll stands at more than 223,000.

This is not wholly accurate. Over the past several months, there have been days when American deaths from Covid-19 topped 1,000. For example, an AFP tally based on national data and the Johns Hopkins University coronavirus resource center, showed that at 0030 GMT, 1,035 people had died in the past 24 hours.

“China is paying, they’re paying billions and billions of dollars,” Trump said, apparently referring to money from tariffs imposed by his administration.

Biden countered that it was “taxpayers’ money.”

Biden’s characterization of the situation is accurate. As the Urban-Brookings Tax Policy Center notes, a tariff “is almost always paid directly by the importer (usually a domestic firm), and never by the exporting country.”

When talking about trade, Biden said of Trump: “He has caused the deficit with China to go up, not down.”

For much of his term, Trump’s tariff policy has aimed to reduce the trade deficit and end what he calls unfair trade practices.

Under a truce signed on January 15, 2020, China made a two-year commitment to import at least $200 billion worth of US agricultural, manufactured, seafood and other products and services, above what it purchased in 2017.

Discussing race, an issue with higher public attention than in most election years after the deaths of many Black citizens at the hands of police, Trump accused Biden of previously calling Black men “super predators” when the former vice president was a US senator.

This is false. The phrase “super predators” goes back to a crime bill co-written by Biden in the 1990s, but it was Hillary Clinton who said it when she was advocating for the legislation.

At Thursday’s debate, Biden maintained that he did not say “super predators.” He did, however, warn of criminal “predators” when making a speech on the Senate floor to push for the bill.