Photos of a 90-year-old British grandmother who became the first person in the world to receive the Pfizer-BioNTech Covid-19 vaccine outside of a clinical trial have been shared repeatedly in multiple misleading Facebook posts in December 2020. The posts claim the woman in the photos was previously pictured receiving the Covid-19 vaccine in a CNN news report in October 2020, at least two months before the UK vaccination drive started. The claim is false; the CNN report was actually published on December 8, 2020, and the photos of the 90-year-old woman corresponds with multiple news reports published the same day.

The photo was shared by a Philippines-based Facebook user here on December 9, 2020. 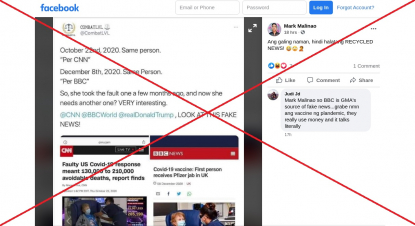 A screenshot of the misleading post, taken on December 14, 2020

The photo’s Tagalog-language caption translates to English in part as: "Great, not obvious it's RECYCLED NEWS!"

The woman pictured in the post is Margaret Keenan, a 90-year-old British grandmother who received the first Pfizer-BioNTech Covid-19 vaccine outside of a clinical trial on December 8, 2020, as AFP reported here. AFP also published the photo of the December 8 vaccination here.

Identical photos were shared on Facebook here, here and here by users worldwide alongside a similar claim.

The screenshots were also shared on Twitter here with a similar claim.

The CNN report shown in the social medias was published here. While the report’s date stamp shows October 22, 2020, the video of Keenan is actually from December 8, 2020.

The website displays a carousel of videos, which allows new videos to sometimes appear above older news reports. 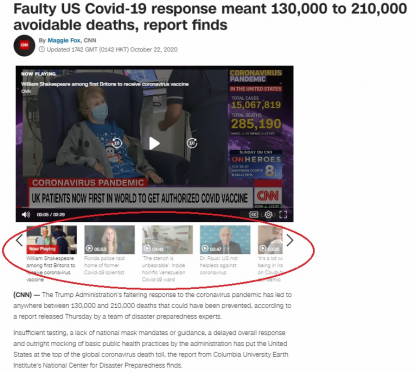 The video of Keenan was published separately here by CNN. The article’s URL bears the date December 8, 2020, consistent with the start of the UK vaccination drive.

The BBC report shown in the misleading posts was published here on December 8, 2020. 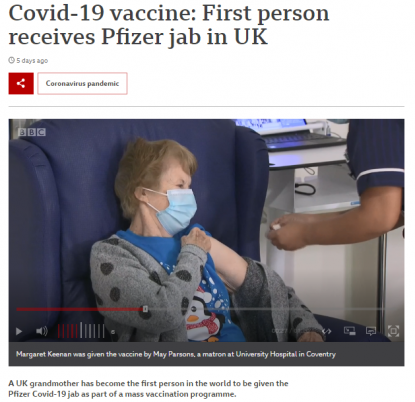 Keenan’s vaccination was also reported on here by AFP and here by the Associated Press.