Skip to main content
Romaine lettuce is seen on sale at a supermarket in Washington, DC in 2018 (AFP / Andrew Caballero-Reynolds) 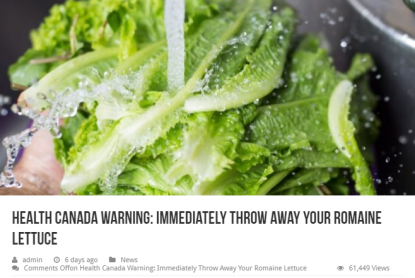 According to the article, “an outbreak of E. coli has produced dozens of cases of illness in the United States and Canada,” with 180 confirmed cases, including 20 hospitalized.

However, the content of the article is false. “There is currently no food recall for romaine lettuce in Ontario,” Christine Carnaffan, spokesperson for the Canadian Food Inspection Agency (FCIA), the agency in charge of food safety in Canada, told AFP.

The food recall warning page of the FCIA currently makes no mention of an E. coli outbreak or of a romaine lettuce recall. Health Canada, another Canadian agency in charge of food safety, has no standing E. coli warnings on its list.

Canada-eh.info had published false articles on topics related to food recalls. AFP FactCheck debunked a false claim of an egg recall by the site last month. 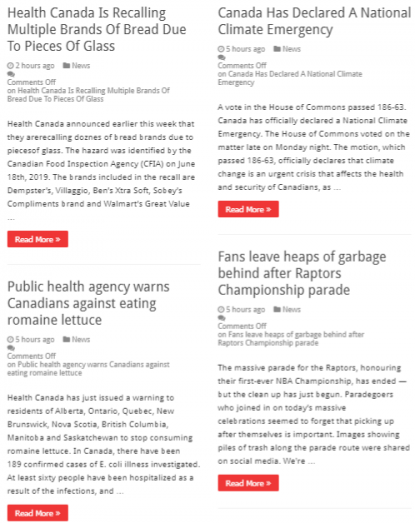 The identity of the person who registered the urls for both website is concealed, but both webpages were registered using the same domain name registrar company, NameCheap Inc.

These similarities cannot fully establish that both websites were created by the same person, but the identical layout, content focus and domain registrar make the possibility likely.

Consumers worried about product recalls in Canada can search this site run by CFIA.