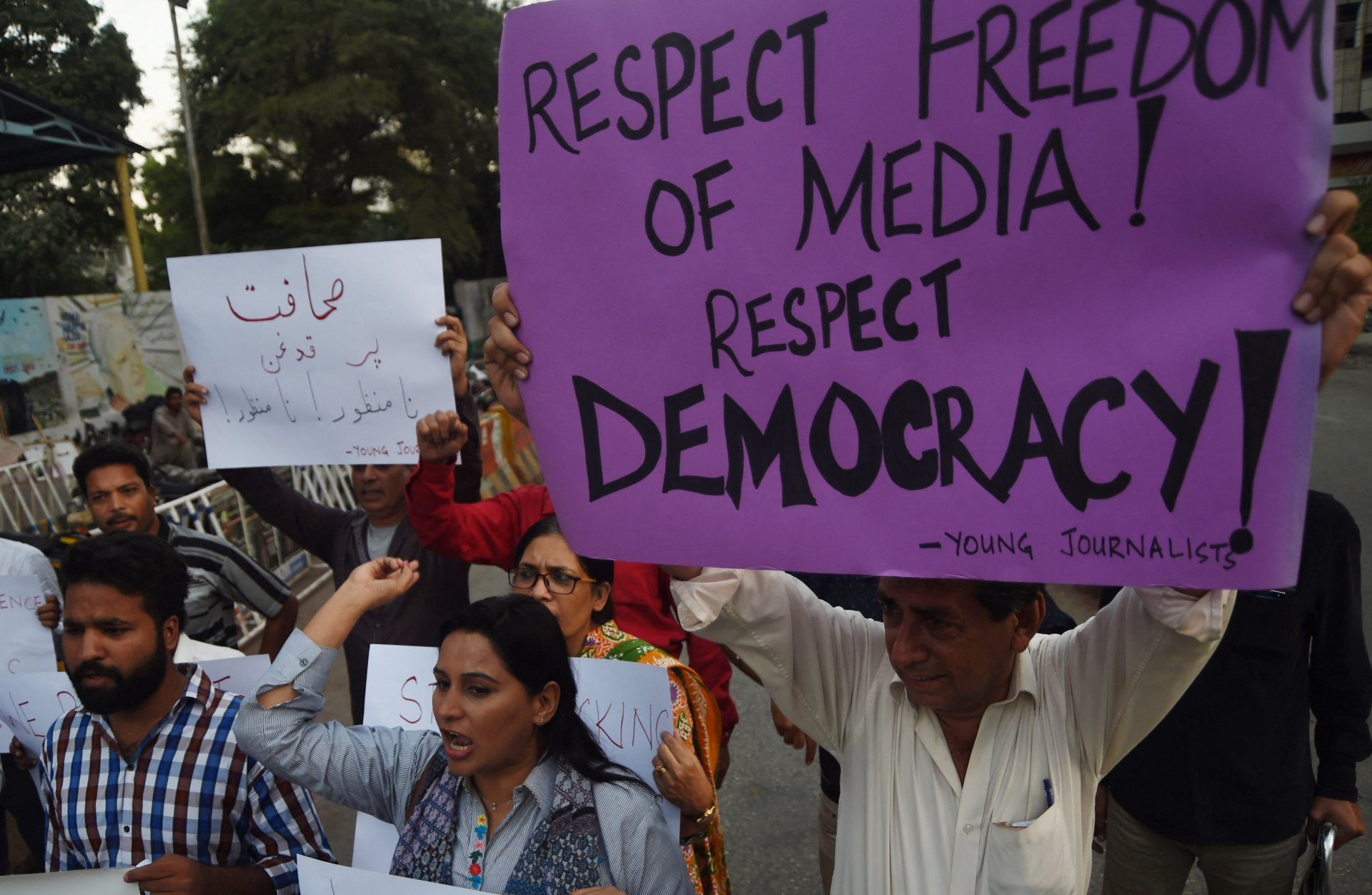 Pakistani journalists and civil society activists hold placards against the attack on Ahmed Noorani, a senior journalist of a local newspaper who was beaten by unknown attackers on motorbikes on October 26, during a protest in Karachi on October 28, 2017. (Photo by RIZWAN TABASSUM / AFP) (AFP / Rizwan Tabassum)

"Shame on you Asad Toor,” reads the post’s caption.

The image shows a screenshot of a tweet from Pakistani journalist Asad Ali Toor.

Toor was attacked by three men who broke into his apartment in Islamabad in May, sparking outrage from rights groups. Al Jazeera reported on the assault on May 26, 2021.

"A special thanks to honourable judge of #SupremeCourt #JusticeQaziFaezIsa and Mrs. #SarinaIsa for visiting me to inquire about my health. Mrs Sarina Isa in a caring gesture brought these pain killers for me,” Toor’s tweet reads.

The accompanying picture purports to show a brand of fertility medicine. 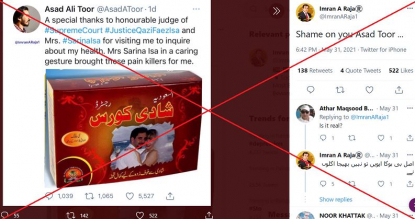 Screenshot of the post with the doctored image. Taken on June 2, 2021.

The photo has been shared on Twitter here, here and here.

The accompanying photo shows a brand of painkillers, not infertility medicine.

Below is a screenshot comparing the altered image (L) and the original image from Toor (R):

Below is a screenshot comparing the brand of infertility medicine seen in the altered image (L) with a picture of the same medicine from the manufacturer’s Facebook page (R):

Screenshot comparing the infertility medicine in the altered image (L) with the original (R). Taken on June 3, 2021.

Pakistan routinely ranks among the world's most dangerous countries for journalists.