Skip to main content
British actor Rowan Atkinson poses during a photocall at the presentation of his movie 'Mr. Bean's Holiday', 11 April 2007 in Paris. (Photo by JOEL SAGET / AFP)

The post, published on a Facebook page called “Mr.Bean”, was shared more than 7,000 times before it was deleted. 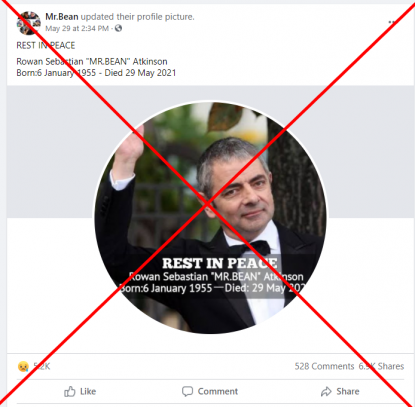 Rowan Atkinson is a British actor best known for his television character Mr. Bean, a role he first played in 1990.

An identical image with the same claim was also shared in Facebook posts here, here, here and here.

Comments on the posts indicated some people were misled by the claim.

“Rest in peace. Thank you for the best childhood [memories],” one wrote.

“We will never forget you, the one and only Mr. Bean. We will miss you,” wrote another.

PBJ Management, the talent agency that manages Atkinson, denied the actor had died.

“I can confirm he’s alive,” a spokesperson for PBJ Management told AFP on June 1, 2021.

The Facebook page that shared the hoax is not the official page for the Mr. Bean television show.

It was created on May 29, 2021 -- the same day it posted the graphic that falsely claimed Atkinson died.

The official Mr. Bean page here was created on April 13, 2008. It has been verified by Facebook. 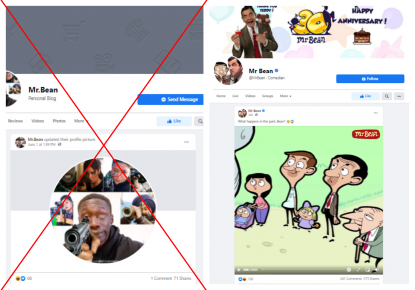 Atkinson has been a frequent target of death hoaxes throughout the years.