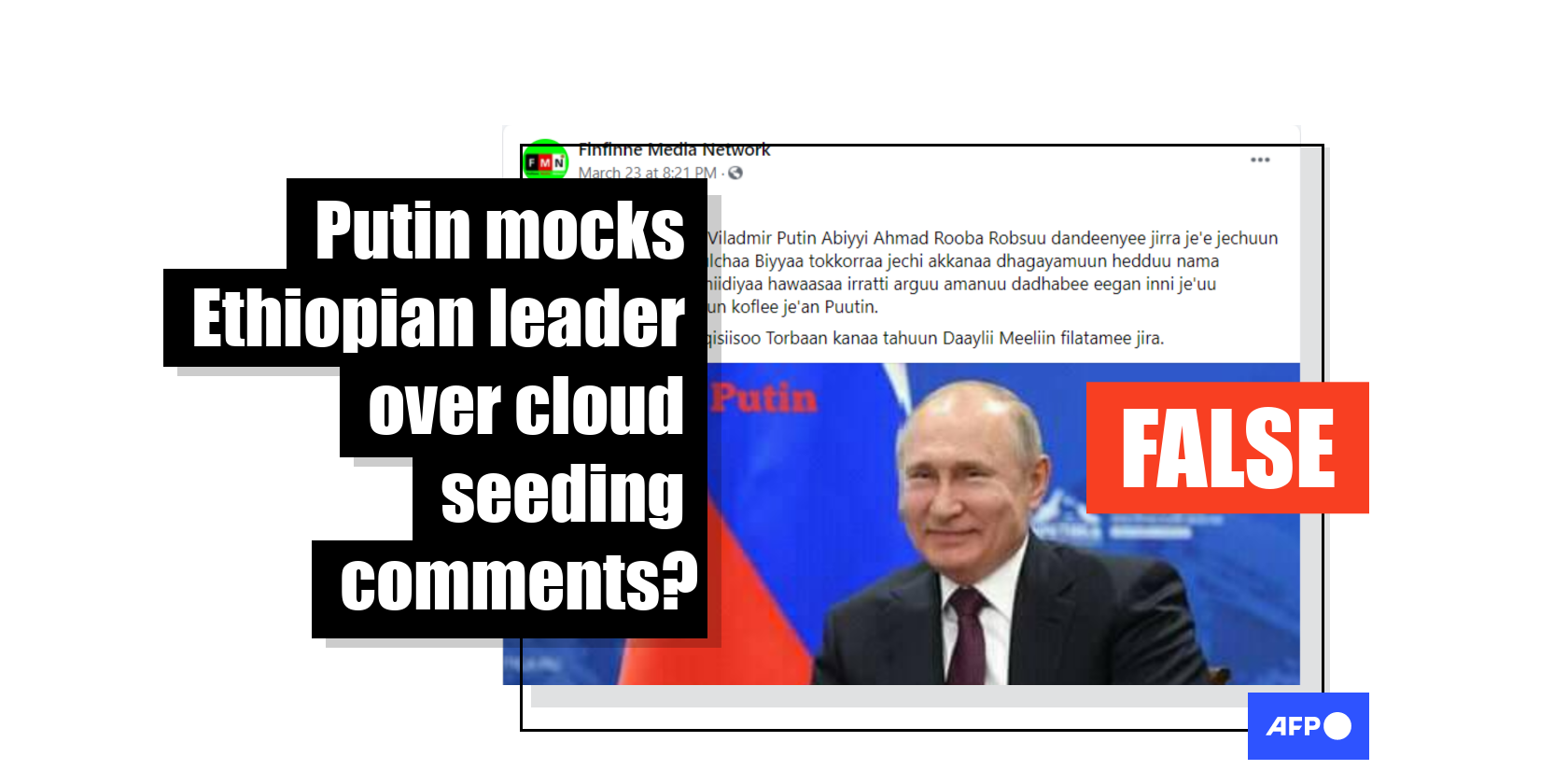 A post featuring an image of Russian President Vladimir Putin has been shared alongside a claim that he mocked the Ethiopian Prime Minister, Abiy Ahmed, in a UK newspaper for attributing rainfall in the dry, northern Shewa region to the use of cloud seeding technology. This is false; the Russian embassy in Addis Ababa denied that Putin had said anything about Abiy or the topic of cloud seeding and dismissed the claim as “fake”. The Daily Mail also denied being the source of the claim.

“Russia’s President Vladimir Putin told the Daily Mail that Abiy Ahmed said he was able to make the rain fall. It is very amazing to hear such a comment from the leader of a country (sic),” reads part of the caption of a Facebook post published on March 25, 2021 and translated from Oromo, a widely-spoken language in Ethiopia where Abiy is Prime Minister. 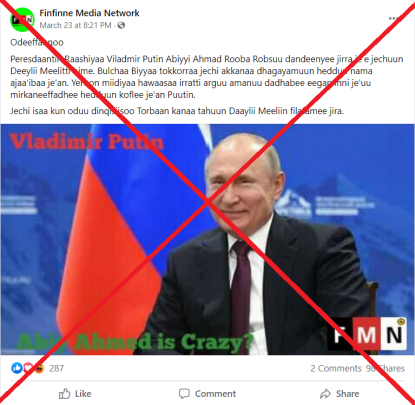 With nearly 100 shares, the post further claims that Putin saw a statement by Abiy on social media and “laughed” at how the Ethiopian leader said he was able to “control the weather”.

A graphic featured in the post shows Putin smiling alongside a line of text that reads: “Abiy Ahmed is crazy?”.

The post surfaced soon after Abiy gave a speech in front of the Ethiopian Federal Parliamentary Assembly on March 23, 2021, during which he mentioned that recent rainfall in the Gojjam region and the northern Shewa region was induced by cloud seeding technology.

“Over the past few weeks we have been experimenting with cloud seeding technologies and will officially launch soon, to augment rainfall. As our population increases and demands on land increase, such techniques will make dry places more livable and productive.#PMAbiyResponds https://t.co/Hgj8bciDES pic.twitter.com/M6VxYhdABf

Cloud seeding, a means of inducing rainfall by “seeding” the atmosphere with chemicals, has been used across the globe since the 1940s. Countries like Indonesia seed clouds to keep forest fires at bay. 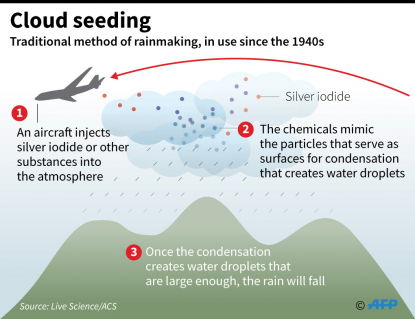 The page behind the post is called “Finfinne Media Network” and has more than 21,000 followers. According to Facebook’s page information, it was created in November 2020 and is managed from Ethiopia.

The post in question ends by saying the “news” item was selected by the UK’s Daily Mail as one of their “most amazing news of the week”.

Contacted by AFP Fact Check, the Russian embassy in Ethiopia denied Putin made these remarks and rejected the claims in the Facebook post as “fake”.

“The post that you have mentioned, as well as the interview and the cited words of the Russian president, are a fake,” an embassy spokesman wrote in an email sent to AFP Fact Check on March 30, 2021.

According to the Kremlin’s website, the most recent interview with Putin aired in August 2020. He sat with Russian journalist Sergei Brilyov for the state-owned television channel, Russia-1.

In this interview, Putin made no mention of Ethiopia or Abiy and said nothing about cloud seeding.

Daily Mail did not publish these comments

Furthermore, the office of the Daily Mail’s managing editor denied being the source of the claim and told AFP Fact Check that the news organisation had no recent interviews with Putin.

“This alleged interview was not conducted by the Daily Mail,” the office wrote in an email to AFP.

A search on the Daily Mail’s website using keywords “Putin Interview” failed to yield any results.

The account that shared the false post has a history of promoting misleading content on Facebook. AFP Fact Check recently debunked a claim that the US Department of Defense had announced imminent airstrikes on Ethiopia.