An image purportedly showing Rihanna holding the national flag of Pakistan has circulated online in social media posts after the pop star tweeted her support for protesting farmers in India. But the image, which was shared tens of thousands of times, has been doctored: the original photo actually shows Rihanna holding a West Indies flag at a cricket match in 2019.

The doctored image was published in this Facebook post on February 3, 2021. It has been shared hundreds of times.

The post’s Hindi-language caption translates to English as: “Rihanna is the new godmother of the anti-government group. Now you can understand who she really is.” 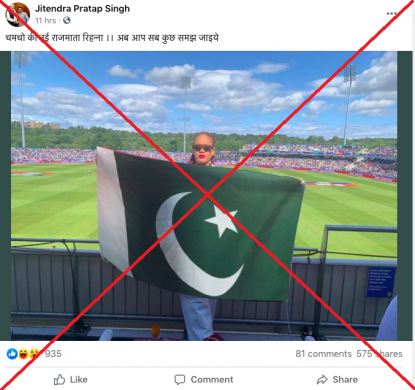 Rihanna, who has more than 100 million Twitter followers, posted a tweet on February 2, 2021 with a link to a CNN story about the ongoing Indian farmers' protests against new agricultural laws. CNN reported there had been an internet blackout at the camps where tens of thousands of Indian farmers have been living since November 2020.

“Why aren’t we talking about this?! #FarmersProtest”, reads her tweet.

why aren’t we talking about this?! #FarmersProtest https://t.co/obmIlXhK9S

Some Indian celebrities hit back at the Barbadian singer for her comment. Sporting legend Sachin Tendulkar and a host of Bollywood stars decried what India’s foreign ministry called "sensationalist" Twitter comments. AFP reported on the backlash here.

Arch-rivals Pakistan and India are locked in dispute over Kashmir, and the image of Rihanna purportedly holding the Pakistani flag was shared widely after the Barbadian singer’s tweet, for example here and here on Facebook, and here and here on Twitter, alongside a similar claim.

The claim is false: the image has been doctored to include the Pakistan national flag.

A reverse image search on Google found the original photo was published here on the official Twitter account of The International Cricket Council (ICC) on July 1, 2019. Rihanna is holding a flag with the official logo of the West Indies cricket.

“Look who's at #SLvWI to Rally 'round the West Indies! Watch out for @rihanna's new single, Shut Up And Cover Drive,” reads the tweet.

Look who's at #SLvWI to Rally 'round the West Indies!

Rihanna also posted a photo of her on Instagram on July 2, 2019 wearing a cap knitted with West Indies cricket crest.

Below is a screenshot of the West Indies cricket crest taken from the official website: 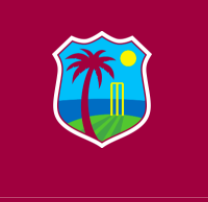 The West Indies played Sri Lanka on July 1, 2019 in the English market town of Chester-le-Street during the 2019 Cricket World Cup.