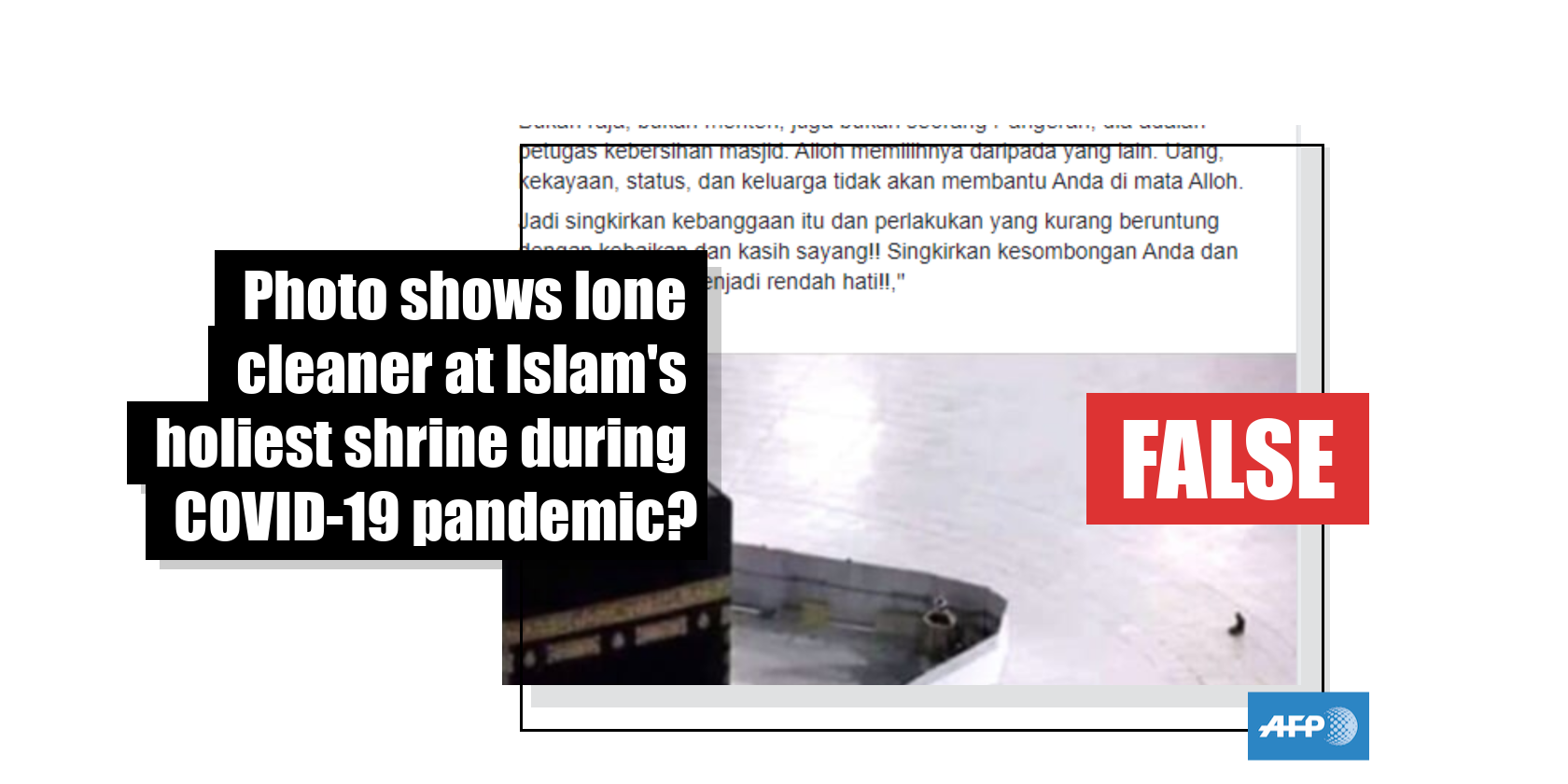 An image of a person sitting near Islam's holiest shrine, the Kaaba in Saudi Arabia, has been shared repeatedly in multiple posts on Facebook, Instagram, Twitter and on online blogs. It was shared alongside a claim it shows a lone cleaner who was the only person permitted to sit around the Kaaba during the coronavirus lockdown. The claim is false; the photo has been doctored to remove two people standing near the Kaaba; the original image has circulated in media reports about a Saudi policeman praying at the Islamic shrine.

The Indonesian-language’s post translates to English as: “‘The only person allowed to sit here !!

“Not a king, not a minister, also not a Prince, he is the mosque's cleaner. Allah chose him over the others. Money, wealth, status, and family will not help you in the eyes of Allah.

“So get rid of that pride and treat the less fortunate with kindness and affection !! Get rid of your arrogance and learn to be humble !!’ (During Lockdown)”. 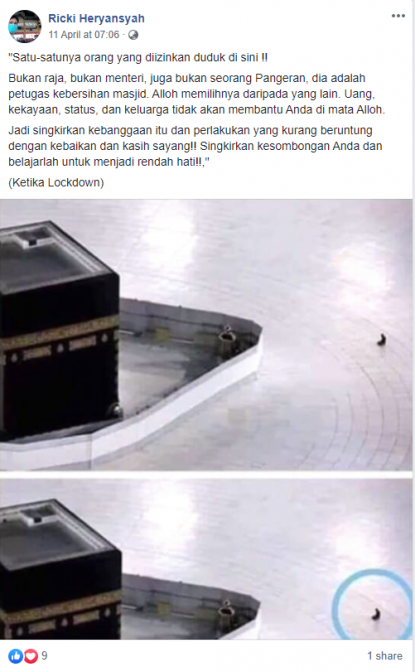 The Kaaba, a cube-shaped shrine covered with a black cloth, is located near the centre of the Great Mosque in Mecca and is considered Islam’s holiest site.

The image with a similar English claim was also shared on Facebook here, here and here.

The AP photo’s caption reads: “A Saudi policeman prays in front of the Kaaba, the cubic building at the Grand Mosque, in the Muslim holy city of Mecca, Saudi Arabia, Saturday, March 7, 2020. Saudi Arabia emptied Islam's holiest site for what they say sterilization over fears of the new coronavirus.”

The AP photo also shows two other people near the fence surrounding the Kaaba.

Below is a screenshot comparison of the photo in the misleading post (L) and the AP photo (R), with the missing people circled in red by AFP:

Saudi Arabia emptied the Grand Mosque and the Kaaba for sterilisation over fears of the novel coronavirus on May 5, 2020, one day after it suspended the umrah pilgrimage, AFP reported here.

The kingdom reopened the area around the Kaaba on March 7, 2020, for “non-umrah performers”.