Two images circulated in social media posts purport to show US President-elect Joe Biden switched a surgical boot from his right leg to his left after injuring his right foot while walking his dog in late November 2020. The posts, shared hundreds of times in multiple posts on Twitter and Facebook, were published alongside a suggestion that Biden could be faking the injury. The claim is false; the image that purports to show Biden wearing a boot on his left foot has been doctored from a photo captured in 2018.

The images were published here on Facebook on December 3, 2020. The post has been shared more than 20 times. 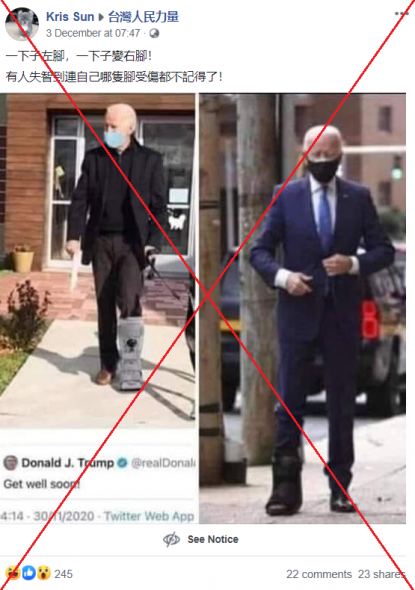 A screenshot of a tweet by US President Donald Trump has been added in the bottom left-hand side of the post image.

The post’s traditional Chinese-language caption translates to English as: “Left foot one moment, and right foot the next! / Someone is too mentally impaired to remember which one of his own feet has been injured!”

The claim is false; the image that purports to show Biden wearing the boot on his left foot has been doctored.

A reverse image search on Google, followed by a keyword search, found the original photo published here on the Instagram account of animal welfare organization Delaware Humane Association. It was shared on November 17, 2018. 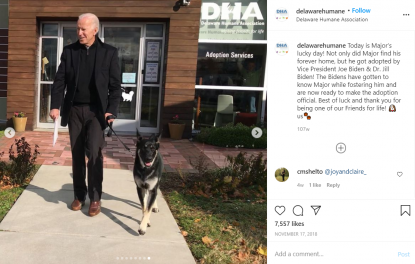 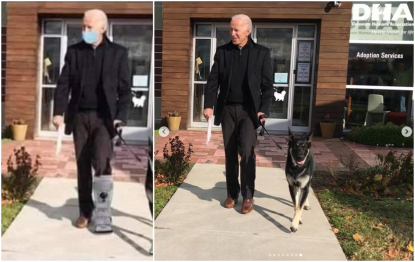 The Instagram post’s caption states in part: “Today is Major’s lucky day! Not only did Major find his forever home, but he got adopted by Vice President Joe Biden & Dr. Jill Biden! The Bidens have gotten to know Major while fostering him and are now ready to make the adoption official. Best of luck and thank you for being one of our Friends for life!”

The photo of Biden wearing a black boot on the right foot from the misleading posts was published by Getty Images and featured in US news reports here and here.

The tweet by Donald Trump seen in the misleading image was published here on November 30, 2020.