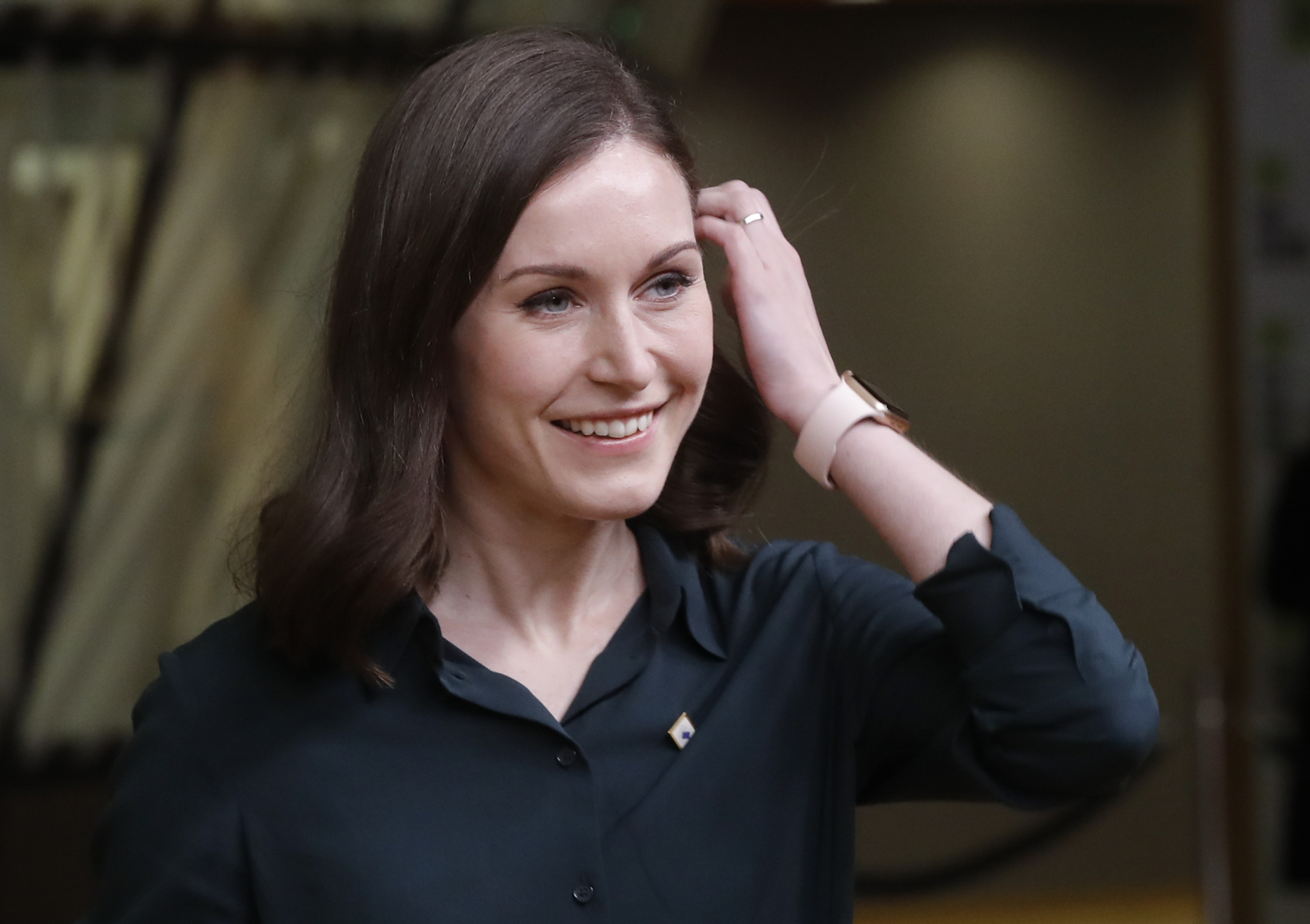 Finland's Prime Minister Sanna Marin arrives to speak to the press at the end of a summit in Brussels, on December 15, 2021 ( POOL / AFP / OLIVIER HOSLET)


US social media users are sharing claims that Finland's Prime Minister Sanna Marin introduced a labor reform that would establish a four-day work week, and six-hour work days. This is false; Marin mentioned the possibility on Twitter before taking office, but her government says there is no current plan to move forward with the project.

"See what happens when your leadership isn't geriatric," says a January 2, 2022 tweet featuring a screenshot of a headline that reads: "Finland to introduce a four-day working week and SIX-HOUR days under plans drawn up by 34-year-old prime minister Sanna Marin." 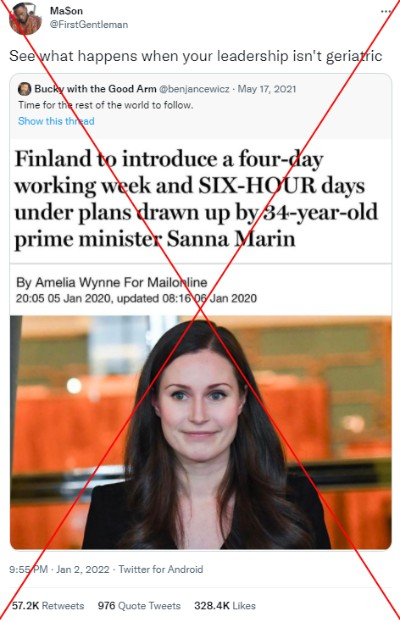 However, Finland is considering no such labor reforms at this time.

"We do not have any projects similar to a four-day work week or a six-hour work day at the moment in our ministry and it is not in the governmental agenda," Niinikoski Iiris, the special adviser to the Finnish minister of employment, told AFP on January 21.

The screenshot in the tweet shows an article published in January 2020 on Mail Online, the web version of British tabloid the Daily Mail. The article was updated within days to say that Marin had called for such a change instead of indicating that Finland was set to implement it.

On August 19, 2019, when she was still minister of transport, Marin did tweet: "Reducing working hours can and must be discussed," adding: "A 4-day work week or a 6-hour workday with a living wage may be a utopia today, but it may be true in the future."

She became her country's youngest-ever prime minister in December 2019, but her government did not promise or act on a four-day work week.

Certain US companies moved to four-day work week during the Covid-19 pandemic, and the Democratic Socialists of America advocates for a generalization of such work schedules in their platform.