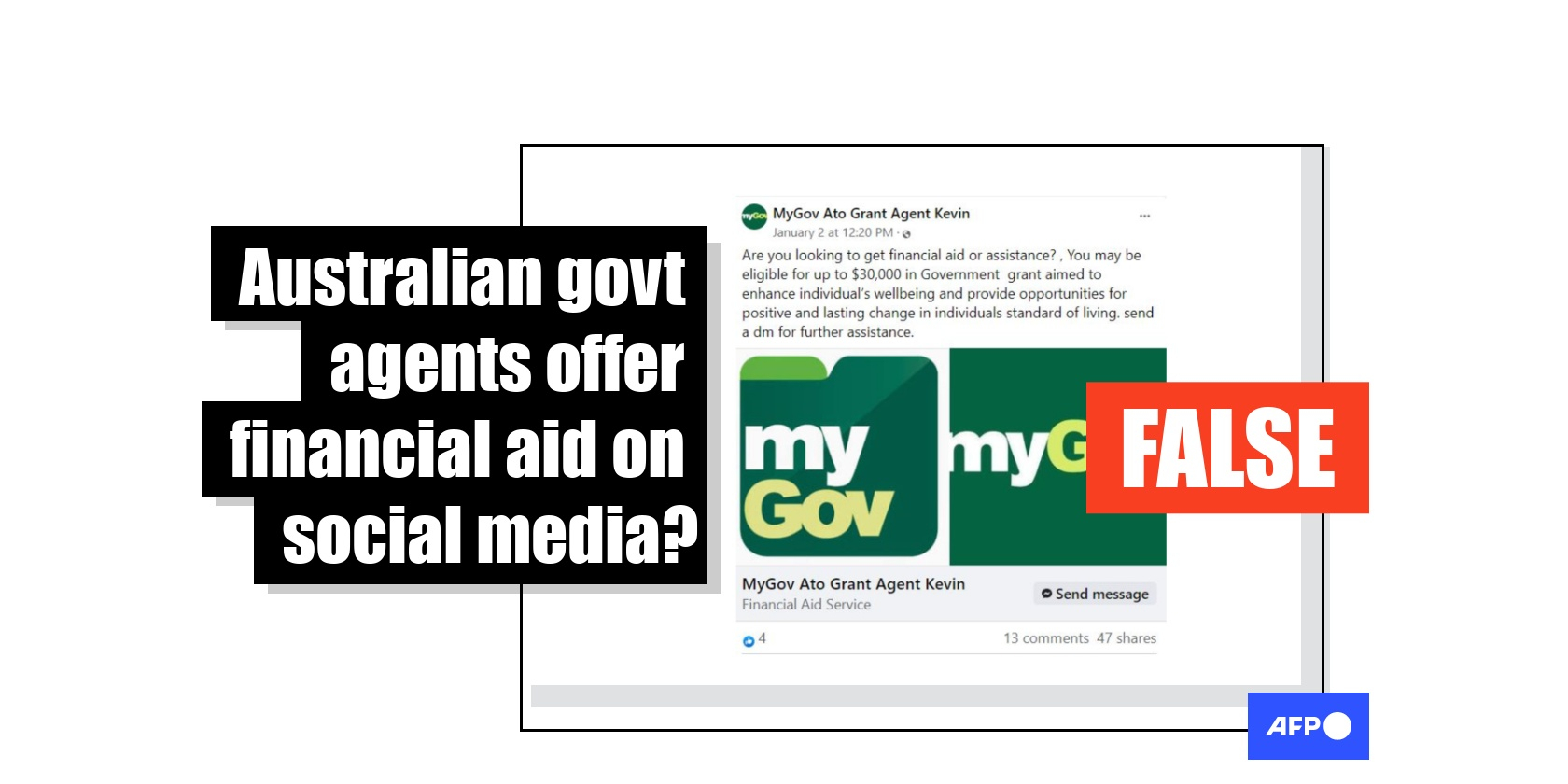 Australian government officials have warned against scam Facebook posts impersonating "agents" from the national government services platform and tax office to offer financial aid to citizens. Representatives for myGov and the Australian Taxation Office said they do not perform financial transactions over social media.

"You may be eligible for up to $30,000 in Government grant aimed to enhance individual's wellbeing and provide opportunities for positive and lasting change in individuals standard of living," the post says. 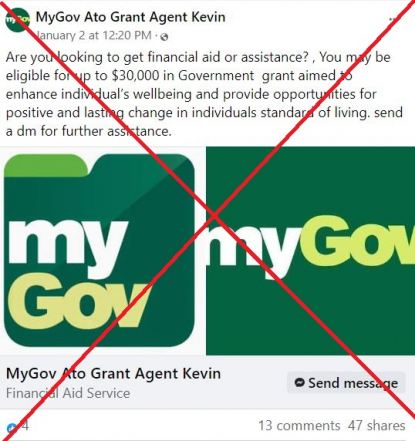 AFP found similar posts featuring the logos of myGov and the ATO shared on Facebook since at least October.

"Can I apply for this," one asked.

"I need a hearing aid please, information please," another commented.

'Grant does not exist'

A representative for Services Australia, the government body that manages myGov, said the purported $30,000 grant was "not a genuine offer" from the agency.

"Services Australia will never engage with people via direct message, live chat or ask people for personal information such as their CRN (customer reference number), phone number or email via social media," the spokesperson told AFP on January 20.

"We'll also never ask people to pay for our assistance, or to access our payments and services."

An ATO representative said that the posts were attempting to impersonate the agency.

"This is not the ATO, and this grant does not exist," the spokesperson told AFP on January 20.

"The ATO will never use Facebook, or any other social media platform, to ask for personal information or documentation or make payments."

They warned Australians not to share personal details such as their tax file number (TFN) or bank account details on social media, including via private message.

Services Australia's authentic social media accounts are listed on its website while the ATO's genuine accounts can be found here.