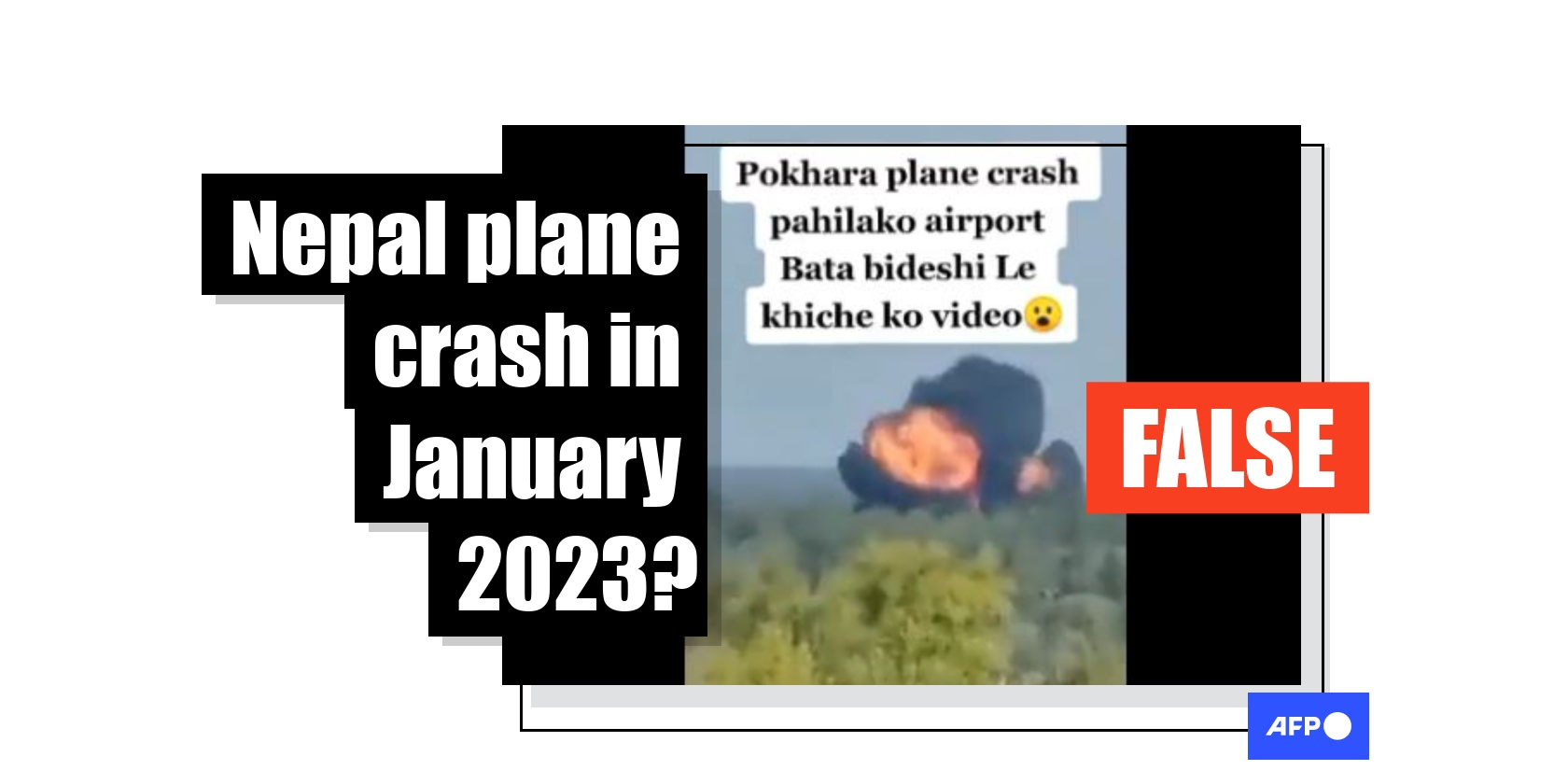 A video has been viewed tens of thousands of times in social media posts that falsely claim it shows a plane with 72 people on board that crashed in Nepal on January 15. The video has in fact circulated in reports about a Russian military transport plane that crashed outside Moscow in August 2021.

"Tragic plane crash in #Pokhara is extremely shocking & painful. Deepest condolences to the families of those who lost their lives in the tragic accident. #YetiAirlines #planecrash #Nepalcrash," reads a tweet posted on January 16.

The video, which has more than 65,000 views, shows a plane on fire crash-landing in a forest.

Two people off-camera, who appear to be filming the scene from a distance, can be heard speaking Russian and gasp as the plane plunges towards the ground.

Nepali-language text overlaid on the video reads: "The video of the Pokhara plane crash was shot by a foreigner." 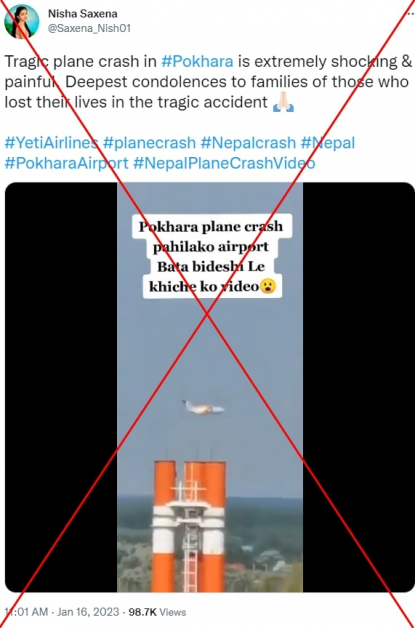 A Yeti Airlines passenger plane crashed as it approached the Nepalese city of Pokhara on January 15, the country's worst aviation disaster in three decades.

All those on board, who included six children, are believed to have died.

A keyword search on Twitter found the video posted on August 17, 2021 by Russian news outlet Novaya Gazeta in a tweet about a plane crash near Moscow.

Below are screenshot comparisons of the video shared in a false context (left) and on Novaya Gazeta's Twitter account (right):

BBC News Russian embedded the tweet in a report about the disaster, in which a military plane crashed near Kubinka airfield in the Moscow region, killing all three crew members onboard.

According to the BBC's article, the Ilyushin Il-112V Russian military transport aircraft was taking part in a training exercise when it caught fire.

"As the aircraft was approaching for a landing at a low altitude and low speed, engine failure caused the aircraft to stall and crash," the report quoted a source as telling Russian state news agency RIA Novosti.

The crash was widely reported by local Russian news outlets, including EADaily and Life.

AFP published a photo of firefighters at the crash site.