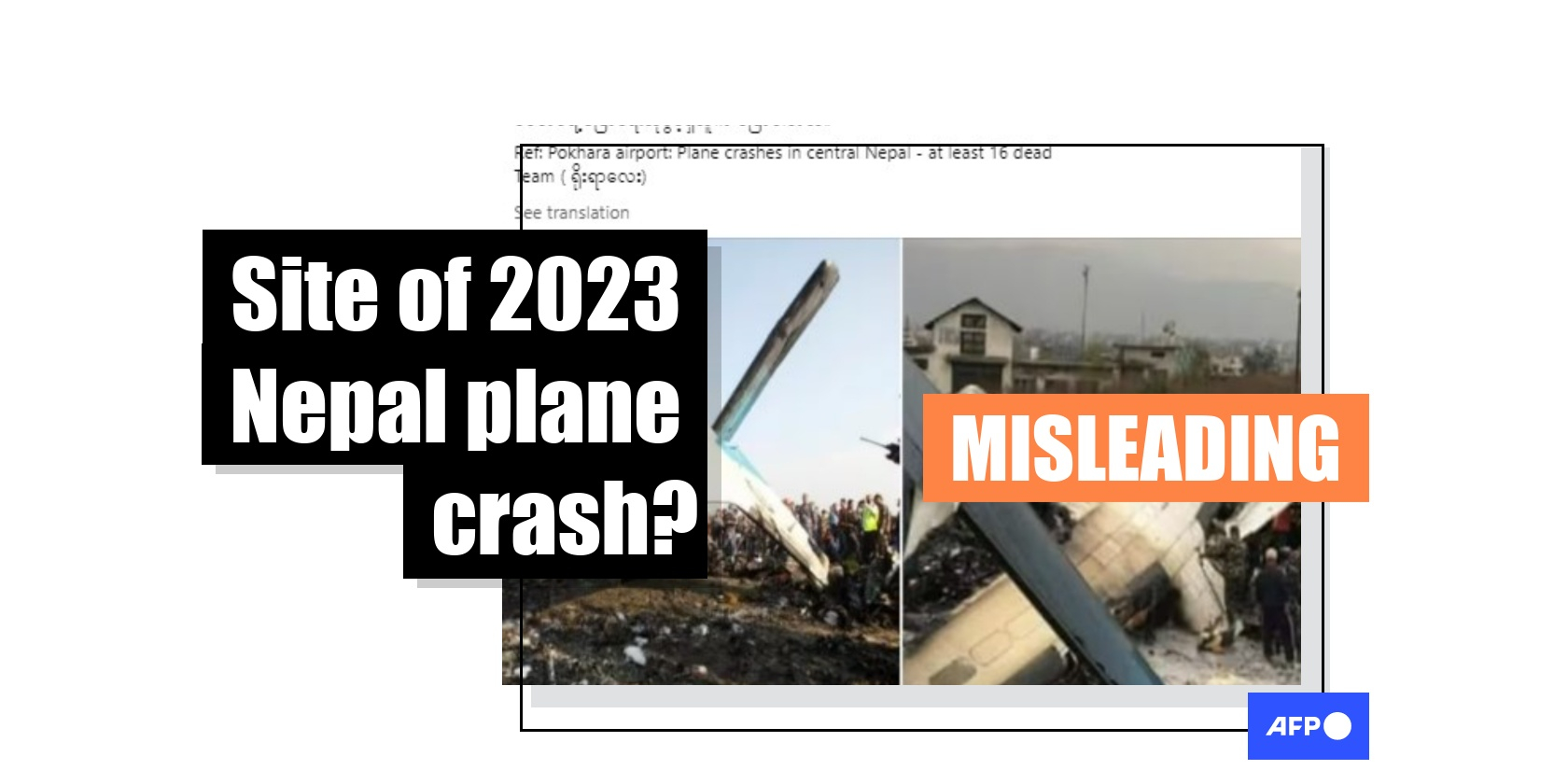 Old photos showing the wreckage from plane crashes are circulating in social media posts misleadingly linking them to a plane with 72 people on board that crashed in Nepal on January 15, 2023. The photos were in fact taken after two different air disasters in the Himalayan nation in 2012 and 2018.

The post gives more information about the Yeti Airlines flight with 68 passengers and four crew that plummeted into a gorge in Pokhara, Nepal on January 15, the country's worst aviation disaster in three decades. 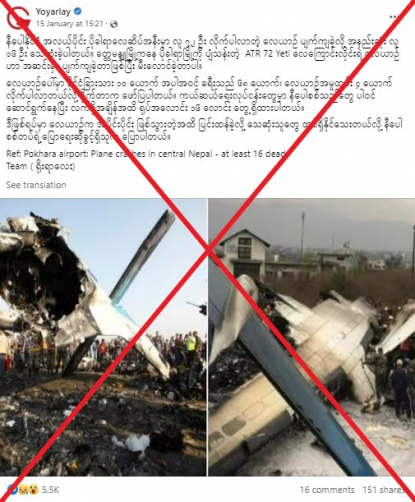 The photos circulated in similar posts in Burmese here, here and here and in Chinese.

The first photo was published by Reuters news agency on September 28, 2012.

According to the photo caption, it shows the wreckage of a plane that crashed the same day near Kathmandu airport.

"A Nepalese police officer stands in front of the wreckage of a Dornier aircraft, owned by private firm Sita Air, at the crash site in Kathmandu September 28, 2012," it reads.

"A small plane crashed shortly after takeoff from the Nepali capital of Kathmandu on Friday, killing 19 people, including seven British and five Chinese passengers, an airline official said."

The photo is credited to Reuters photojournalist Navesh Chitrakar.

Below is a screenshot comparison of the photo shared in misleading posts (left) and the photo on Reuters' website (right):

The Sita Air plane was headed for the town of Lukla, the gateway to Mount Everest, when it plunged into the banks of a river near the city's airport killing all 19 people onboard.

The second photo was published by the Associated Press (AP) news agency following another plane crash near Kathmandu airport on March 12, 2018.

"Nepalese rescuers stand near a passenger plane from Bangladesh that crashed at the airport in Kathmandu, Nepal, on March 12, 2018," the photo caption says.

The photo is credited to AP photojournalist Niranjan Shrestha.

Below is a screenshot comparison of the photo shared in misleading posts (left) and the photo on AP's website (right): 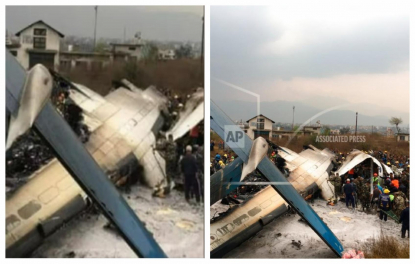 Fifty-one people were killed and 20 were seriously injured when the plane crash-landed, skidding into a football field where it burst into flames.