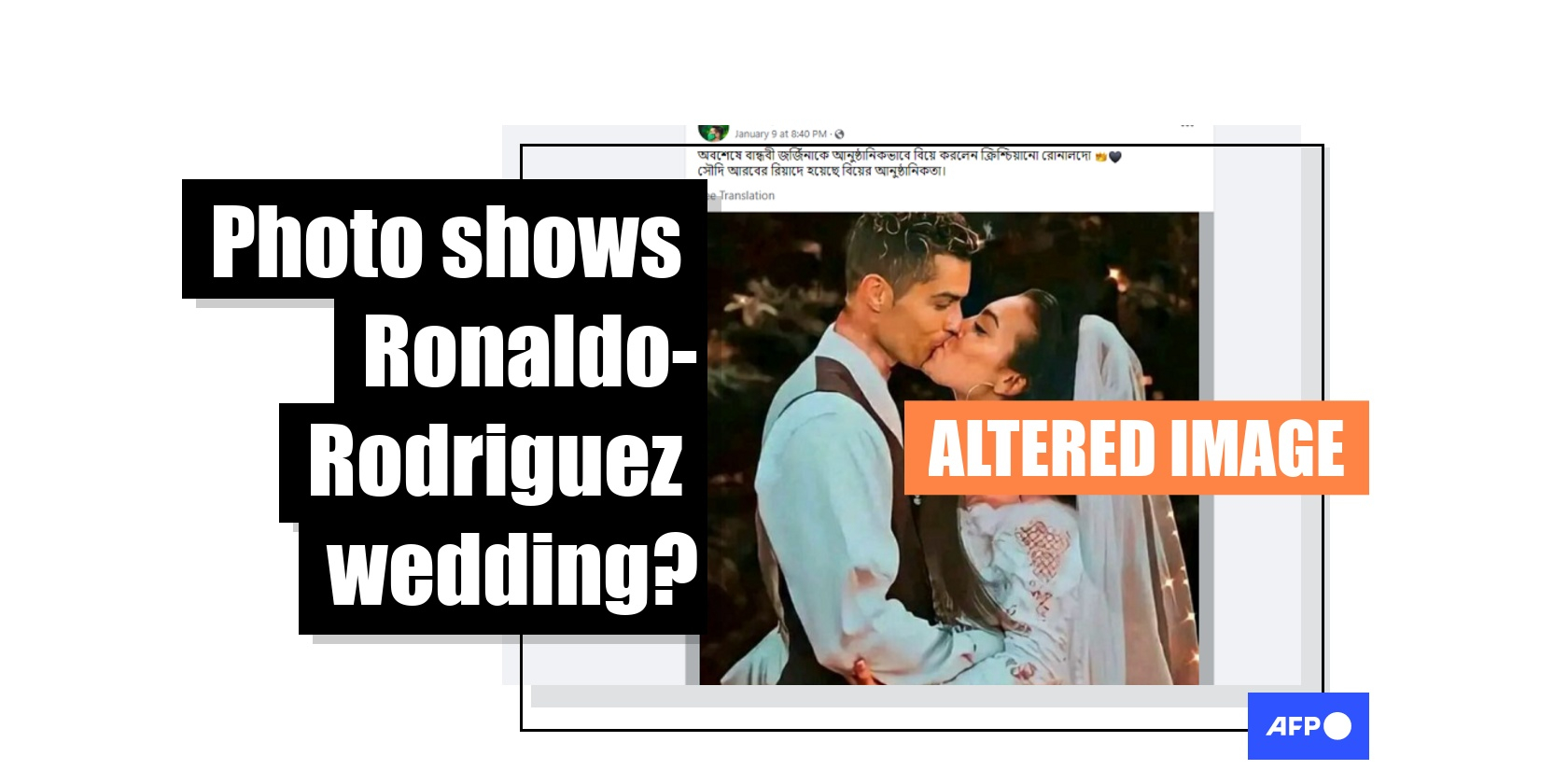 A photo of US pop star Ariana Grande and her husband Dalton Gomez on their wedding day has been manipulated to misleadingly claim it shows Portuguese football star Cristiano Ronaldo tying the knot with Spanish model Georgina Rodriguez in Saudi Arabia. The misinformation circulated online after the former Manchester United player moved to Saudi Arabian club Al Nassr. As of January 19, 2023, there have been no official reports that Ronaldo has married Rodriguez.

The photo was shared here on Facebook on January 9, 2023 alongside a caption that reads: “Finally, Cristiano Ronaldo married his girlfriend Georgina. The wedding took place in Riyadh, Saudi Arabia.”

Comments on the post suggested some users believed the photo was real -- with one replying, “That's awesome! Congratulations!”

But some users called out the "fake news" in comments on other posts that shared the manipulated image with similar captions, including here, here and here. 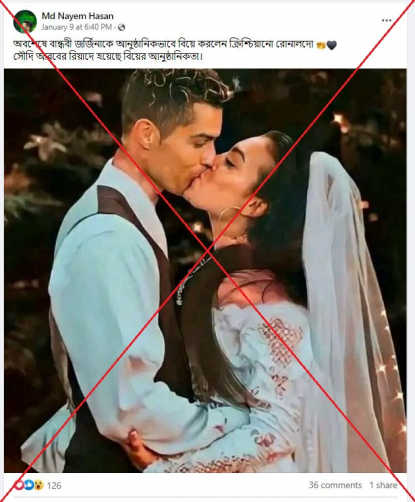 A screenshot of the altered image shared on Facebook.

As of January 19, there have been no official reports that Ronaldo has married Rodriguez, with whom he had a daughter, Alana Martina, in 2017.

The purported photo of the couple has in fact been manipulated from an image of Ariana Grande with her husband Dalton Gomez.

Keyword and reverse image searches on Google found the original photo on multiple websites, including an entertainment portal called filmifiles.com.

It published the photo in May 2021 in a report titled: “Just Married: Ariana Grande and Dalton Gomez Tie the Knot!”

This AFP article states the couple married that month in a secret ceremony at the singer's home in Los Angeles, citing US media reports.

Below is a screenshot comparison of the photo used in the false Facebook posts (left) and the photo published by filmifiles.com (right) in 2021: 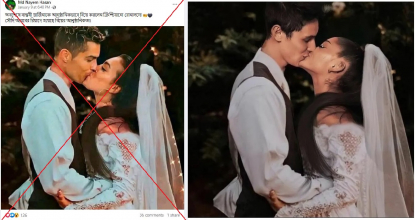 Screenshot comparison of the altered photo (left) and the original photo (right).

The photo was also found in an embedded tweet in this Times of India report published on May 18, 2021 about Grande and Gomez' wedding.

Following his move to Al Nassr, Euronews reported that Ronaldo and Rodriguez may be allowed to break the conservative Saudi Arabian law that prohibits unmarried individuals from living together.