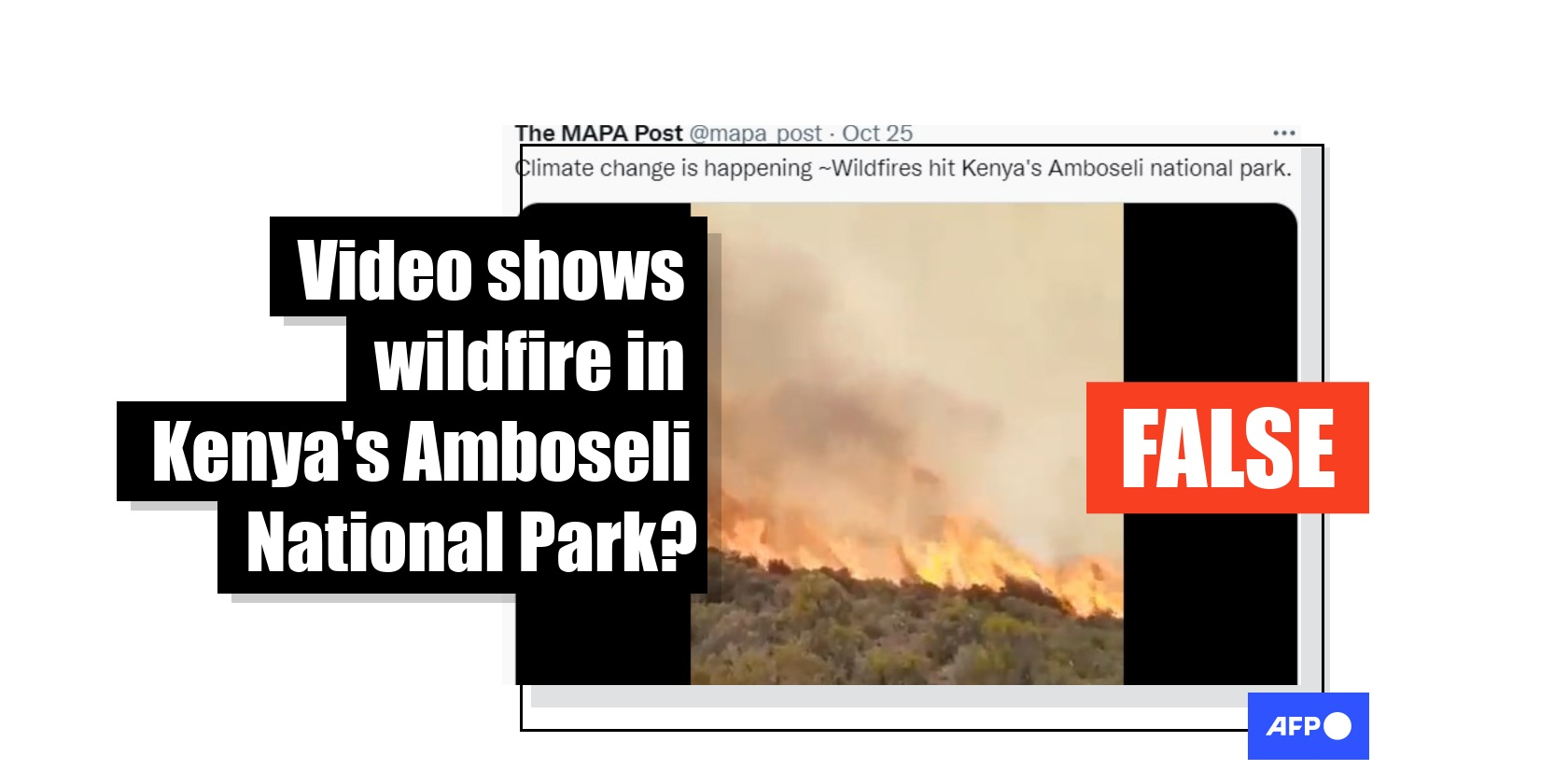 A video has been shared on Twitter alongside a claim that it shows a bushfire in Kenya’s Amboseli National Park in October 2022. But this is false: the clip shows a blaze in Tanzania’s Mount Kilimanjaro National Park in 2020.

The video of burning vegetation was published on Twitter on October 25, 2022, and has been retweeted more than 250 times since. 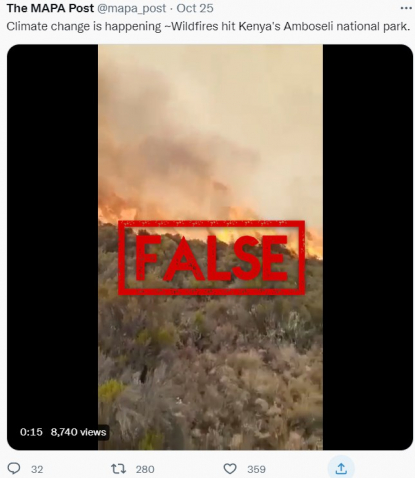 For a decade, parts of Kenya have experienced extremely dry weather, especially in the northern regions including Garissa, Turkana and parts of neighbouring Rift Valley counties, as well as in the central part of the country.

There has been an increase in wildfires which a report by the United Nations Environmental Programme (UNEP) attributed to the effects of climate change – increased drought conditions, higher temperatures and strong winds that produce longer fire seasons.

However, the clip does not show a wildfire in Kenya.

Using the video verification tool InVID-WeVerify, AFP Fact Check ran reverse image searches on keyframes from the clip and found it was first published in news bulletins and on websites in 2020.

Reports by the Daily Mail UK, BBC Swahili and NTV Kenya reveal the video was extracted from footage showing a fire that swept through a conservation area on Tanzania’s Mount Kilimanjaro, Africa’s tallest peak, in October 2020. 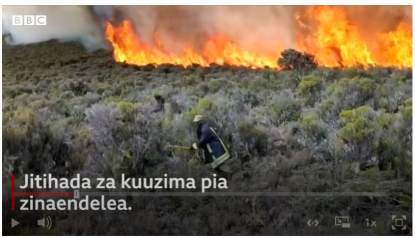 Screenshot showing a screengrab of the fire in 2020, sourced from the BBC

Tanzanian National Parks confirmed that the video in the false post shows the 2020 fire on Mount Kilimanjaro.

“This is a past fire at Mount Kilimanjaro, but the rumours could be spreading again because we had another fire late last month,” the organisation said in a direct Twitter message to AFP Fact Check.

The latest blaze lasted more than a week but no casualties were reported. Tanzania’s forest officials said they had yet to establish how the fire started. It comes barely two years after the 2020 blaze, which raged for a week across an area covering 95 sq km (37 square miles).

Mount Kilimanjaro, situated in the northeast of Tanzania, is Africa’s highest summit at 5,895 metres (19,340 feet) above sea level.

Its surrounding Kilimanjaro National Park was named a UNESCO World Heritage Site in 1987.