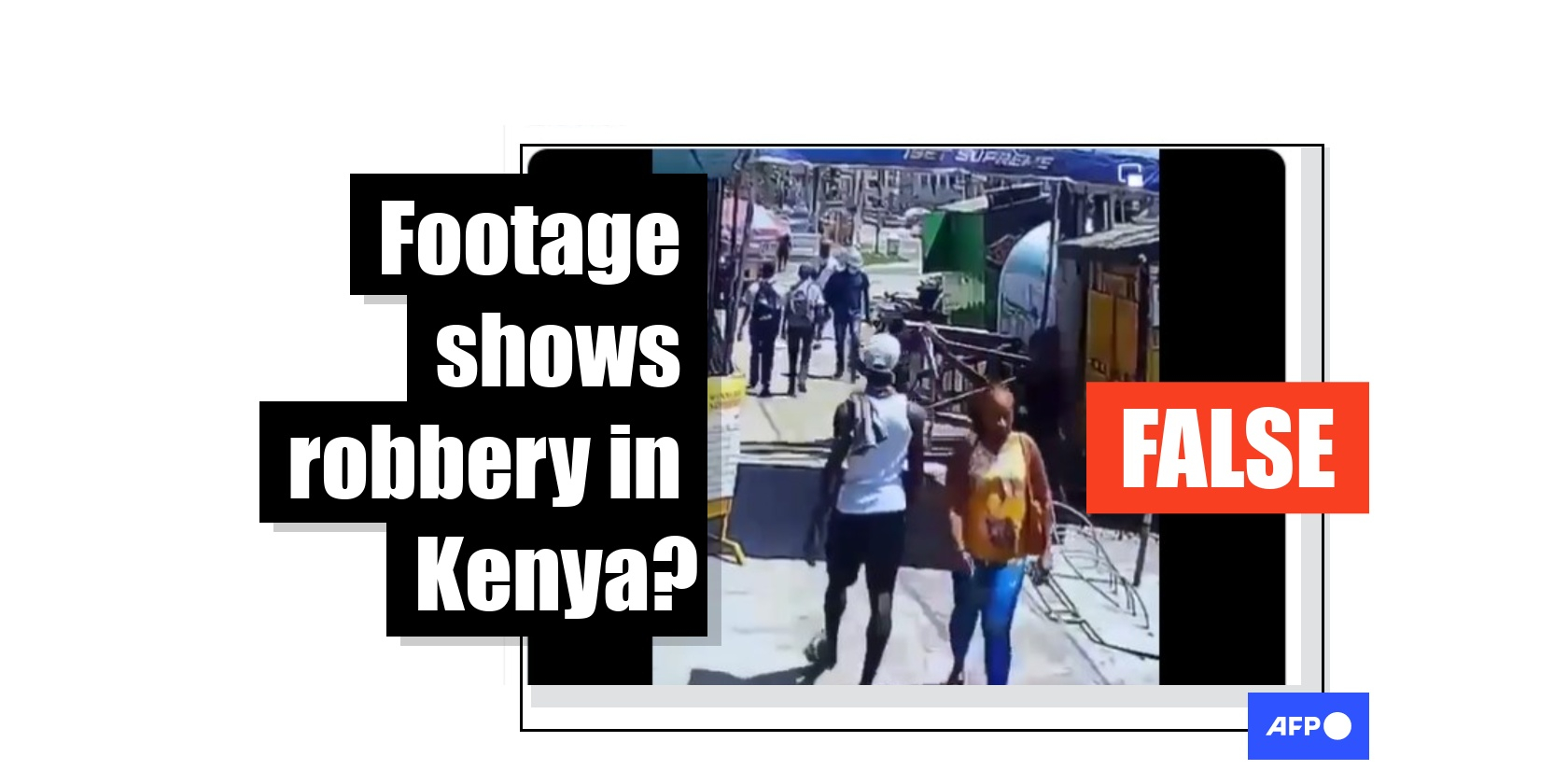 Social media accounts in Kenya have shared a video alleging that it shows a daylight robbery in Kenya’s capital Nairobi. The clip surfaced amid a rise in violent theft in the city. But the claim is nevertheless false: the clip shows a man being mugged in Georgetown, Guyana, an English-speaking country in South America.

“Nairobi is now a crime scene,” the tweet reads. “Watch thugs mugging innocent people in full glares of the cameras. Insecurity all over (sic).” The clip shows a man approaching his victim from behind in the street and choking him while an accomplice goes through his pockets. The incident lasts just a few seconds.

The video was also shared in another tweet and on Facebook. Both posts claimed the incident happened in Nairobi and cited it as proof that the security in Kenya’s capital was deteriorating.

On November 16, 2022, President William Ruto ordered the deployment of special police units in Nairobi after a series of violent daytime robberies.

But the clip does not show a mugging in Kenya.

Using the video verification tool InVID-WeVerify, AFP Fact Check ran reverse image searches on keyframes from the clip and found an article containing a screengrab from the video. 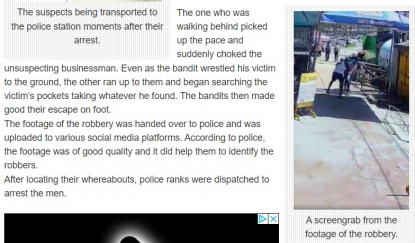 Screenshot showing a section of the article with the screengrab

The article describes how two robbers stole money and a mobile phone from a businessman on Croal Street in Georgetown, the country’s capital.

According to the news site, the culprits were arrested and charged in court.

AFP Fact Check matched keyframes from the clip to the various screengrabs used in the media reports about the incident.

Screenshot showing the keyframes from the video

The Guyanese police department also confirmed the arrest of the two suspects on its official Facebook account.

The incident was also reported by other Guyanese news sites here and here.

Crime is a major problem in Georgetown and other regions of Guyana, a former British colony in South America with a population of less than a million people.