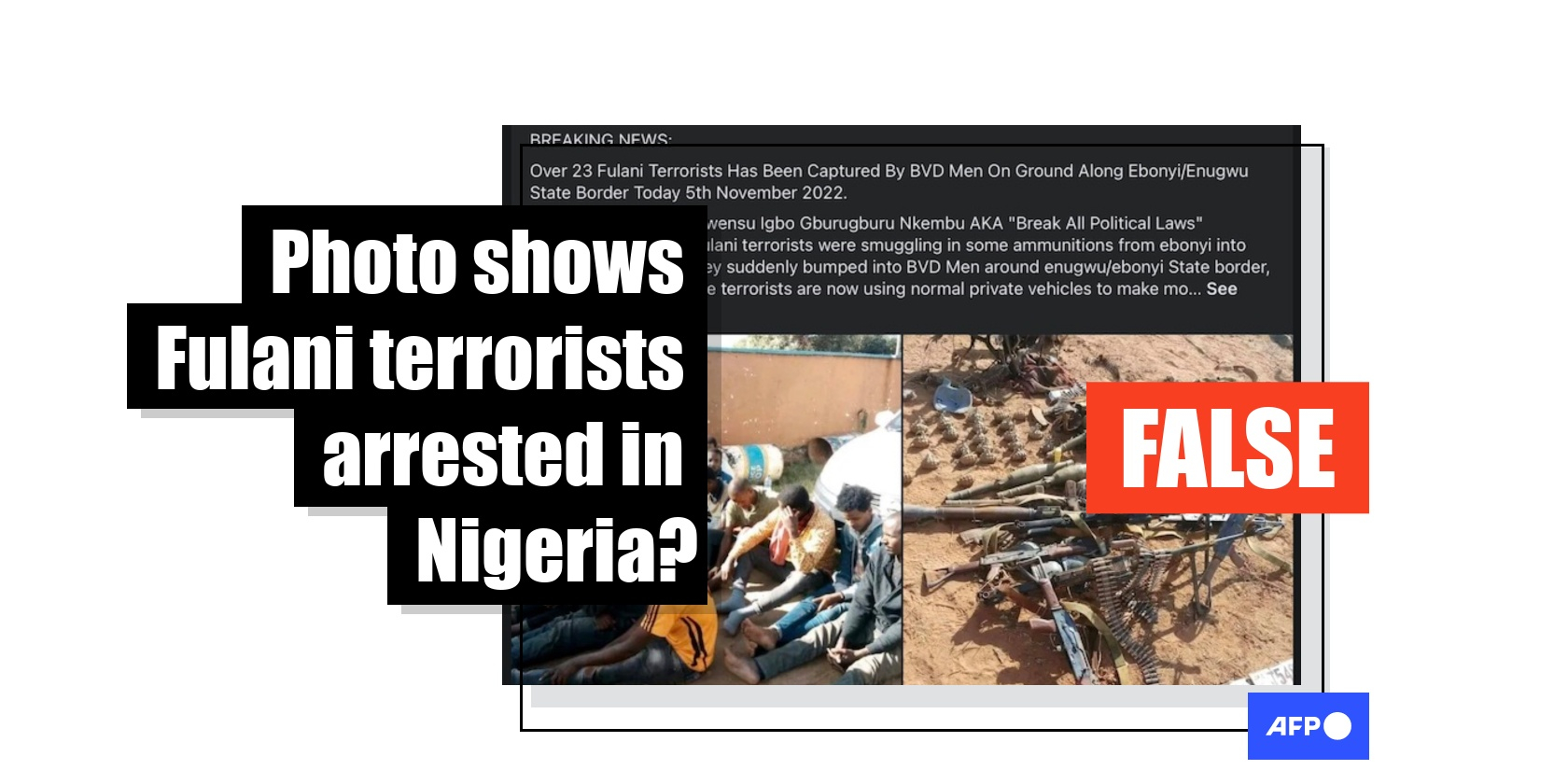 Nigeria’s southeast has been a hotbed of deadly clashes between pro-secessionist local militias and security officials. Some of the attacks have also been blamed on extremists belonging to the nomadic Fulani community. A Facebook account recently shared photos allegedly featuring armed “Fulani terrorists” arrested on the border between Ebonyi and Enugu states. But the claim is false: the pictures respectively show Ethiopians arrested in Malawi earlier this year as well as weapons seized from Al-Shabaab fighters in 2019.

“Over 23 Fulani Terrorists has been captured By BVD Men On Ground Along Ebonyi/Enugwu State Border Today 5th November 2022 (sic),” the Facebook post reads. It claims the alleged perpetrators were smuggling arms from Ebonyi state into Enugwu (officially spelt Enugu) in “private vehicles”. 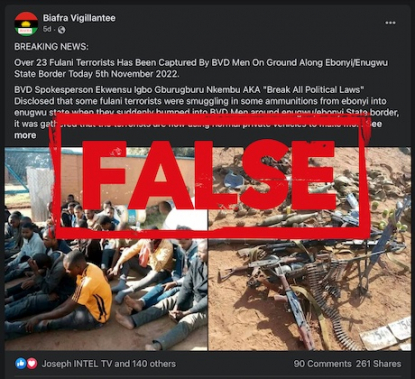 The BVD (Biafran Vigilante Drillers) is a militant group pushing for the independence of Nigeria’s southeastern region.

The post has been shared more than 260 times since it was published on November 5, 2022. It includes two photos: one shows more than a dozen men sitting on the ground and the other a cache of weapons including grenades and rocket-propelled grenades, as well as number plates.

The account behind the post has a history of pushing content sympathetic to another militant organisation — the Indigenous People of Biafra (IPOB). At the same time, it has also published a litany of unverified and inflammatory claims –examples here, here, and here – that are anti-Fulani.

IPOB itself has a history of spreading disinformation and has been the subject of various debunks by AFP Fact Check.

Ebonyi and Enugu states, mentioned in the post, are in Nigeria’s southeast where IPOB has been pushing for independence. The region is mostly occupied by Igbo, one of the country’s three main tribes.

In 2021, IPOB leader Nnamdi Kanu alleged there was a plan by “alien invaders and killer mercenaries from the Sahel” to attack the region, a thinly veiled reference to Fulani herders.

But the claim that the photos showed “Fulani terrorists” is false.

Photos from Malawi and Somalia

The photo of the men was published by Malawian news site The Maravi Post on March 23, 2022 reporting on the arrest of 22 Ethiopians who had entered the country illegally.

A two-year civil war in Ethiopia has forced many to flee to neighbouring countries, with Malawi serving as a major transit hub. 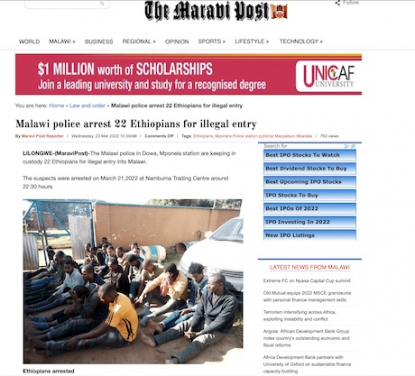 A screenshot of the photo published by The Maravi Post, taken on November 10, 2022

Malawian radio station DOMA FM also shared the photo alongside another image of the same men on its Facebook account.

The image of arms supposedly seized from the "Fulani terrorists" was published alongside three others by a Twitter account on September 30, 2019.

The tweet explained that the photos showed Al-Shabaab fighters killed during an attack on a military base in Baledogle in Somalia and the weapons recovered from them.

Here are dead bodies of terrorist militants their coward attempt of attack at #Balidoogle base, massive different types of weapons and stuff food like apples. pic.twitter.com/nsATX02nyg

Baledogle was a key base for US drone operations against Al-Shabaab.

Moreover, the number plates seen next to the weapons are from Somalia. 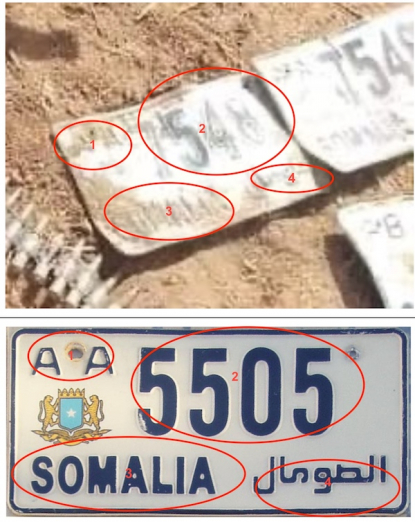 Comparison images showing the number plates found with the weapons, top, are Somalian

The police spokesperson in Enugu, Daniel Ekea, also told AFP that there was no report of any arrest of suspected “Fulani terrorists” in the state.

Fulani herders have been blamed for some of the deadliest ethnic clashes in many parts of Nigeria in recent years, especially in the north-central region where clashes between nomadic Fulani herders and local farmers over grazing and water rights are common.

The 2018 Global Terrorism Index estimated that the group was responsible for deaths “six times greater” than those of the Islamist group Boko Haram.