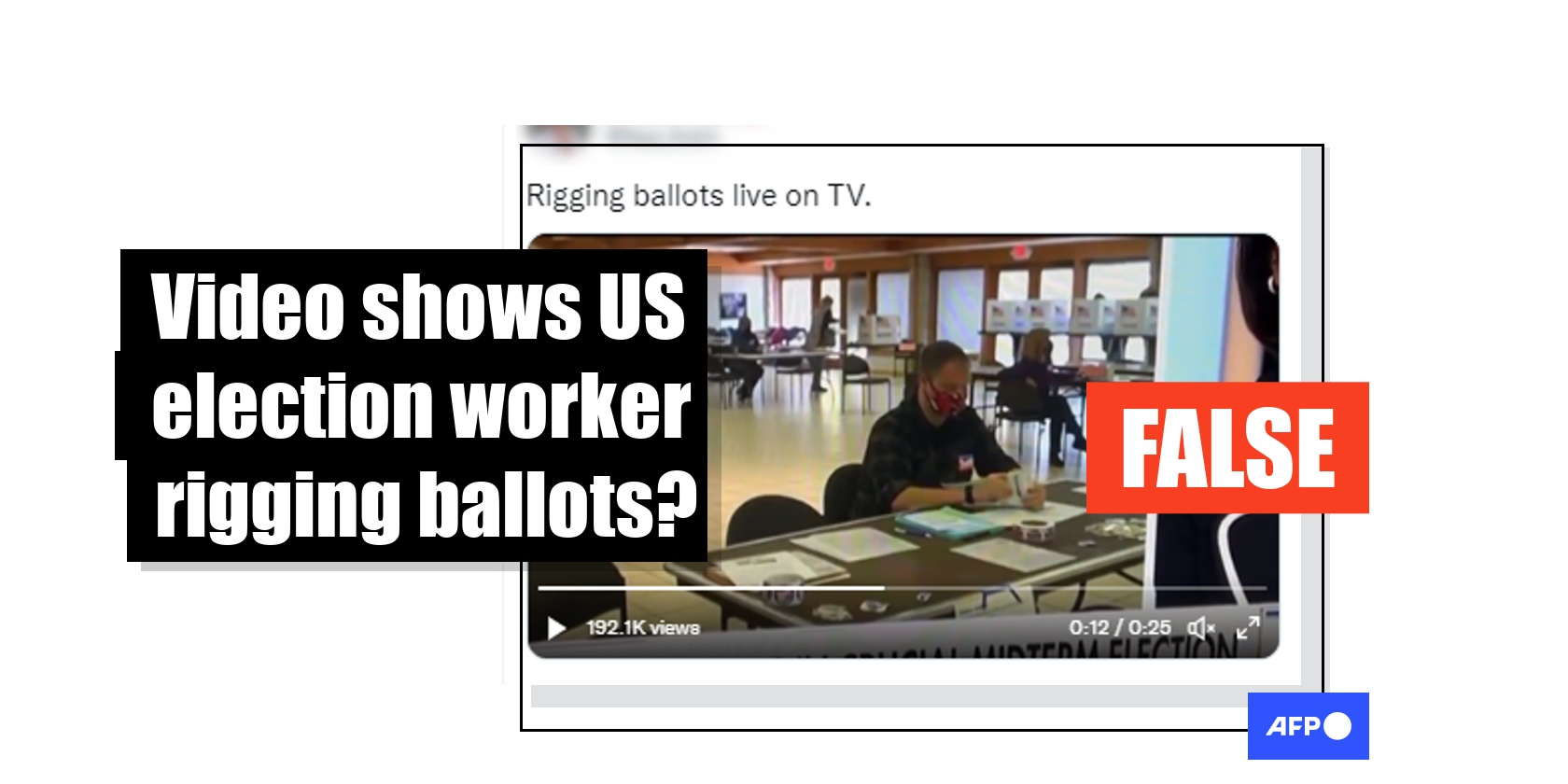 Social media users on Twitter are claiming a video broadcast on live television shows a US election worker rigging ballots in the 2022 midterms. This is false; the clerk of the county in question told AFP the clip shows a poll worker in Wisconsin adding his initials to the ballots for verification purposes and circling the ward in which they were issued, as is required by state law.

"Rigging ballots live on TV," says one November 8, 2022 tweet sharing the clip, which received more than 212,000 views on the platform.

Another widely shared tweet added: "Masked man cheating in front of the cameras on the mainstream media. You can't make it up." 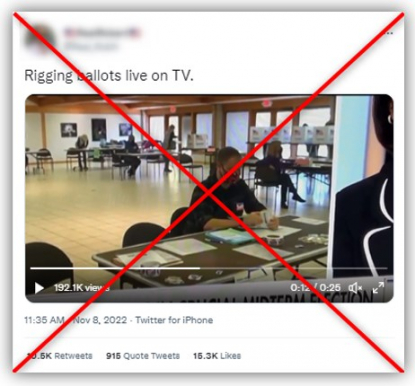 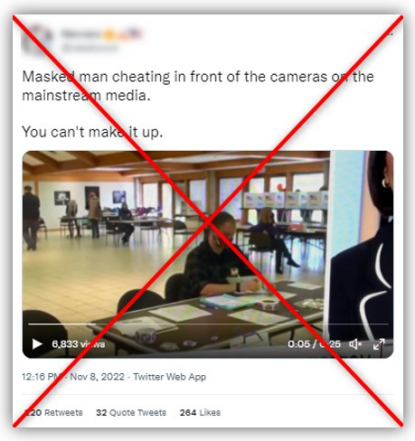 The clip is authentic; it shows an election worker in Madison, Wisconsin and was pulled from a Fox News broadcast anchored by host Harris Faulkner. A reverse image search suggests the clip was filmed from inside Olbrich Botanical Gardens, which served as a polling location for the midterms, according to the city of Madison's website.

Its online spread comes as Americans await the results of the first national elections since the 2020 presidential race that former president Donald Trump and his allies falsely claimed was rigged by widespread fraud. Wisconsin, a state targeted by misinformation about voter fraud in 2020, has a Senate race up for grabs in 2022.

But the clip from the Fox News broadcast does not show a worker forging, marking or otherwise "rigging" ballots, as the tweets claim.

Scott McDonell, the clerk for Dane County, which includes Madison, refuted the rumor on Twitter, writing that the video shows a poll worker "doing the boring routine work of initialing ballots and circling the ward number to hand to voters so they can vote."

"That video clip shows a poll worker initialing and indicating the ward number on the back of the ballot," McDonell said in an email to AFP. "A second poll worker will add their initials to each ballot just before handing the ballot to a voter."

McDonell added: "He is marking that same spot on one side of each ballot -- quite clearly not filling out a ballot from top to bottom."

"This process is required by law and is a routine part of the check and balance process. It is done in a public setting and the ballot would then need to be signed by a different poll worker before being handed to the voter. This is how you can verify the ballot was issued by the city."

A state statute states that two inspectors are assigned to take charge of official ballots at polling places and "shall write their initials on the back of each ballot and deliver to each elector as he or she enters the voting booth one ballot properly endorsed by each of them."

The election workers apply their initials to lines under a section on the ballot labeled "Ballot Issued By," according to an image of that section McDonell shared with AFP.

An image shared with AFP by Dane County Clerk Scott McDonell on November 9, 2022

The Madison city clerk tweeted an explanation of this process hours after the clip went viral.

Some tweets falsely claimed the video showed an election worker in Philadelphia, Pennsylvania. The posts prompted Seth Bluestein, the city commissioner, to publicly debunk the claims. He said on Twitter that the clip does not show a Philadelphia polling location and that the claims of fraud are "dangerous misinformation."