Posts are a scam that left Facebook groups spammed with ads

Social media posts ask for urgent help to locate an 80-year-old relative considered missing after driving off in a state of confusion. But nearly identical posts were shared in Facebook groups across Canada before being edited to display ads which seek to collect personal data from users, and the same person is shown in an online fundraiser for his funeral expenses in California.

"URGENT- MISSING! My uncle who is 80 drove out yesterday around 5:30 pm from Embrun. That's the last we tracked his card getting gas but he doesn't know where he's going," says a November 1, 2022 Facebook post shared 2,500 times from a yard sale group for Embrun in Ontario province.

"There is a silver alert activated as well. Please help us get him home safely and quickly as well as their dog Brandi," the post continues, referencing the public notification system commonly used to help quicklyfind seniors who go missing because of Alzheimer's disease and related dementia.

The same photo was shared in posts in multiple Canadian Facebook groups, including in Newfoundland and Alberta, with the identical text except for the name of the city. The accounts sharing the claim turn off commenting for the posts, preventing people from warning others that the post is false. 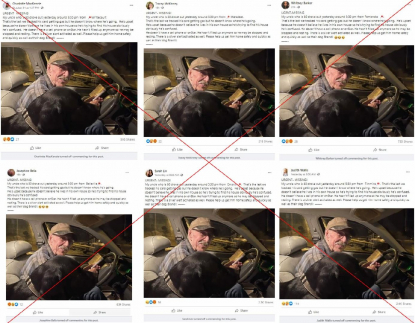 A Google reverse image search reveals that the image of the man in the car previously appeared on a GoFundMe page where Vern English of Sonoma, California, says he is seeking donations to avoid homelessness.

A second fundraiser indicates that English died in August 2022. Screenshot of a GoFundMe page taken on November 2, 2022

After the posts gain hundreds, sometimes thousands of shares, they are edited to remove the message about the missing uncle and instead display advertisements, in many cases for dental care.

Users may share the post believing it to be a plea for help, but if it is later edited their friends are shown an ad which appears to be endorsed by a trusted contact. 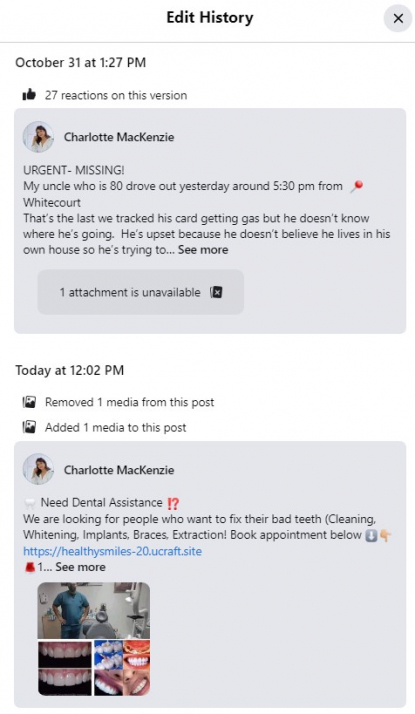 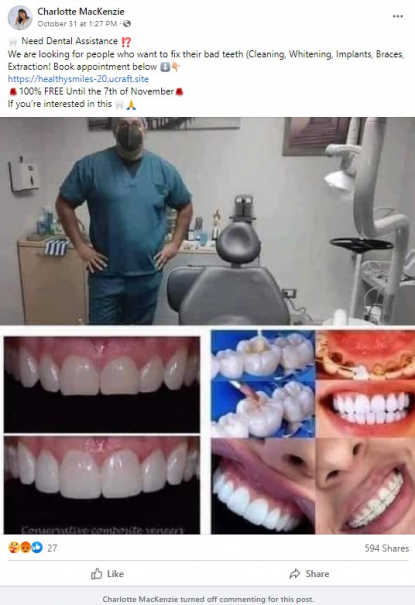 Dental care is not currently included in the Canada Health Act, though the federal government is pushing a plan to add coverage by December 1, 2022. Oral health services -- which may be paid by the individual or private insurance -- vary by province and territory.

A second set of posts circulated in buy and sell groups from British Columbia to Newfoundland and Labrador, also claimed to be seeking a lost uncle who drove away confused, but used a different photo of a man and his dog. 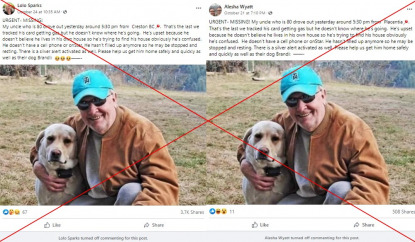 A Google reverse image search led to a November 18, 2020 article from a local newspaper in the US state of Washington about a 79-year-old man who was located after disappearing with his dog. There is no evidence the same man was ever missing in Canada. 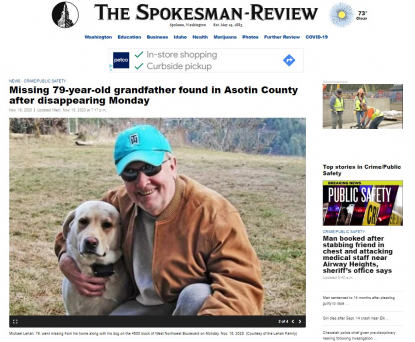 Screenshot taken on November 2, 2022 of an article published by The Spokesman-Review

These posts are part of a pattern of false claims -- many of which AFP traced to accounts in Zimbabwe -- that continually target local Facebook groups in North America with an aim to obtain users' personal information.