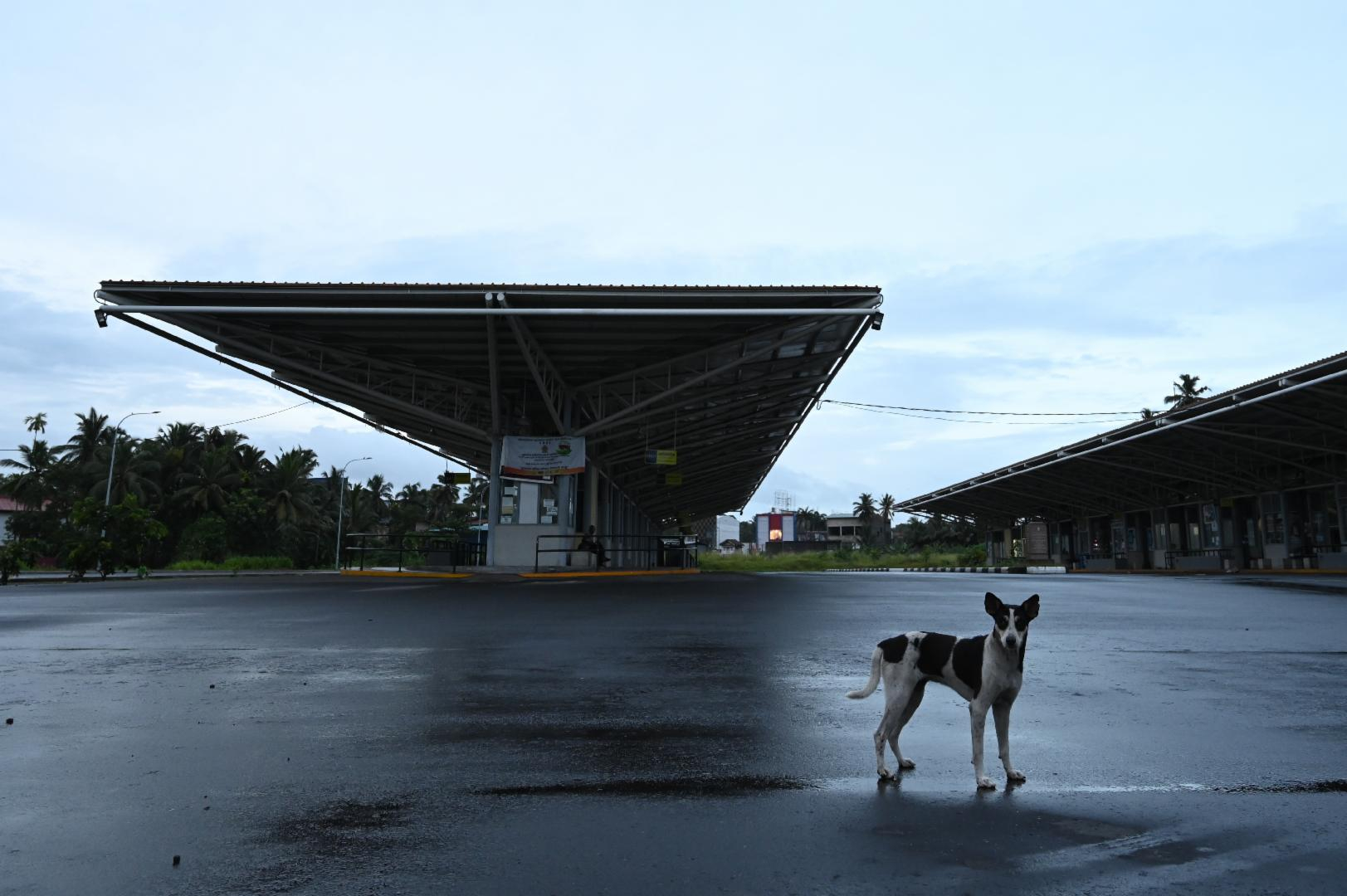 Sri Lankan animal experts have warned against giving stray dogs a type of anti-parasite medication for skin rashes, after social media users shared posts on Facebook that recommended the treatment. Improper use of the drug can lead to poor kidney function in dogs, which can be lethal, the experts said.

The claim that the anti-parasite drug Prazimec-D can help stray dogs suffering from rashes was shared here on Facebook on October 2, 2022.

The post's Sinhala-language caption translates in part as: "I always carry a pack of these pills in my car.

"During my travels, if I happen to see a dog with a severe rash, I have now developed a habit of giving them yoghurt mixed with the crushed powder of one of these pills.

"Within a month they recover and their fur grows back. I am telling you this with experience."

The post includes an image of a person holding a box of the Prazimec-D medication. 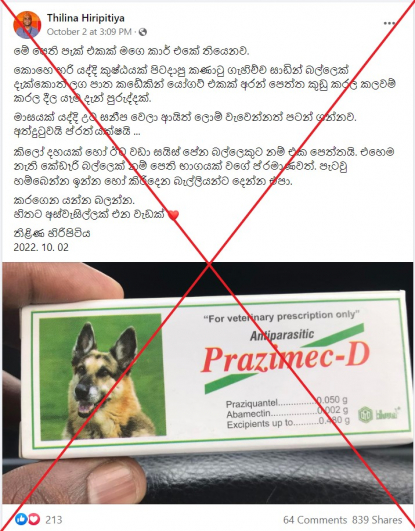 The same claim has been shared more than 200 times in Sri Lanka, which is home to an estimated three million street dogs according to veterinary charity WECare Worldwide.

Similar posts have circulated on Facebook here, here and here since at least 2020.

Sri Lankan fact-checking organisation Fact Crescendo debunked the claim, noting that giving the drug to a dog without a veterinary diagnosis could be risky.

A Sri Lankan veterinarian told AFP improper use of Prazimec-D could cause kidney problems and even death.

Professor Ashoka Dangolla from the University of Peradeniya's department of veterinary clinical science told AFP that the public should not administer the drug to dogs without consulting a vet as it can be toxic for animals.

"This drug can turn toxic for dogs and must be recommended by a veterinarian alone," he said.

"The skin condition must first be diagnosed and the cause behind the condition should be established. Ill-advised administration of Prazimec-D will have long-term impacts leading to poor kidney function and eventual death for animals."

A Facebook page called Know Your Pet, managed by the University of Peradeniya, also warned against administering Prazimec-D to dogs without a prior diagnosis in a video published on January 26, 2021.

At the clip's one-minute, 15-second mark, a slide poses the question "Is it advisable to give Prazimec-D to every dog with a rash?"

The narrator in the video says in response: "Please seek veterinary advice before administering this drug."

The clip also notes that the medication should not be spontaneously given to a dog without taking into consideration factors such as age, pre-existing health conditions and pregnancy.

The narration states Prazimec-D could be toxic to puppies, while the medication could trigger severe allergic reactions and kidney problems in dogs with chronic heartworm infections.

The product also contains a compound called Abamectin, which could be toxic to certain dog breeds, according to the video. Animals can also develop a resistance to the drug if it is administered while a dog is free of a parasitic infection, the video states.