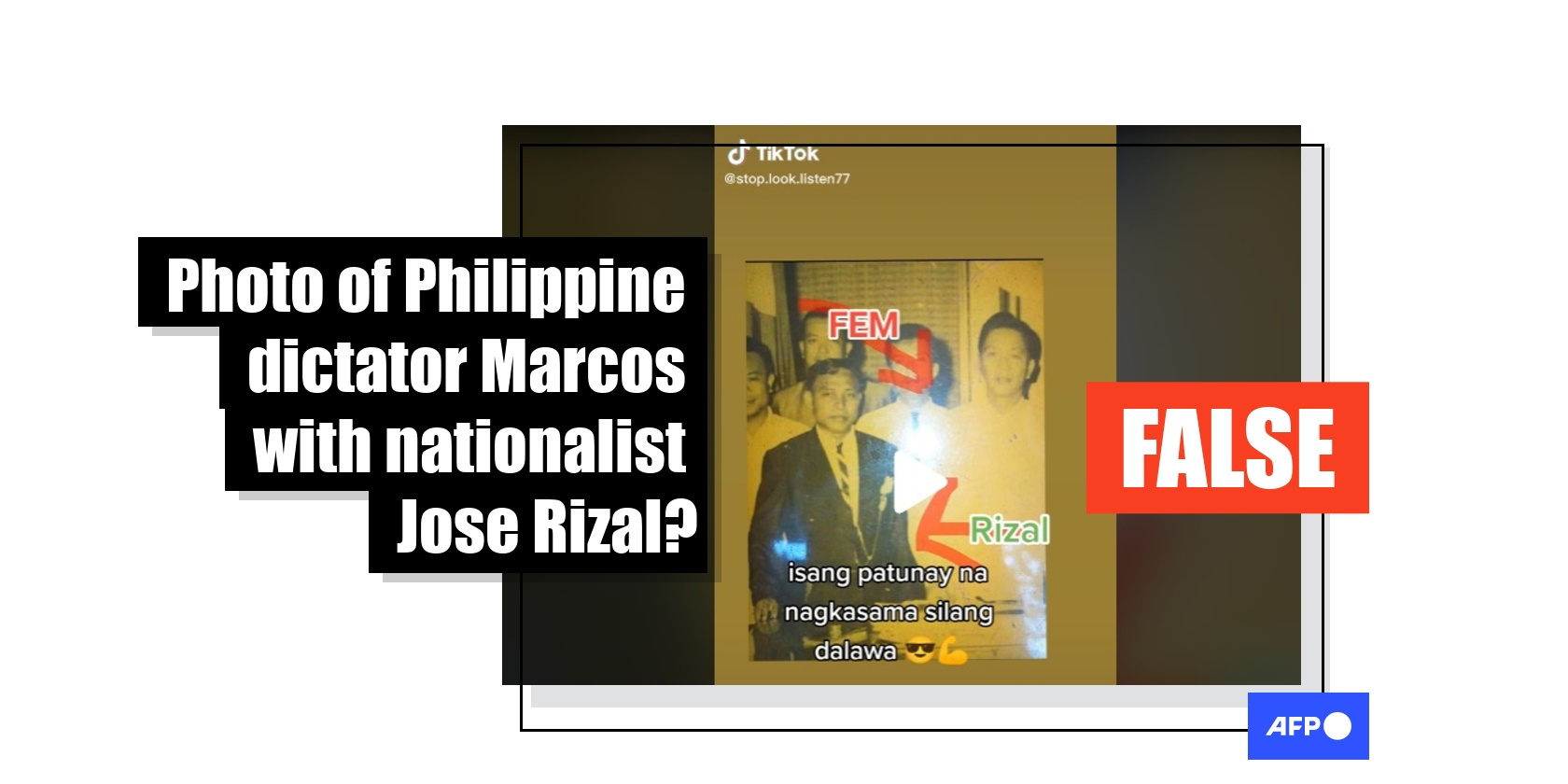 A photo has been viewed tens of thousands of times in footage on TikTok and YouTube with a false claim that it shows late Philippine dictator Ferdinand Marcos photographed with Jose Rizal, a writer and prominent figure in the country's fight for independence. The photo in fact shows Marcos with Filipino religious leader Felix M. Melgar. Multiple historical records show Marcos was born in 1917 -- 21 years after Rizal's death in 1896.

A sepia-toned photo of several men was shared in this TikTok video on October 1, 2022, racking up more than 78,000 views.

A red arrow is added to the photo, pointing to a man labelled as "FEM", while another arrow points to the man wearing a dark-coloured jacket and a tie beside him, labelled as "Rizal".

Tagalog-language text superimposed on the photo translates to "Proof that they spent time together". 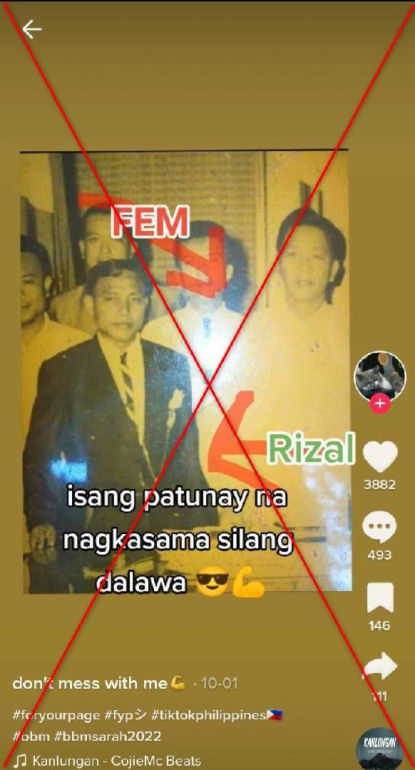 Screenshot of the video that makes the false claim

"FEM" are the initials of the late Philippine president Ferdinand E. Marcos, whose 20-year dictatorial rule was marked by corruption allegations and widespread human rights violations.

Jose Rizal is a national hero in the Philippines, whose execution in 1896 fueled sentiment against Spanish colonial rule in the country.

The photo was shared with a similar claim elsewhere on TikTok and YouTube, garnering an additional 15,000 views.

Social media users' comments showed that they believed the claim that Marcos and Rizal were photographed together.

"Respect," one wrote, while another commented: "we marcos loyalists,, we know that is the truth ... God blessed the marcoses and the people's of the Philippines."

This claim, however, is false.

Keyword searches found the photo was posted here on a Facebook page called "Apostolic Society of Sovereign Felix M. Melgar" on May 4, 2022.

According to a document from the Philippine Statistic Authority, Melgar was the founder of the religious group. The group is also listed as one of the religions practised in Davao City and Bukidnon province in southern Philippines.

Roberto Melgar, son of Felix Melgar, confirmed that his father was the man in the dark-coloured jacket standing next to Marcos in the photo.

Marcos declared martial law in an address to the nation on September 23, 1972.

Malacanang Palace is the Philippine presidential palace, where Marcos resided until he was deposed in 1986.

Ferdinand Marcos was born in Ilocos Norte province on September 11, 1917, according to various sources here, here and here.

Multiple records -- here, here and here -- show that Jose Rizal died at the age of 35 after he was executed by a firing squad on December 30, 1896, more than two decades before Marcos was born.

AFP previously debunked a misleading claim that Marcos and Rizal established the World Bank and the International Monetary Fund together.