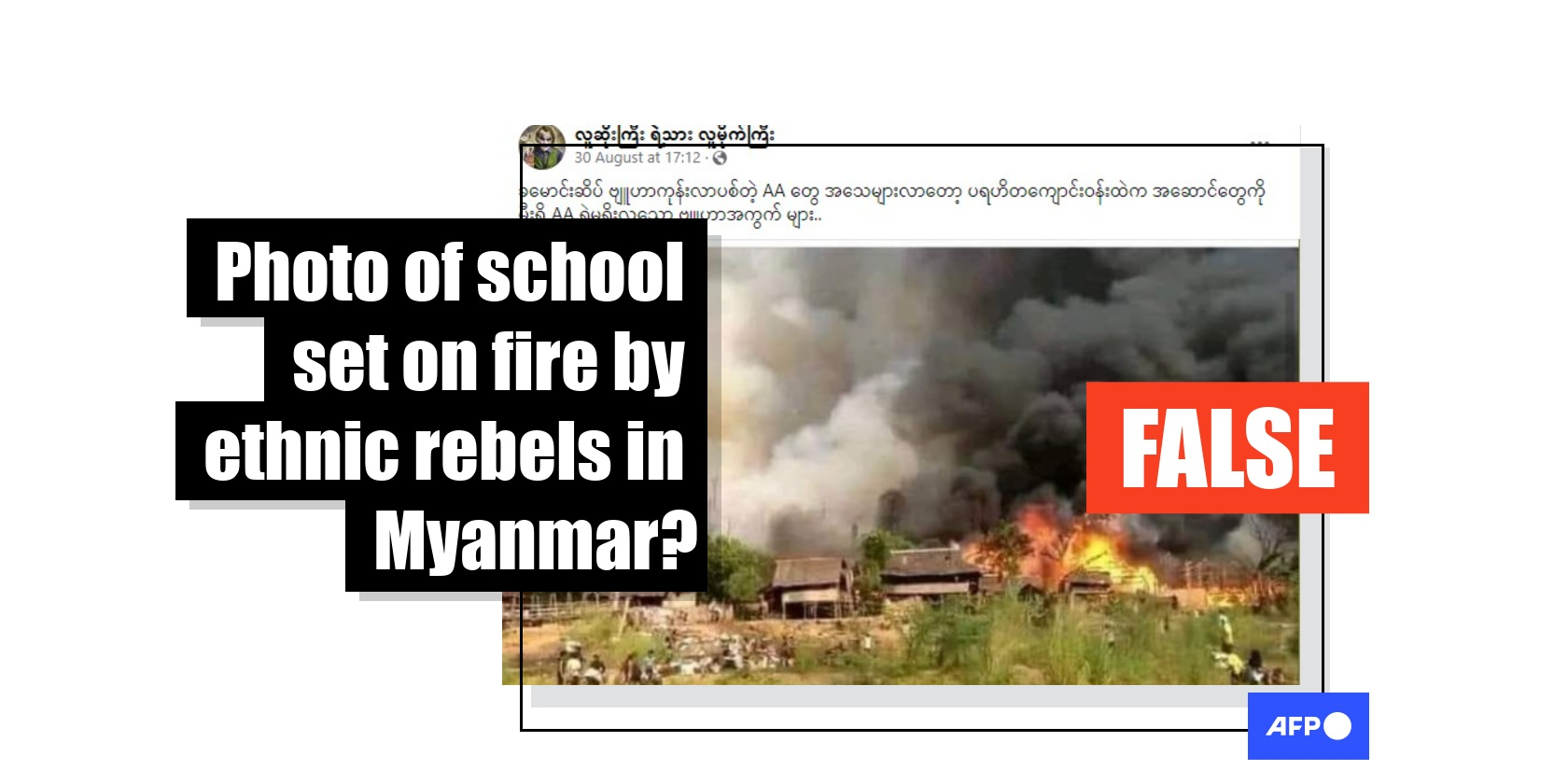 A photo of fire and smoke engulfing several wooden structures has been shared in multiple Facebook posts that claim it shows a school in western Myanmar that was torched by an ethnic rebel group. The claim, however, is false. The photo actually shows a deadly fire that destroyed a camp for Burmese refugees in Thailand in 2013.

"Those AAs who attacked the military base in Kha Maung Seik are now torching dormitories of a charity-run school because they are losing," the Burmese-language caption on the post reads. 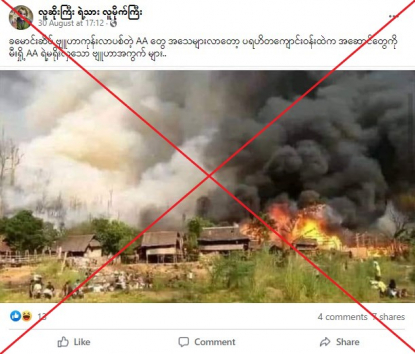 A screenshot of the misleading post, captured on September 14, 2022

AA refers to the Arakan Army, an ethnic rebel group based in western Myanmar's Rakhine state. The group reached a ceasefire agreement with the military in November 2020, but AFP reported the deal was breached after fighting resumed in the state earlier this year.

Kha Maung Seik is a town in the state's north west where rebels and soldiers clashed in August 2022, according to a Myanmar Now report.

The same photo was shared dozens of times elsewhere on Facebook here, here, here and here alongside a similar claim.

A reverse image search on Google showed the photo was used by the  Mizzima News website on March 27, 2013 to illustrate an article about a fire that tore through the Mae Surin refugee camp in Thailand's Mae Hong Son province.

The camp houses around 2,300 refugees from Myanmar's Karen and Kayah states, according to the Border Consortium, a non-profit organisation working with refugees.

The same photo was also published by the Chiang Rai Times on March 28, 2013 in a report about the deadly fire.

The Border Consortium also posted a video of the blaze on its YouTube channel.

AFP had previously debunked misleading claims with the same photo here and other claims related to clashes in Myanmar involving ethnic rebel groups here and here.