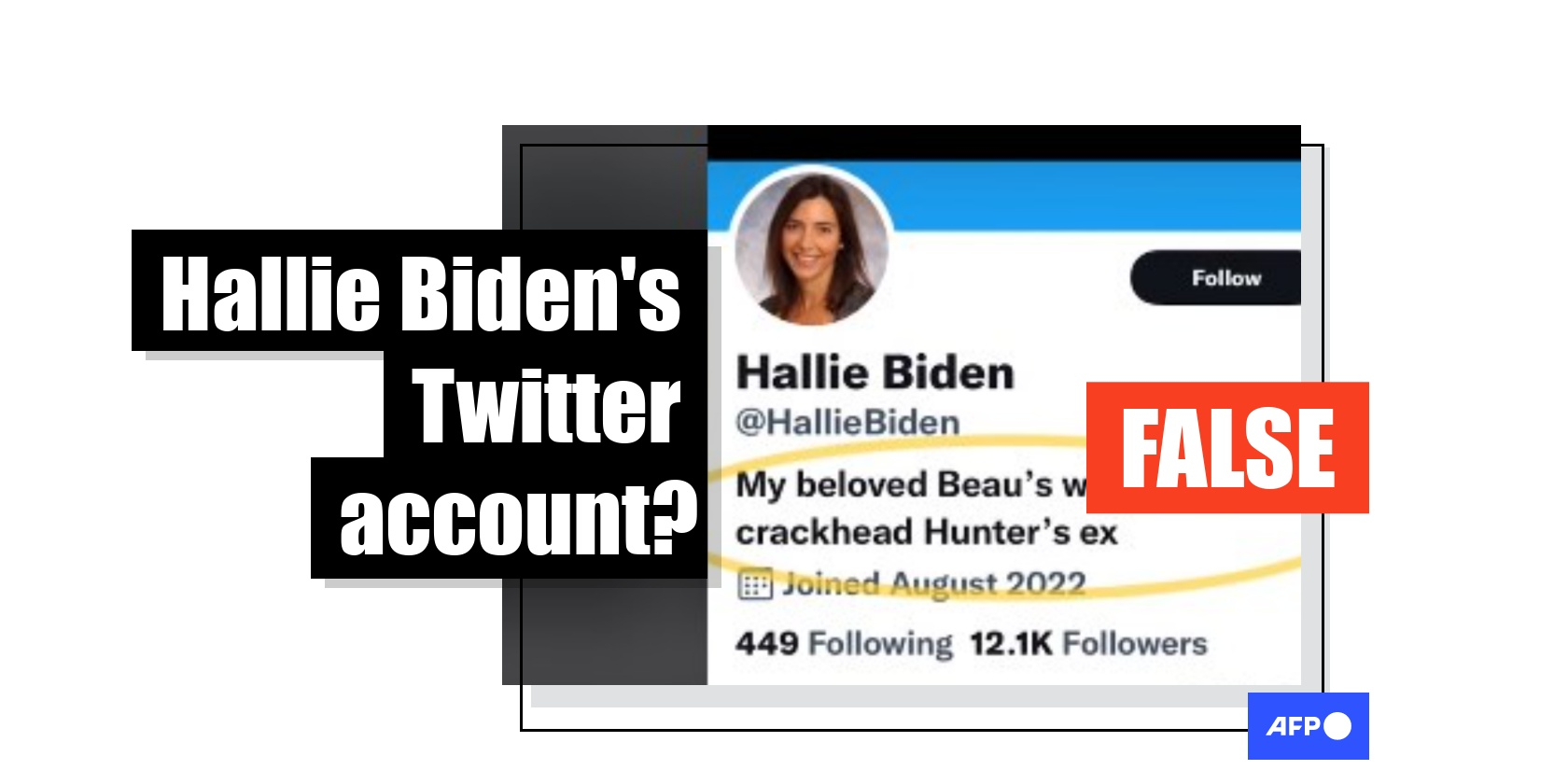 Social media users are sharing photos of a Twitter page that purportedly belongs to Hallie Biden, the widow of US President Joe Biden's son Beau. This is false; the foundation that Hallie Biden chairs told AFP she is not active on Twitter, and the account has been suspended for violating the platform's rules.

The image appears to show Hallie Biden saying she is "coming out as a Donald Trump supporting Republican" and that she has information about the Biden family "that will shock the public." 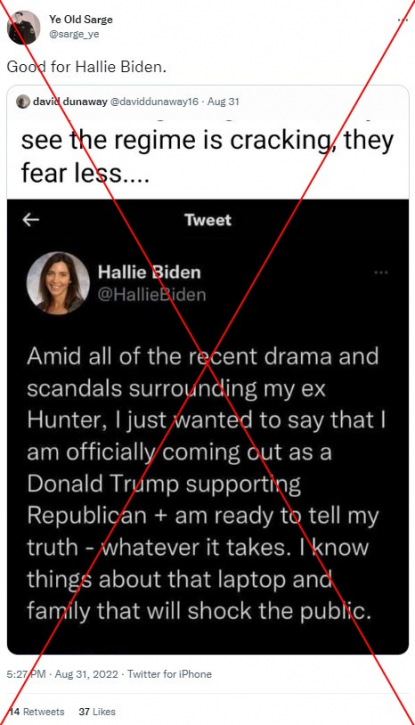 Similar messages have circulated on Instagram, with one user writing: "At least there is one smart Biden."

TikTok and Facebook users have also shared screenshots of posts from the purported account -- some of which include unsubstantiated claims about sexual abuse and the legitimacy of the 2020 US presidential election. Others mention Joe Biden's other son Hunter, who dated Hallie after Beau's death from brain cancer in 2015.

But a spokesperson for the Beau Biden Foundation, whose board Hallie Biden chairs, said the page shown online does not belong to her.

The Twitter account @HallieBiden was active on August 29, 2022, but it was later suspended for violating the platform's rules -- which prohibit impersonation. One of the posts solicited contributions to a self-described "proud Trump-supporting libertarian" and "conservative author."

The account was created in August 2022 and garnered at least 18,800 followers before being suspended. Twitter had not verified the page.