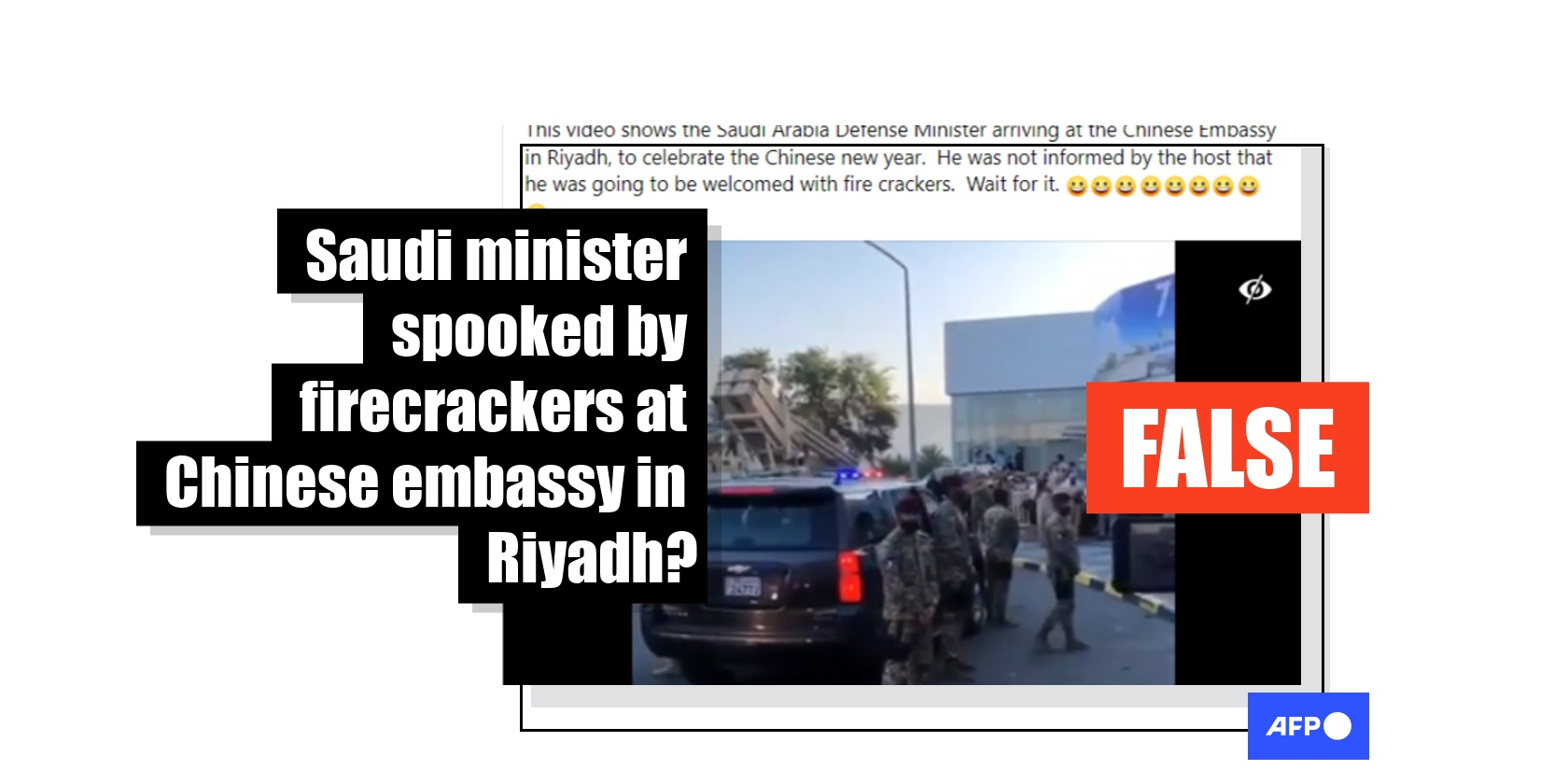 A video has been viewed tens of thousands of times in August 2022 in posts that claim it shows Saudi Arabia's defence minister fleeing from fireworks ignited outside the Chinese embassy in the capital Riyadh. This is false. The video actually shows a mock military drill in 2019 in Kuwait.

The video was shared here by an India-based Twitter user on August 23, 2022. It was viewed more than 150,000 times before it was deleted.

"The Saudi Defence Minister arrived at the Chinese Embassy in Riyadh to celebrate the Chinese New Year. Apparently, the Chinese forgot to inform the Saudi Arabian Minister or his staff that there would be firecrackers to welcome him. Watch the fun," reads the tweet.

The video shows a man wearing a white keffiyeh headdress, exiting a stationary vehicle that is surrounded by security personnel.

He is greeted by a second man, who leads him towards a building. Suddenly the sound of gunshots rings out, causing the security personnel to usher the first man back into the vehicle before it drives away, leaving a cloud of blue smoke in its wake. 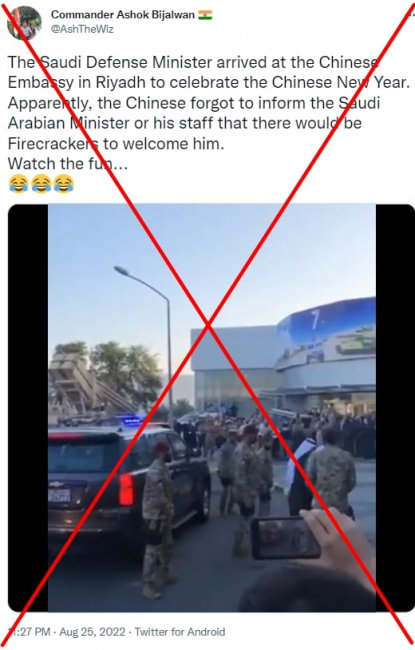 The same video was shared alongside a similar claim on Twitter, and on Facebook here and here.

The video's Arabic-language caption translates to English as: "Military exercise for personal guards in Kuwait".

Below is a screenshot comparison of the video in the misleading posts (left) and the video uploaded by Alsaa News (right): 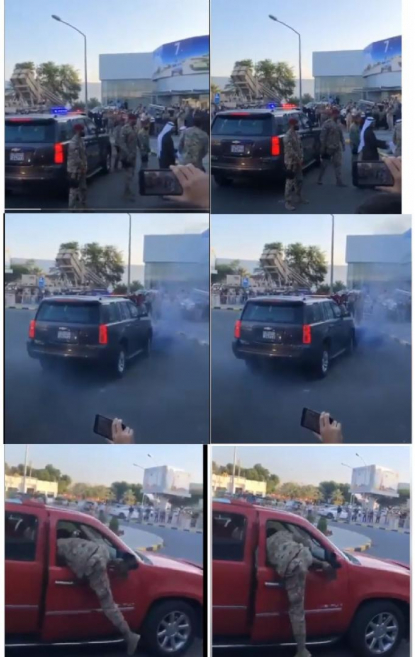 A video showing the same scene taken from a different angle was published here on Twitter on December 12, 2019, by Al-Hadath News, a Kuwait-based broadcaster.

In the video, the news anchor explains in Arabic that the drill was conducted during the fifth Gulf Defense and Aerospace Exhibition and Conference (GDA) in Kuwait which officially began on December 10, 2019.

GDA is a biannual international event for defence, aerospace, homeland security and safety.

Hundreds of leading international companies from the fields of defence and armament participated in the 2019 event, according to a report published in Kuwait Times on December 10, 2019.

"A part of the display of the Prince Guard Corps that was carried out during the fifth Gulf Defense and Aerospace Exhibition, which was held from December 10 to 12 2019 in the Kuwait International Fairground," the video's Arabic-language caption reads.

Below is a screenshot comparison of the video in the misleading posts (left) and the video posted on the Kuwait army's Instagram account (right), with corresponding features highlighted in red by AFP: 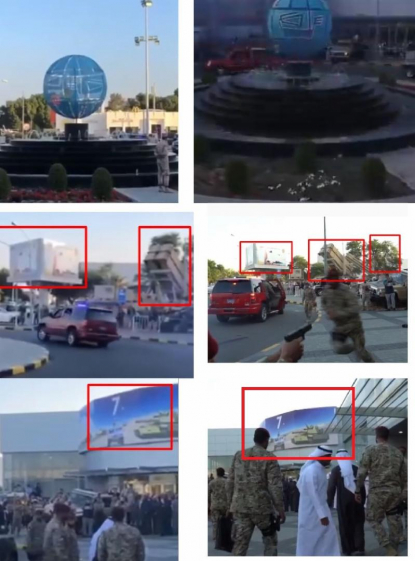 In the Google Maps photos of the Kuwait International Fairground, a globe structure on the roundabout is visible, which matches the video seen in the misleading posts.

The location in the video corresponds with this image tagged at the fairground on Google Street View: 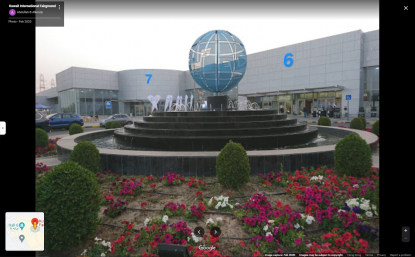