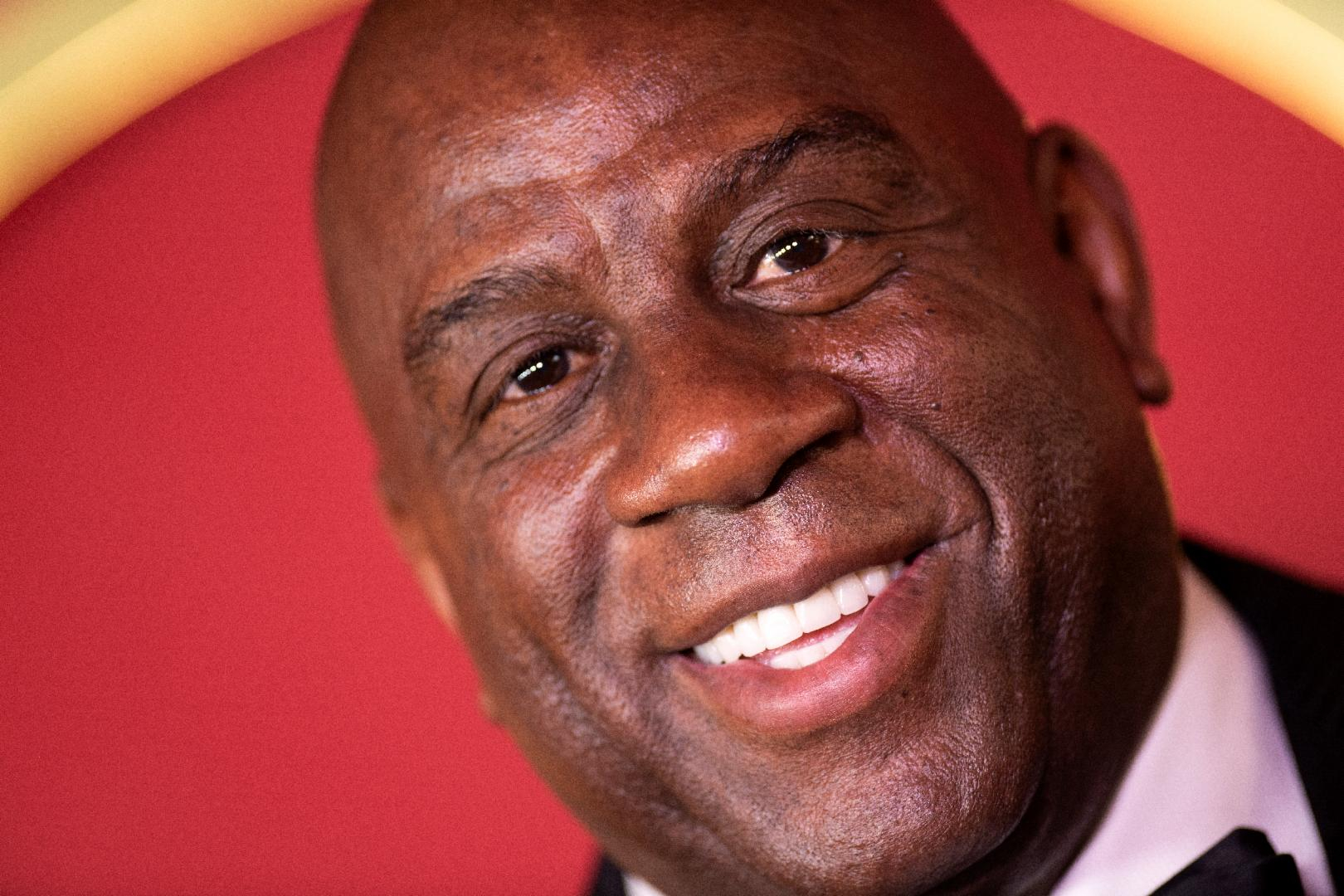 Social media users are sharing a photo they say shows US basketball star Earvin "Magic" Johnson, who has HIV -- the virus that can lead to AIDS -- donating blood for Covid-19 patients. This is false; the claim stems from a self-described satire page, and the image shows Johnson submitting blood for laboratory testing in 2012.

"Earlier today, NBA legend Magic Johnson donated some of his blood to the Red Cross to help underprivileged communities help fight COVID-19," says text in an August 20, 2022 Instagram post, which includes a picture of Johnson smiling as a doctor draws blood from his right arm.

Similar posts have racked up nearly 100,000 interactions across Facebook, Instagram and Twitter, according to CrowdTangle, a social media insights tool. The claim has also spread in TikTok videos with tens or hundreds of thousands of views each. 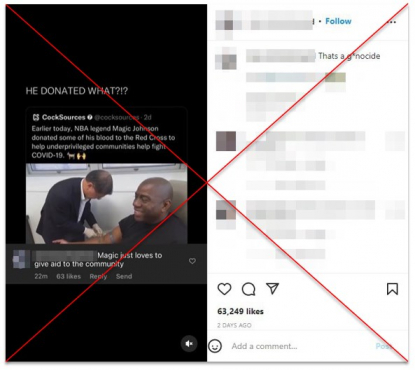 The rumor appears to stem from an August 18, 2022 tweet by an account whose bio says it spreads "narratives with misinformation (satire)." The page confirmed the post, which has since been deleted, was made-up.

"I meant no harm to Magic Johnson," the account told AFP. "I can't control if people are taking my posts and spreading them as true fact. I try to make it obvious that I am a satire page."

Both Johnson and the American Red Cross have also refuted the claims.

"I'm aware of the false story circling the internet, and to be clear, I have never donated blood," said Johnson, who starred for the Los Angeles Lakers in the 1980s and 90s, in a tweet published August 23 -- shortly after AFP reached out for comment.

I’m aware of the false story circling the internet, and to be clear, I have never donated blood.

The American Red Cross, a major supplier of donated blood in the US, added in a statement sent to AFP: "This viral rumor is not true."

The image shared online comes from a 2012 PBS "Frontline" documentary titled, "Endgame: AIDS in Black America." The scene showing Johnson getting his blood drawn is from about 67 minutes into the film, and featured in the trailer.

The physician who drew Johnson's blood is David Ho, currently the director of the Aaron Diamond AIDS Research Center at Columbia University. Ho confirmed to AFP that the rumor circulating online is baseless.

"The screenshot is a picture from years ago (when I had more black hair) taking blood from Magic for laboratory tests," Ho said in an email. "He was not donating blood. Magic and any blood donation center are smarter than that."

This is not the first time social media users have taken the photo of Johnson out of context.

The American Red Cross' website instructs people to "not give blood if you have AIDS or have ever had a positive HIV test, or if you have done something that puts you at risk for becoming infected with HIV."

The website also says people should not give blood if they have any signs or symptoms of AIDS, such as a fever or sore throat, or if they have received antiretroviral therapy to treat HIV.

AFP has fact-checked other claims about HIV and AIDS here and here.