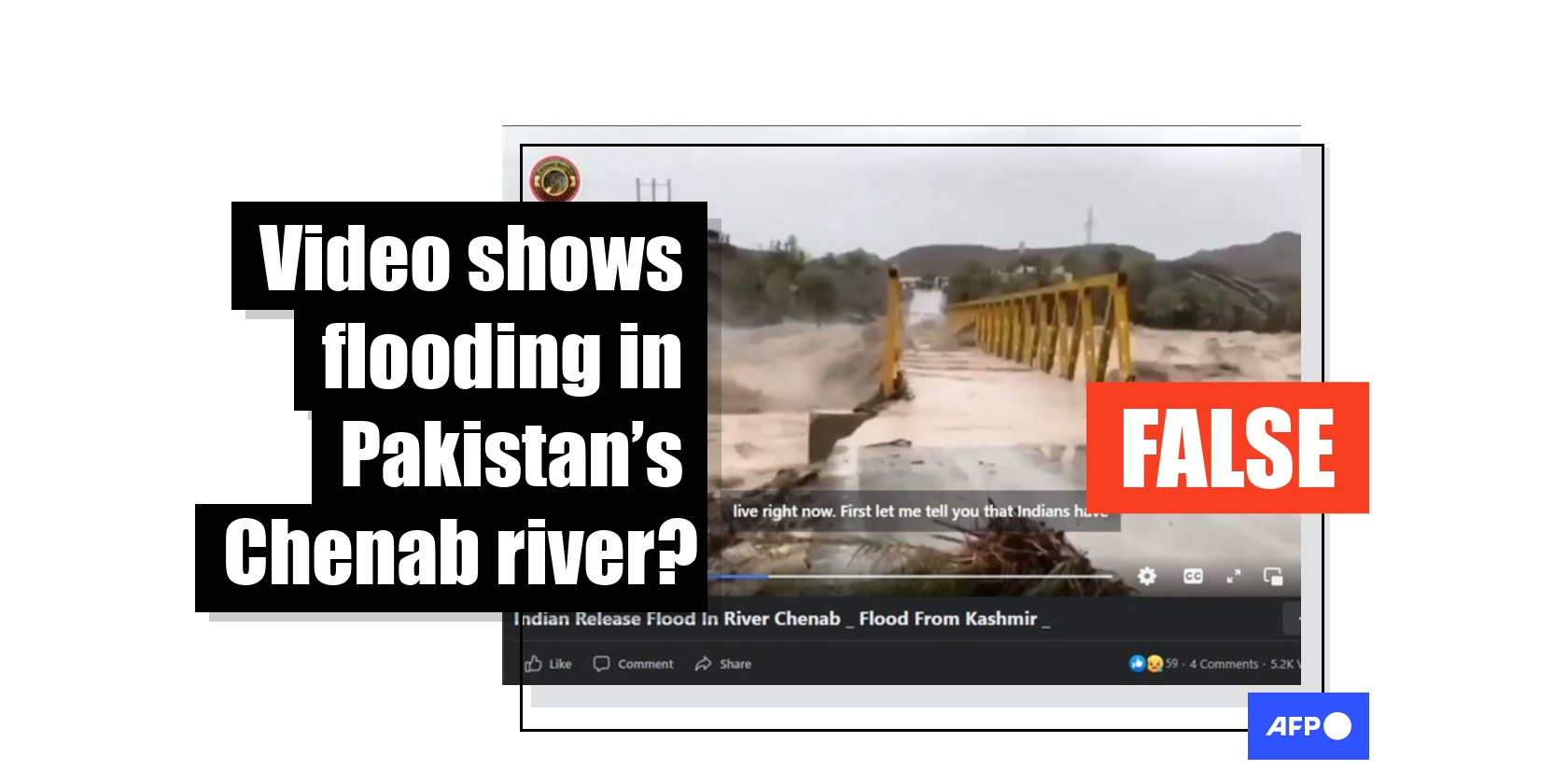 Video shows bridge deluged by floodwaters in Iran, not Pakistan

Footage of floodwater crashing over a bridge has been viewed thousands of times in Facebook posts that claim it shows a river overflowing in Pakistan-controlled Kashmir after India reportedly dumped floodwater there in July 2022. However, the clip was actually filmed in Iran in January 2020, when flash floods caused massive damage in southeastern Sistan-Baluchistan province.

"Indian Release Flood In River Chenab _ Flood From Kashmir," reads a Facebook post from August 1 written in English and Urdu.

"Recite Kalima (verses from Quran) and pray before Allah for this calamity. Stay safe everyone."

The Chenab river, which passes through India and Pakistan, often floods during monsoon rains in the summer months.

The video, viewed more than 5,400 times, has Urdu text superimposed which says that India released 300,000 cusecs (cubic feet per second) of water into the Chenab river flowing through Pakistan-controlled Kashmir after ten hours of heavy rain.

In the video, a man off-camera says in Urdu: "Allah, I beg forgiveness from you. I am showing you live (footage). First, I may tell you that India has released 300,000 cusecs of water into the Chenab river.

"In Kashmir, there have been rainstorms for ten consecutive hours and this flood from Kashmir is going into the Chenab river."

Multiple Pakistani media reports have claimed that India discharged floodwaters into Pakistan's side of the Chenab river in July 2022, but AFP has not found any Indian reports of such discharges in the same month.

India’s water resources ministry could not be reached for comment.

The same video was shared alongside a similar claim in Facebook posts here, here and here.

A reverse image search traced the video to reports about floods in Iran in January 2020.

The same video was published in a report about the floods published by Iranian media outlet Aparat on January 12, 2020.

The bridge in the footage corresponds to photos published by Iranian construction firm Shadab Company in 2019.

The floods caused massive economic losses in the province, Iran's Financial Tribune reported, listing Nikshahr as one of the towns affected.