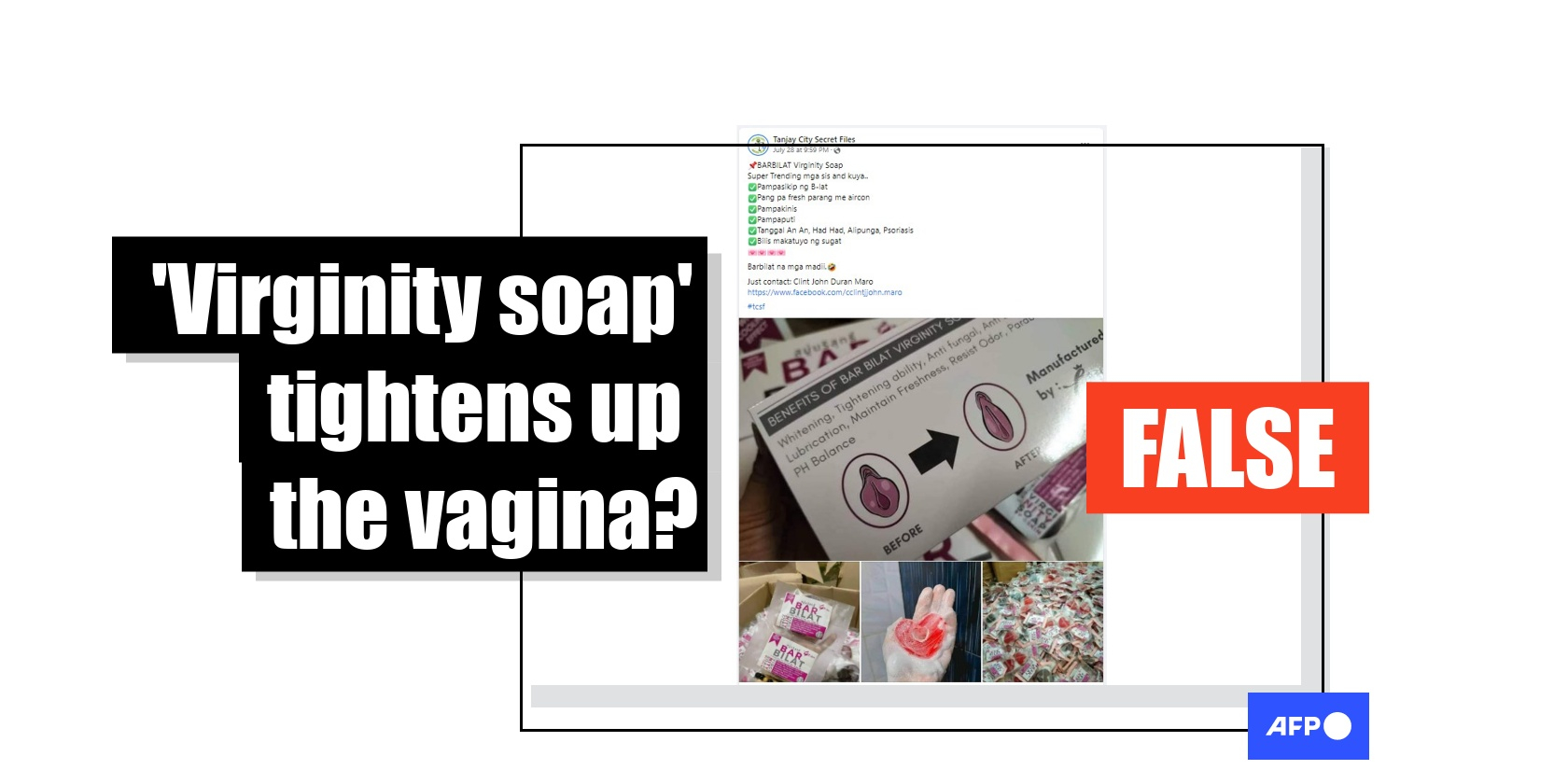 Facebook and TikTok posts have circulated in the majority-Catholic Philippines promoting a medically approved brand of "virginity soap" that can apparently tighten a woman's vagina and treat several skin conditions. The Philippine Food and Drug Administration, however, has not approved the product and warned against its use. Doctors told AFP the soap cannot tighten up the vagina or treat skin conditions, while a local women's rights group said posts advertising it were "discriminatory".

The post's caption says the soap can effectively "tighten up the vagina" and "cure tinea, jock itch, athlete's foot, psoriasis".

"We promise it's proven safe and effective. FDA approved with anti-fungal, anti-bacterial [sic]," the caption adds. 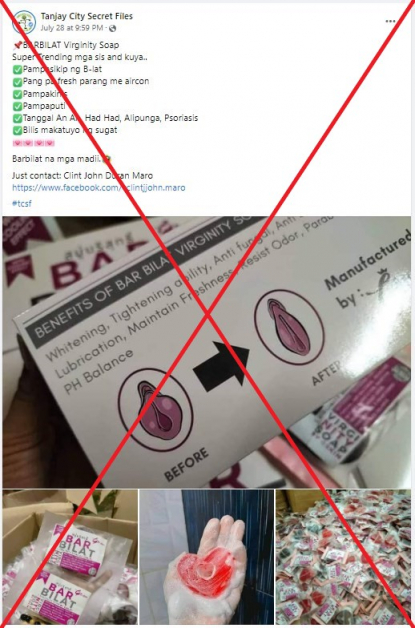 Photos of the soap were shared alongside a similar claim on Facebook here, here and here; and TikTok here and here.

On July 21, the FDA said it had not approved the soap, warning it "may pose health risks to consumers".

"Potential hazards may come from ingredients that are not allowed to be part of a cosmetic product or from the contamination of heavy metals," the FDA said.

"The use of substandard and possibly adulterated cosmetic products may result in adverse reactions including, but not limited to, skin irritation, itchiness, anaphylactic shock and organ failure."

Jean Enriquez, executive director for the Coalition Against Trafficking in Women - Asia Pacific, said the adverts were spreading "false medical claims" for the "sake of profit".

"[These adverts] are false not only in terms of claims in relation to our bodies but also from a women's rights framework which condemns discrimination based on sex," she said.

"[They] aggravate the idea that women are inferior to men and that their esteem and happiness depends on acceptability to these patriarchal standards. It is long due for women, and also men, to reject these norms."

Keyword searches found the soap was not listed in FDA's cosmetic products database as of August 19.

Health experts also warned the product could be harmful.

Responding to the false posts, Dr. Marianne Austria, an obstetrician-gynecologist from St. Clare's Medical Center, told AFP: "The tightening of the vagina or the vaginal canal up to this time cannot be addressed by using soaps or ointments, even if they are botox-based."

"The skin down there is sensitive so I advise against using such a soap, especially since the FDA has issued a warning against it," she added.

Lao-Ang also warned against using unregistered products "as these can worsen pre-existing conditions."

It is "misleading" to claim a soap can be used for psoriasis, she added.

"Psoriasis is a lifelong condition, and controlling it is done by using prescribed topicals, oral medications, phototherapy and other systemic treatment," she said.

"Psoriasis goes beyond the skin. It is known to have an autoimmune and genetic involvement."

The World Health Organization describes psoriasis as "a chronic, non-communicable, painful disfiguring and disabling disease for which there is no cure".