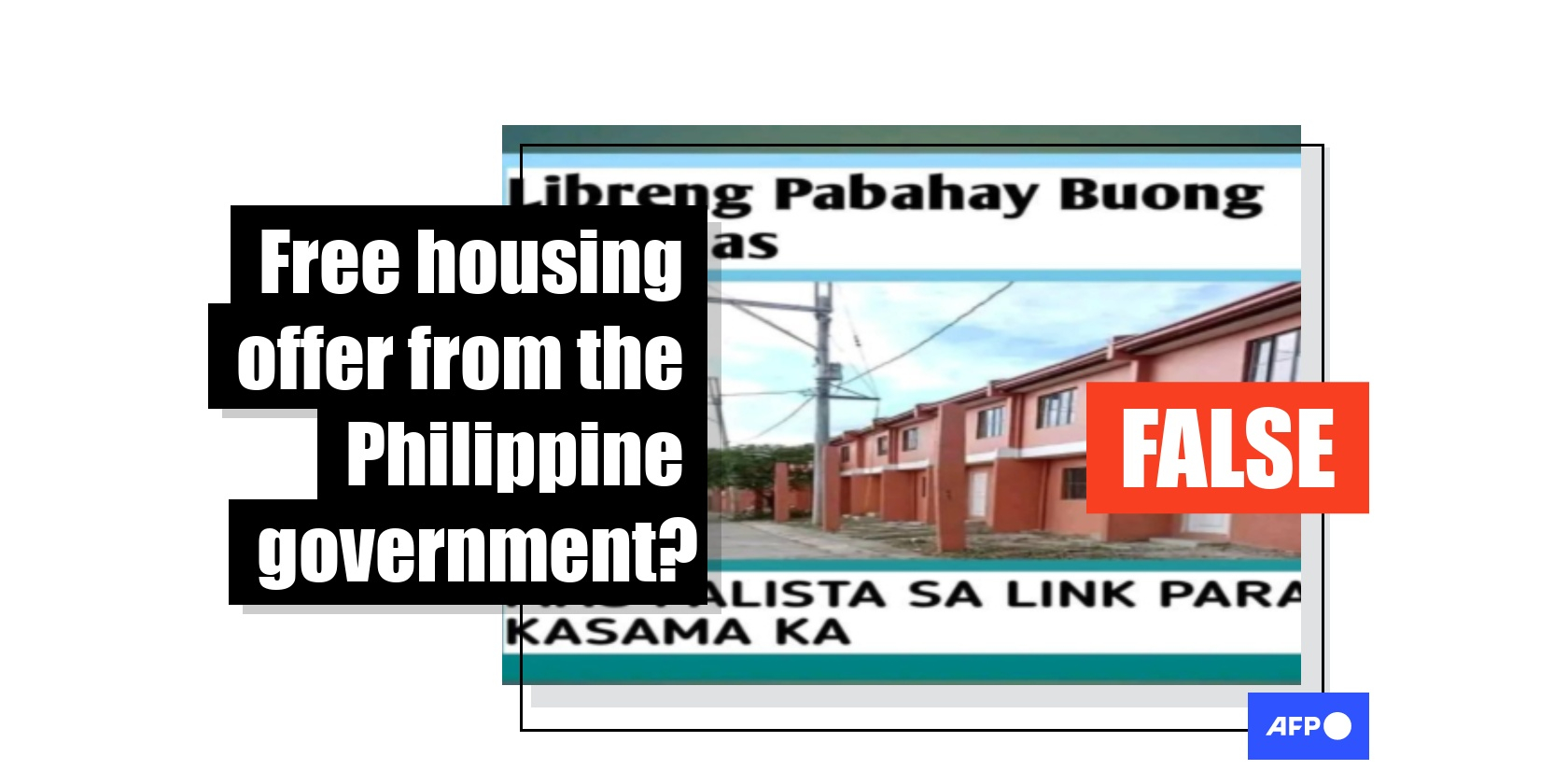 A graphic purportedly from the Philippines' Department of Social Welfare and Development promoting a "free housing" programme has been shared thousands of times by social media users in the country. However, the graphic was shared by a Facebook account impersonating the country's social welfare agency. An agency representative told AFP it has no "free housing" programme.

The Tagalog-language graphic was shared on June 24 on a Facebook page called "DSWD" -- the initials of the Philippines' Department of Social Welfare and Development.

It translates to English as: "Free housing for the whole of the Philippines. Sign up through the link so you will be included."

The post includes a link to a blog called "DSWD NEWS AND UPDATE".

The blog promotes a cash handout offer and features images of Ferdinand Marcos Jr and Sara Duterte -- whose terms as president and vice-president start on June 30. 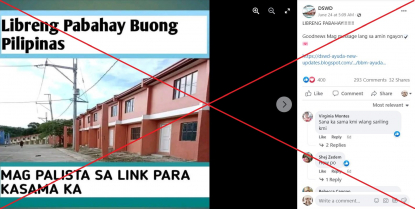 The identical graphic was also shared more than 2,400 times on Facebook here, here and here.

"Hope I will be chosen so we will have our own house," one wrote.

"I wish we are included... we are renting... for 9 years now," another comment reads.

But Irene Dumlao, the officer-in-charge of the agency's social marketing service, told AFP: "DSWD has no free housing program."

The DSWD's official page features a blue verification badge, which indicates that Facebook has confirmed it is an authentic profile.

It was created on September 7, 2010 and has over a million followers.

In contrast, the imposter page is not verified and has only 24,000 followers. It also claims to be a "personal blog".