Image of mass gathering was taken at birthday celebration for Thai king, not in Kenya

An image of a vast crowd wearing yellow has been shared in multiple Facebook posts purporting to feature supporters of Kenyan Deputy President William Ruto during a recent political rally. Ruto is a key contender in high-stakes national elections scheduled for August 9, 2022. But the claim is false: the picture shows Thais in Bangkok a decade ago celebrating the birthday of former king Bhumibol Adulyadej, who died in 2016.

On June 4, 2022 - the day Ruto was cleared by the country’s electoral body to challenge for the presidency - this Facebook post published an aerial image of a crowd on a public group with more than 80,000 followers. 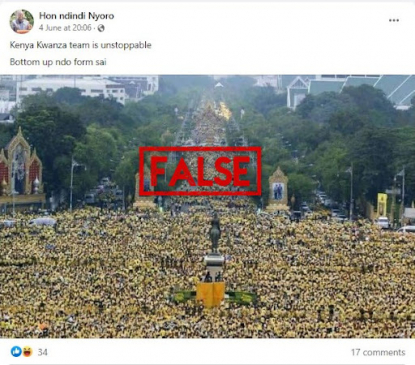 Kenya Kwanza is an alliance of political parties that collectively support Ruto’s latest bid for the presidency in August.

Also on June 4, Ruto held a rally in Nairobi’s Kamukunji grounds. This is one of the most important public spaces in Kenya’s political history: in 1990, thousands gathered here to usher in a new era of multiparty democracy, ending one-party rule.

Another Facebook post also shared the image and implied the crowd had congregated at Kamukunji grounds in support of Ruto. 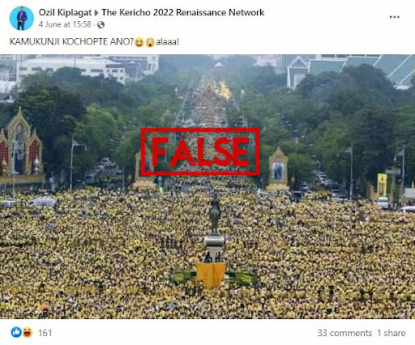 But AFP Fact Check found that the image is unrelated to Ruto or Kenya.

A reverse image search shows the photo was taken 10 years ago during the 85th birthday celebrations of Thailand’s former king Bhumibol Adulyadej.

On December 5, 2012, at least 200,000 people dressed in yellow, the colour associated with Adulyadej, flooded the capital Bangkok to mark his birthday. The public holiday also coincides with Father’s Day in Thailand.

While yellow happens to be one of the colours used by Ruto’s political party United Democratic Alliance (UDA), the image does not show his supporters. In fact, this video report by Al Jazeera on the Thai king’s celebrations captures the exact angle of the picture used in the misleading posts. 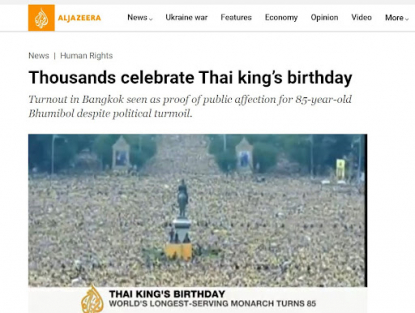 The image was taken at Ananta Samakhom Throne Hall which is a royal reception hall in Dusit Palace in Bangkok. Google Maps shows this exact spot, as well as matching landmarks and features seen in the various visuals from the day. 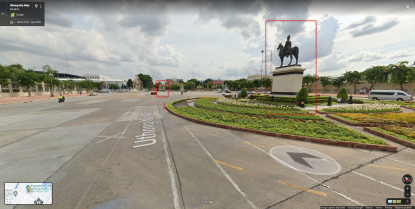 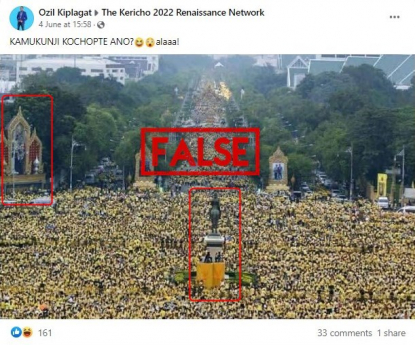