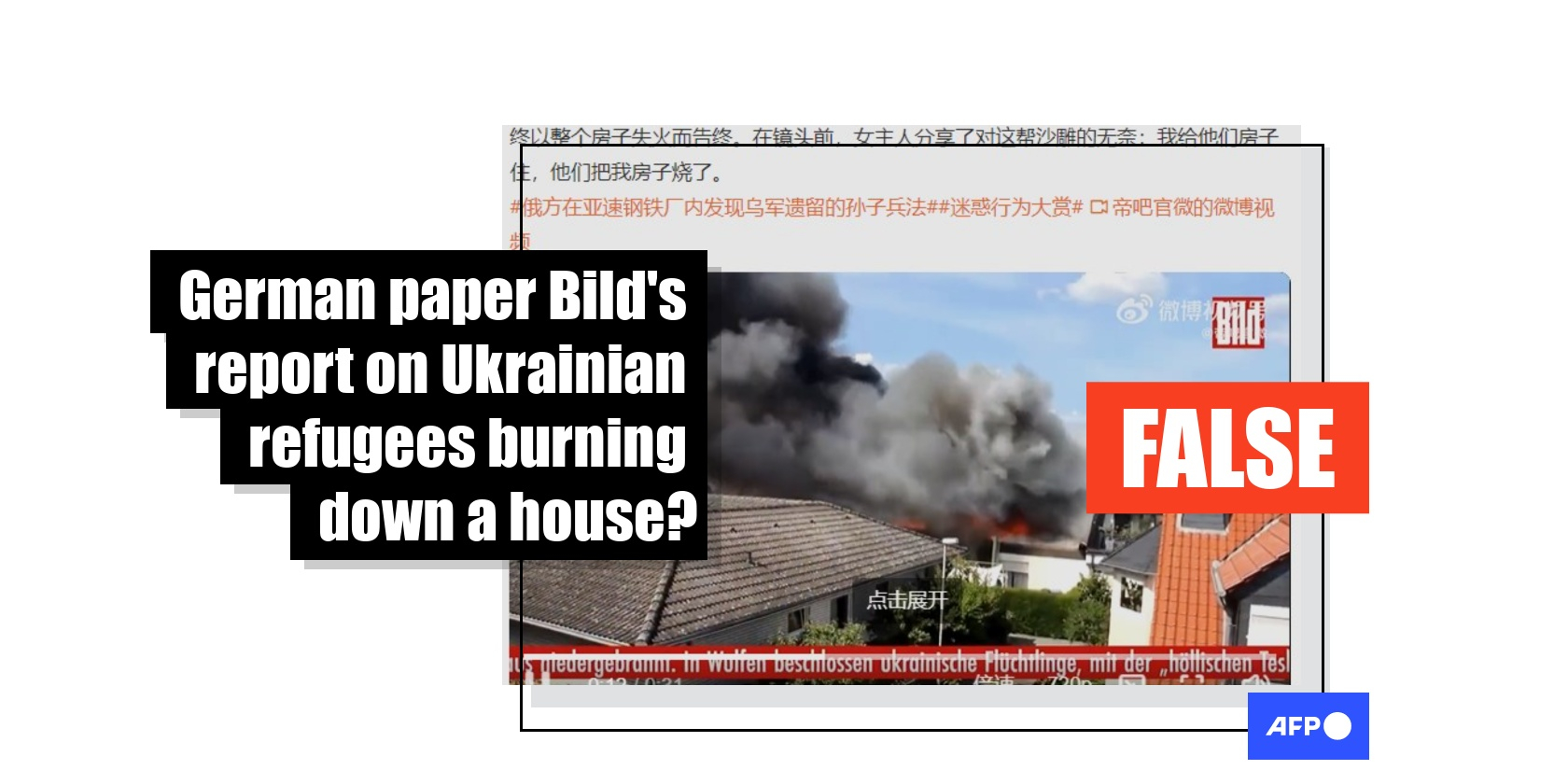 A video has been viewed hundreds of thousands of times in social media posts that claim it is a report by German tabloid newspaper Bild about Ukrainian refugees who burned down a house while attempting to set fire to a Russian flag. However, the claims are false; AFP found the video had been fabricated using unrelated old clips to look like a real Bild production. A spokesperson for the newspaper confirmed the report was not genuine.

It appears to show a Russian flag set on fire with a Tesla coil, a device used to produce high volts of electricity. It is followed by clips of a burning house and a woman being interviewed in a damaged home.

The Chinese-language caption translates in part to: "Ukrainian refugees in Germany trying to burn a Russian flag ended up burning down a house provided to them by German people."

It goes on to allege the fire was caused by a malfunctioning Tesla coil and that a woman who owned the home accused the "idiots" for burning down her house despite her offer of hospitality.

The 31-second video includes the Bild logo in the top-right corner.

It is datelined May 10, 2022 in Wulfen, a village in Saxony-Anhalt, a state in eastern Germany.

A German-language chyron on the video makes the same claim. 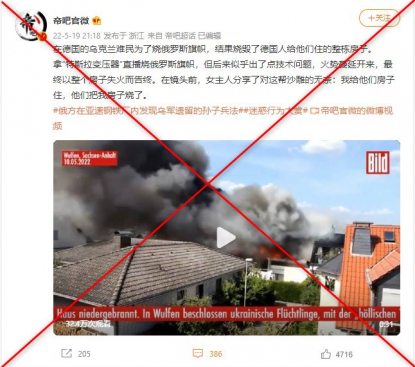 More than three months into Russia's invasion of Ukraine, nearly half of the 6.6 million refugees fleeing the country have moved on from border nations into Germany, the Czech Republic and Italy, according to the United Nations.

The video has also been shared with a similar claim elsewhere on Weibo, Twitter, YouTube and Douyin, the Chinese version of Tiktok

The video also circulated in other languages, including German, Russian and Bulgarian.

However, the claim and the video are both false.

Reverse image and keyword searches on Google found Timo Lokoschat, Bild's deputy editor in chief, responded to the claim on Twitter on May 17, 2022, saying: "The truth is: BILD never wrote this report. It is completely fake."

Bild's spokesperson told AFP on May 20, 2022, that the purported news report is false.

A local police officer told AFP on the same day that he had not heard of a fire involving Ukrainian refugees.

No police reports about fires were filed in the Anhalt-Bitterfeld district, which includes Wulfen, between May 9 and May 11, 2022.

A search for the social media handle "market415", seen at the beginning of the video, found an Instagram account belonging to a student at the Czech Technical University in Prague.

Account owner Marek Novotny confirmed that he had made the clip used in the false video to show support for Ukraine.

"I've now deleted it from Instagram and made it private on YouTube. I don't want the video to cause any more damage," he told AFP on May 20, 2022.

Novotny sent AFP the private YouTube link to the video for verification.

Below is a screenshot comparison of the video in the misleading post (left) and Novotny's video (left): 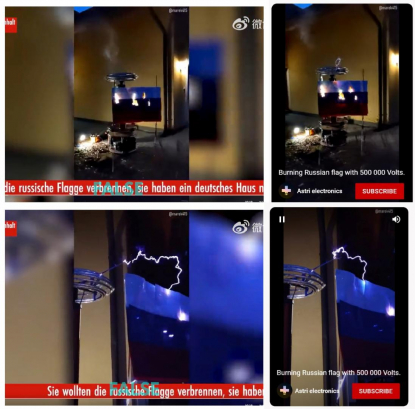 A reverse image search found the clip of a burning house corresponds to this video, posted on YouTube on July 19, 2013.

It is titled: "House burning in Walluf, Germany."

Walluf is a municipality in southwestern Germany.

Below is a screenshot comparison of the video in the misleading post (left) and the YouTube video (right):

Regional media portal Wiesbaden 112 reported about the fire on July 19, 2013.

It also posted photos corresponding to the scenes in the video on Flickr.

Below is a screenshot comparison of the video in the misleading post (left) and the Flickr photo (right):

The final section of the false video corresponds to an actual Bild report about a fire in Osterholz, Lower Saxony, in northwestern Germany, on January 27, 2021.

The clip can be seen from the 55-minute, 25-second mark of Bild's live broadcast on YouTube here.

Natalie Michalski had lost her mother to cancer and her house to a fire two weeks later, according to local media reports.

In the interview with Bild, Michalski said the fire had affected her mother's bedroom.

Below is a screenshot comparison of the video in the misleading post (left) and the Bild video (right):